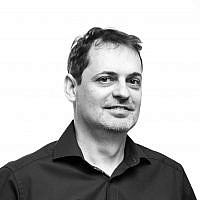 The Blogs
Zoltan Nemeth
Apply for a Blog
Advertisement
Please note that the posts on The Blogs are contributed by third parties. The opinions, facts and any media content in them are presented solely by the authors, and neither The Times of Israel nor its partners assume any responsibility for them. Please contact us in case of abuse. In case of abuse,
Report this post. 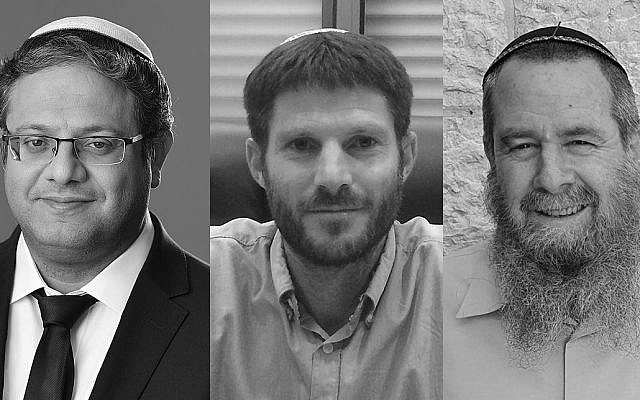 At the end of December, the most extreme government in Israel’s history was formed, with ministerial positions of two far-right, ultra-nationalist party leaders, Itamar Ben Gvir (Otzma Yehudit) and Bezalel Smotrich (Religious Zionism). These two parties, in alliance with the vehemently anti-LGBTQ Noam party, won 11% of the vote in the last elections, making them the third largest political force in Israel.

Please imagine hearing the following statements from the actors of the political discourse:

How did it make you feel? What did the above sentences remind you of? Now replace the word “Jews” to “Arabs”. Hundreds of thousands of Arabs/Palestinians living in Israel are now feeling what you just felt.

These statements were made by the leaders of the above-mentioned parties, who have been given ministerial positions, thus bringing far-right, racist ideologies to an all-time high presence in the Israeli parliament. It can no longer be said that the common settler violence in the West Bank, the hate crimes against Arabs/Palestinians or the call for different rights for Jews and non-Jews are just a marginal phenomenon in Israel, as the political forces that support them are already in the government.

Otzma Yehudit is the ideological heir of Kahanism, whose original form is considered to be a terrorist organization in both Israel and the USA. Rabbi Kahane advocated the annexation of the Palestinian territories and the expulsion of Arabs from Israel. Although in his youth Ben Gvir supported the same idea, he has now refined his position and only wants to deport Arabs who are “not loyal” to Israel. However, he still considers Baruch Goldstein to be a hero (whose photograph adorned the wall of his house for years), who killed 29 Muslims praying peacefully at the Cave of the Patriarchs in Hebron in 1994.

Ben Gvir provides legal and financial aid to settler families in the West Bank, including residents of illegally built outposts, and to Jewish terrorists who have terrified Palestinians in recent years by throwing stones, razing their fields, burning their cars and houses and physically abusing them. Ben Gvir also works closely with Lehava, another Kahanist movement, which primarily focuses on eliminating mixed relations between Jews and non-Jews. 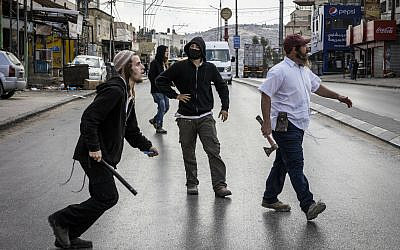 Smotrich, who himself is a settler in the West Bank, sees Arabs living in Israel as his “enemies” and a possible “fifth column” against the country, who should have been kicked out when the State was created. He opposes Jews and non-Jews living together, offers support to those who refuse to sell property to Arabs, and calls for Arab and Jewish mothers to be separated in maternity wards. He also describes himself as a “proud homophobe”.

As a descendant of Holocaust survivors, it is terrifying to hear these statements from Jewish politicians. Until now, it seemed unimaginable that in a country that wants to be a shelter for Jews persecuted by such ideologies (among others), these ideologies could become so strong. We in the diaspora know exactly what the consequences of such statements are. We are experiencing first-hand the hate crimes of Ben Gvir’s and Smotrich’s ideological brethren throughout the world.

It is our responsibility to remind our Israeli brothers and sisters that far-right ideas such as these led to the terrible tragedy of our people in the 20th century. Thus the memory of our own parents and grandparents is desecrated by what is happening in Israel today. Therefore, Diaspora Jews must speak out firmly and strongly in all forums against the spread of hateful, racist and homophobic far-right ideas in Israel.

Thus the memory of our own parents and grandparents is desecrated by what is happening in Israel today.

Israel has embarked on a path that the Jews of the Diaspora cannot follow. It is not possible to both preserve the memory of the Holocaust – drawing the world’s attention to the terrible consequences of far-right ideas – and at the same time to support the current Israeli Government. It is the duty of every Diaspora Jew to raise awareness and to help the State of Israel to return as soon as possible to the dream on which it was once founded.

About the Author
Zoltan lives in Budapest. He has a BA in Jewish Studies, and an MA in Psychology. He is a member of the Ohel Avraham Neolog Jewish Congregation in Hungary.
Related Topics
Related Posts
Zoltan Nemeth