The Blogs
Veysi Dag
Apply for a Blog
Please note that the posts on The Blogs are contributed by third parties. The opinions, facts and any media content in them are presented solely by the authors, and neither The Times of Israel nor its partners assume any responsibility for them. Please contact us in case of abuse. In case of abuse,
Report this post. 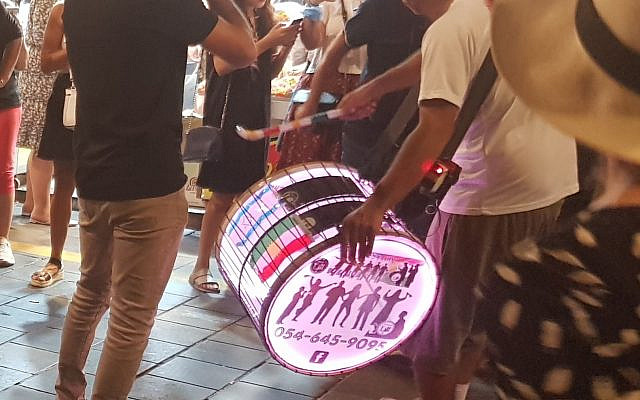 The author took both images in Jerusalem!

A drum; decorated with the Kurdish and Israeli flags and which is accompanied by the sounds of a shawm, has enticed a diverse crowd in the Machane Yehuda market in Jerusalem. Passers-by join a traditional Kurdish folk-dance. Subsequently, Kurdish music starts to blare from portable loudspeakers, drawing more attention. A few strides past the musical street performances, the images of Kurdish cities, towns, and landscapes, along with pastoral scenes of traditional Kurdish life from the four parts of Kurdistan, adorn the walls of several streets and squares in Jerusalem. What’s more, several synagogues and streets in different neighbourhoods of Jerusalem are named after some Kurdish cities, towns and landscapes. Thanks to the Kurdistani Jewish community, the presence of Kurdish traditions, culture, homeland, and heritage is ubiquitous in the streets and squares of Jerusalem.

Kurdistani Jews are assumed to be one of the scattered Jewish segments of the Lost Ten Tribes of the people of Israel. It is thought that this segment of people was displaced to Assyria in the 8th century BC. They were then deported to Babylonia in 586BC from the Land of Cannan and consequently settled in Mesopotamia. This scattered Jewish segment turned Mesopotamia; which covers a region spanning modern day Kurdistan, Iraq and Syria, into their home for 2000 years. Over this period, the dispersed people of Israel socialised with Kurdish tribes in Mesopotamia through marriage, trade and in their shared neighbourhoods. They learned various dialects of the Kurdish language and acquired aspects of Kurdish culture. These exiled people planted their roots in Kurdish territories, and as such constructed a “territorialised identity” based on their cultural and social relationship with Kurdistan. Ultimately, this segment of the exiled Jewish population assumed a Kurdistani identity, which served as the common ground for their cultural and social activities with Kurds to date. Even after the Kurdistani Jews’ immigration to Israel following its creation in 1948, they still remained affectively oriented towards the territory of Kurdistan. Communities who settled in Israel maintained the culture and traditions acquired from this time of historical overlap. Therefore, they are imbued with deep sentiments that they can trace back to their diverse ancestries in Mesopotamia. Thus, whilst they observe Judaism, they are oriented territorially and culturally towards Kurdistan. This nexus underpins the Kurdistani Jews’ engagement in cultural and social activities in Jerusalem, and illustrates how these are rooted in modern-day Kurdistan. 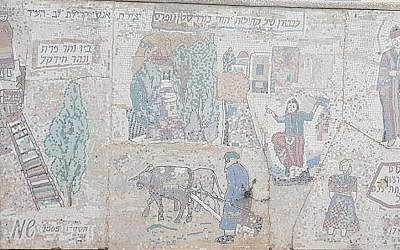 Similarly, the Kurdish segments in the diaspora express their historically rooted relationship with the Kurdistani Jewish community. In my interviews as an anthropologist of the Kurdish diaspora, many of my interlocutors, including Kurdish politicians and grassroots organizations in the diaspora, have underscored that they desire the return of the Kurdistani Jewish community to Kurdistan as they are neighbourhoods in Rojava (Northern Syria) and the Kurdistan region of Iraq.  Moreover, the Kurdish diaspora segments are willing to establish strong relationships with Israel as they believe that Jewish and Kurdish communities share a common culture and history of suffering due to their permanent persecution and statelessness. They also believe that both communities are currently threatened by the authoritarian and repressive regimes in the Middle East. In addition, the Kurds praise the progressive and secular model of democracy in Israel that grants various communities the right to enjoy their civic, cultural, religious and social rights. I could, for example, observe that the street signs, names of public squares, public transport and most institutions are in Hebrew, Arabic, English and Russian. Kurdish and other ethnic and religious communities practice their culture and tradition freely in Israel. Therefore, the Kurdish presence, with its symbols, signs and names, are not only permitted but also promoted in Israel, while the Iraqi, Persian, Syrian and Turkish regimes ruling the Kurdish homeland not only bans Kurdish society and other multi-ethnic and multi-religious communities from practicing their cultural identity and their right to exercise their civic rights, but also from questioning their basic rights of existence. For example, the Kurdish population in Turkey, Iraq and Syria is under permanent bombardment by Turkish and Iranian military operations and those of their Sunni and Shia mercenaries. There is not a single day that passes when there are no Kurdish and Yezidi victims in Rojava or in the Kurdish region of Iraq, caused either by Turkish or Iranian military operations. The Kurdish population, culture, and language in Turkey are also subjected to daily racist attacks and physical elimination by the Turkish authorities, institutions, and the public.

The diverse Kurdish leaders and constituencies in the European diaspora from Syria, Turkey, Iraq and Iran express their determination to cooperate with Israel against anti-Semitism in Europa, Kurdistan and beyond, as well as against the collective threat that the Kurdish and Jewish communities face in the Middle East. They identify themselves as strategic and unique friends of Israel and wish that the Israeli government would adopt a politics towards the Kurdish community which does not regard the Kurds as subjects of Israeli foreign politics but rather as strategic partners in the Middle East. Kurds in the diaspora support the Israeli political approach that is not confined by the proverb “the enemy of my enemy is my friend,” or informed solely by Israeli security interests. Rather, the Kurds wish that Israel considers the strong cultural, historical, social, and territorial relationship between the Kurdish and Jewish communities throughout the Middle East. Having considered this Kurdish and Jewish affinity, Kurdish diaspora actors have joined Jewish leaders to understand Israel as an “ingathering of exile” from around the world. In other words, they refer to the complex cultural and social diversity of the Jewish society, which the Israeli political leaders successfully manage to create social cohesion, unity, and intra-community reconciliation. Therefore, Kurdish diaspora actors wish that Israel would also contribute its experience in this realm by assisting in the reconciliation among the main Kurdish political actors in the Middle East to prevent their instrumentalization, fragmentation, and the escalation of intra-Kurdish conflicts in Iraq and Syria which are instigated by the anti-Israeli hostile regimes of the Iraqi, Iranian, Syrian and Turkish states. As a result, the main Kurdish actors become depended on these hostile regimes, are in their hands and instrumentalised. This approach is extremely detrimental to the Kurdish nation-building process as well as to Israeli interests. However, the success of intra-Kurdish integration with the assistance of Israel could prevent the Kurdish actors from playing the game of these anti- Israeli and anti-Kurdish regimes, advance the Kurdish nation-building process and contribute to project of Israel to promote security and peace in the Middle East. This implies the failure of these regimes and benefits the interests of Israel and its Kurdish friends, to promote peaceful coexistence in the Middle East.

Note: The author took both images in Jerusalem!