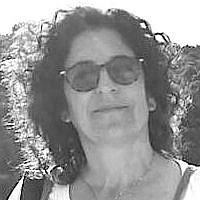 The Blogs
Sue Surkes
Apply for a Blog
Advertisement
Please note that the posts on The Blogs are contributed by third parties. The opinions, facts and any media content in them are presented solely by the authors, and neither The Times of Israel nor its partners assume any responsibility for them. Please contact us in case of abuse. In case of abuse,
Report this post.

In the forests of Central and South America, the females lay their eggs on passion flower leaves because they provide a nutritious source of food for very hungry caterpillars.

These larvae can strip a plant to death.

In what scientists refer to as coevolution, the plant and the butterflies are constantly developing new weaponry with which to overcome the resistance of the other.

The plant, for example, has evolved cyanogenic glucosides that make it toxic.

The butterfly, in turn, has evolved to be able to use the toxin for its own defense.

The plant has countered with other anti-caterpillar mechanisms, among them leaf variegation to suggest to the butterfly that it is sick, and nectar-producing glands to attract ants that will eat the little invaders.

Some species of passionflower have evolved hooked structures called trichomes to trap the chomping insects. Research suggests that the larvae of at least one long wing species have learned to cover the trichomes with mats of silk on which to tread and bite off the hooks’ tips.

But perhaps most remarkable of all, species of the plant have been found with small yellow dots on their leaves. The dots are the color, shape and size of the butterfly eggs, and are aimed at deterring the female butterflies, which prefer not to lay where eggs are already present.

Call this random mutation, which underpins the theory of evolution. According to this theory (now being questioned), genetic mutations are passed down the generations, enabling some species to survive, while spelling extinction for others.

Or call it the manifestation of a designing hand.

Many people study Torah and see in it divine perfection.

I study nature. To me, it encompasses whatever it is that we call divine.

As I sat in synagogue on Yom Kippur, I wondered how it could be that we Jews beat our breasts as we list all the sins we perpetrated upon our fellow human beings, but say nothing about the ways in which we are accomplices to the wanton destruction of the planet that sustains us all, and that, in all its beauty and sublime complexity, surely reflects the divine.

The Torah itself is remarkably progressive on nature and environmental issues.

In prohibiting the permanent sale of land “because the land is mine and you are but aliens and my tenants,” Leviticus (25:23) states clearly that humans are custodians, not owners, of G-d’s earth.

Bal Tashkhit, Aramaic for ‘you shall not destroy,” comes from a Torah command not to destroy the enemy’s fruit trees, even in war (|Deuteronomy 20:19). Maimonides, the influential medieval scholar, extended this prohibition to wanton destruction of other important aspects of life, among them wells and food.

Jewish scripture even deals with noise, nuisance and pollution controls. Threshing floors (probably the ancient equivalent to today’s power stations in terms of causing respiratory disease) were to be located at a specified minimum distance from towns. (Mishna, Baba Bathra, 2:8)

So isn’t it time that we update the liturgy to include our responsibility for polluting the planet’s air, water and soil? For cutting down forests each year that, combined, equal the size of Iceland? And for standing by as our governments and businesses take their time to deal with the global warming emissions that are causing climate change and the voracious destruction of habitats that is speeding up species extinction?

Hasn’t the moment come to stop suppressing what we all know to be a despicable livestock industry that rears and slaughters animals with unspeakable cruelty?

Of course, understanding — and expressing regret — for humanity’s ongoing damage of Planet Earth is not sufficient.

Internalizing responsibility and acting in earnest to do something about it characterizes few governments today — and ours is not among them.

But we are not powerless to change things.

Israeli elections are approaching, giving us the opportunity to choose parties with members that have a proven environmental record.

And there’s a practical, blue and white way to help conserve biodiversity where help is most needed.

That’s by joining This Is My Earth, probably the world’s first international, democratic, volunteer-based, crowdfunded, nonprofit organization geared to buying land where biodiversity is rich but threats are imminent. For a minimum membership fee of just $1 per year, you get to vote on which threatened habitat should be saved.

The Talmud says “whoever preserves one life, it is as if he has preserved an entire world” (Sanhedrin 37a). By helping to save just one biodiversity hotspot, you will benefit wondrous creatures like the Heliconian butterfly and in doing so, will also help to save a whole world.

About the Author
Sue Surkes is The Times of Israel's environment reporter.