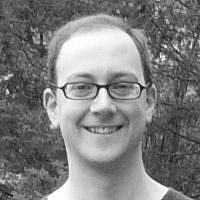 The Blogs
Ben Sandler
Apply for a Blog
Advertisement
Please note that the posts on The Blogs are contributed by third parties. The opinions, facts and any media content in them are presented solely by the authors, and neither The Times of Israel nor its partners assume any responsibility for them. Please contact us in case of abuse. In case of abuse,
Report this post.

I grew up without an extended religious family, and my immediate family became more observant throughout my childhood. Therefore, most of my religious education came from school, rather than my family and community. I didn’t necessarily realize until much later in life that the Judaism I was taught was one approach to Judaism, but not the only one.

All of the schools I attended were headed by students of the Rav, and they closely followed the Brisker method of analyzing texts and relating to halacha. Everything was presented as logical; the goal of religious practice was to adhere as closely as possible to the details of what God wanted of us, as interpreted by generations of scholars. The way I understood it, halacha was not a means to a spiritual end, but an end in itself, and analyzing the details was necessary in order to fulfill our obligations.

I had no exposure to chassidus or chassidim in any form as part of my education. Anything I knew about Chabad probably came from David Berger, or jokes about them being the closest religion to Judaism (ha ha, snort). I of course also encountered Chabad in my travels, but never really thought about what they were doing living in the various places I went on vacation.

That all changed two years ago. After shuls started to reopen in the summer of 2020, a number of smaller local minyanim popped up, and the ones I found myself at were organized by people who were in some way connected to Chabad. At the time, they were more likely to prioritize inclusion of things like singing and children that other shuls felt were too dangerous at the time. This makes sense — every Lubavitcher rebbe was arrested at some point for practicing and spreading Judaism. They were not used to the expectation that living a religious life is always easy or safe. But they do it anyway.

That same fearlessness has stood out again in these times of rising anti-Semitism. While many people are advising Jews to hide any outward symbols of Judaism, Chabad maintains their distinctive mode of dress. When religious identity and belief is under attack, Chabadnikim are walking over to random strangers and trying to get them to put on tefillin and rekindle a spark of connection to Judaism. Shluchim in parts of the world that have very few Jews stand out even more, and perhaps take on more risk. All that takes a tremendous lack of self-consciousness, and the conviction to spread Judaism even when it’s uncomfortable, and possibly dangerous.

By davening with chabadnikim, I got a small window into a chasidic approach to Judaism that was fundamentally different from what I grew up with. Instead of prizing suffering (mesiras nefesh), there is a focus on joy (tamid b’simcha). While chasidim are still scrupulous on the details of mitzvot, they are seen as a pathway to infinitely deep levels of spiritual meaning. There is more of an emphasis on the esoteric and mystical aspects of the world, as seen and experienced through our traditional texts and rituals.

I don’t know how much of this is unique to Chabad or common amongst other chasidim.  Chabad in a way seems like the Modern Orthodoxy of Chasidim.  They adhere strictly to mitzvot and minhagim, but also actively engage with the world, whereas most other chasidic groups have become very insular. Therefore, the beauty of chassidus becomes accessible to everyone, which was really the original idea of chassidus — to move away from a focus on the rarified intellectual to the common Jew.

Chabad continues to grow and become the face of Judaism around the world. There was recently a gathering of 5,000 shluchim who represent Chabad, and by extension Judaism, in over 100 countries and all 50 states. Compare this to about 1,200 shluchim when the Rebbe passed away in 1994.

And they really do represent the closest thing to authentic Judaism — they are fiercely committed to their own practice, while being totally accepting, welcoming, and loving of every Jew regardless of their level of observance. Chabad does not make it easy on themselves. They are more machmir on eruvin, and kashrut issues including shechita and chalav yisrael, which make it even more challenging to live in the far-off places that some shluchim commit to.  But they give up the comforts of a major Jewish community to be there for the lost Jews, whether long term residents or just passing through, who maybe they can get to do one more mitzvah. And I’ve found that this combination of personal commitment plus dedication to welcoming and loving all Jews extends not just to professional shluchim but your average Chabad baalabatim as well.

In summary, I’m not planning on becoming a Chabadnik. I’m not going to start wearing two pairs of tefillin, and I’m not going to stop sleeping in the sukkah. But I am grateful to the openness of Chabad to help me understand that there are many pathways to God and the Torah, and for the inspiration to keep learning and growing in new and inspiring ways. And I understand why they are so successful and ubiquitous. In a time when tradition and parochialism seem out of fashion, they remain committed as ever. In a time of declining numbers of people who consider themselves religious, they are working hard to reverse that trend. And in a time when it seems increasingly risky to publicly identify as Jewish, they are out there on the streets, somehow finding the lost Jews.

Today is 5 Tevet, the day on which Chabad celebrates victory in a court case over the ownership of the library of the previous Rebbe. (It’s also the source of the song referenced in the title of this article.) In typical Chabad fashion, they celebrate not only that particular victory, but they use the day as a time to rededicate themselves to expanding libraries and increasing Torah learning.  What could be a better time to pick up a new book on chassidus or any other approach that will broaden and enhance your religious experience!

About the Author
Ben Sandler lives in Teaneck, NJ with his wife and children.
Related Topics
Related Posts
Ben Sandler