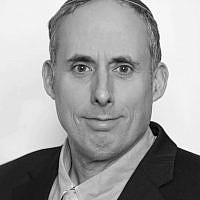 Robert was a sweet three year old boy nearing the end of his treatment for leukemia. He was doing well when my boss, a decidedly not difficult person, was called late Sunday night. Robert’s oncologist had noticed a new lesion on his leg and wanted to know if we could biopsy it. The next morning my boss asked to me see him.

Robert had a circular lesion in the middle of his left thigh with a necrotic center. The infectious disease specialist who was consulted was concerned that this was mucor and needed a biopsy as soon as possible. Mucor, short for Mucormycosis, is an aggressive fungus that infects immuno-compromised patients. It affects mostly elderly and diabetic patients, and can result in amputations and death.

Our biopsy confirmed the diagnosis.

Mucor cannot be treated by antibiotics alone and Robert would now need an operation to remove all the infected tissue in his leg.   In the past, this required multiple operations as there was no way to know intra-operatively if all the infected tissue was removed.  In the last decade new techniques have resulted in the ability to check the pathology during the operation ensuring all the mucor is removed and allowing the surgeon to remove all the infected tissue at one sitting.  Our hospital did not have the capability to perform these new techniques so our infectious disease specialist and the oncologist who was managing his case, recommended transferring Robert to another hospital that did.  I agreed.

Sending a patient to another hospital means a loss of income for the transferring hospital. It loses the operating room costs as well as the admission fees and whatever costs the treatment entails. Most hospital administrators are not doctors and don’t really understand what we do. They would never be able to understand why we need to transfer a patient for a treatment. Hospitals are in the business of making money and hospital administrators frown upon transferring patients to other facilities. Unfortunately, lots of chairmen also have problems transferring patients. They see it as an insult and take it personally.   If there is a hospital that can treat the patient better than we can, it means they are better than we are. It’s more emotion than logic.   The chairman of oncology didn’t believe that we couldn’t do the correct tests. In an obscenity filled rant, he told me the chief of pathology assured him we could and insisted I do the case. He was upset that we would even consider transferring Robert.   The infectious disease doctor on Roberts’s case received a similar phone call, as did the oncologist.

Just prior to bringing Robert to the operating room I called the head of pathology to make sure we could, in fact, perform the tests.   He informed me they would do their best but they couldn’t do the same test the other hospital did and it would be a few days before we knew if we had resected enough tissue.   I told the family that I believed they would be better off transferring their son to the other hospital now, before the infection got worse. They agreed.  An hour later, and to my surprise, my chief walked into the hospital dressed in scrubs.   He also got an obscenity filled call from the head of oncology and decided it would be easier to just do the operation and make everyone happy. He took Robert to the operating room and resected very little tissue. He told the parents everything went well and their son would not, most likely, need another operation. Everyone was happy and he couldn’t understand why I had to be so difficult. .

Being a difficult doctor usually works out well for the patients and bad for the doctors. We find it difficult to compromise when it comes to our patients and often get into confrontations when we are asked to. It’s not a difference of opinion; it’s a situation where everyone knows the best treatment but some are willing to settle for a lesser plan because it’s easier, cheaper or just available.   We tend to insist that patients get the preferred care rather than the available care. In short, in the minds of administrators and bosses difficult doctors are a pain in the ass.

Intussusception is a condition where a child’s small intestine telescopes into the large intestine and causes a bowel obstruction.   It usually happens between the ages of three months and three years and is almost always benign. Intussusception is treated by a special radiologic procedure called an air enema, which reduces the telescoped bowel.   An unsuccessful reduction requires surgery. In experienced hands the air enema is 95% successful, which means as a pediatric surgeon we rarely need to operate on these children anymore. At my hospital, the administration decided that it was ok to allow unsupervised, junior radiology residents to perform the enema studies at night and on the weekends rather than make a qualified attending come in and pay them.   This meant a lot of unsuccessful enemas and a lot of surgery. After doing more operations on these children in one year than I had done in most of my career I decided I had enough. Instead of operating on these patients when they most likely didn’t need it, I transferred them to another children’s hospital that had an experienced radiologist on call 24/7.   I am a surgeon and I like to operate but not if it isn’t necessary. My decision was met with quite a bit of objection from both the hospital and emergency room administration. I asked them a simple question. “If this were, God forbid, your child would you be ok with me operating on them if they most likely didn’t need it.”   To back up my decision I looked at our institution’s success rate. It was about 60% or 35% less than it should have been at a children’s hospital like ours.   The success rate at night and on weekends was virtually zero. The hospitals response was quick. I was called into my chairman’s office and told that if I didn’t stop making problems I would be fired. Other than that, the treatment of intussusception would not change.

Jews have always been difficult. Stiff necked is how the Torah describes us. Abraham refused to bow to the idols his father made; in fact he destroyed them. He is considered the father of all three monotheistic religions.   Yosef was so difficult his brothers joined together and almost killed him. In Egypt, Yosef was the leader of the largest empire in the world. His was the sole Jewish family in Egypt and he refused to assimilate. He kept kosher, dressed differently, and ate separate from, the rest of the Egyptian royalty. He was also responsible for saving the lives of countless citizens during a seven year drought. For all of this the Torah calls him tsadik, or righteous one.   The Talmud is full of stories of Jews who would not bend to the requests, no matter how minor they seemed, of kings or rulers and instead chose death.   But this is the real world and I am not Abraham, Yosef nor a Rabbi from the Talmud. I have gone to countless lectures on leadership, and the traits that make a good leader.   The reality is most of the leaders I have worked for succeeded because they were able to play nice with their boss and not rock the boat.   I realized early on that I couldn’t, and that my dreams of becoming a division chief or chairman would most likely not come true.

As for Robert, two days after his operation he became unstable and had to be transferred to the intensive care unit. He had a persistent fever and his entire thigh was red. He was septic from the mucor infection and needed another resection. I was worried if we didn’t do it right, he might need an amputation. It was the weekend and this time and I didn’t ask permission or speak to anyone before I transferred him. The accepting surgeon took Robert to the operating room that night.   He lost all of the skin, fat and underlying tissue, everything down to the muscle, from his hip to his knee but they were able to save the leg. In another couple of hours he would have needed his leg amputated at the hip. Robert’s parents were so upset they decided to stay at the other hospital and continue all of his care there. The oncologist that managed Robert’s case and tried to transfer him initially, resigned in protest and the infectious disease specialist filed a formal complaint to the administration about the head of oncology. My boss did nothing.  I no longer work there. He does.

About the Author
Marc Arkovitz is a pediatric surgeon living in Israel and an associate professor of surgery and pediatrics with more than 20 years experience working in both Israel and the US.