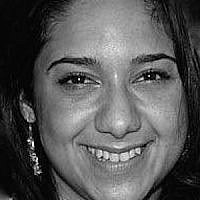 The Blogs
Nora Amr
Apply for a Blog
Advertisement
Please note that the posts on The Blogs are contributed by third parties. The opinions, facts and any media content in them are presented solely by the authors, and neither The Times of Israel nor its partners assume any responsibility for them. Please contact us in case of abuse. In case of abuse,
Report this post.

I remember the first time I disappeared.

You two were three and nine and playing submarine attack in the bathtub while our father was sleeping in the next room. You were shrieking with joy and terror as you took turns pulling each other underwater.

You woke him up with all that noise.

“I’m going to slaughter you.” It sounded like a snarl. A red mark dented your upper arm where his grip carved into it. “I’m going to slaughter you.” Your skin was all wrinkled and pruny from the water. Your eyes grew wide as each open hand burned angry welts onto your little skin. “That’s going to leave a scar,” I thought. You didn’t make a sound. You didn’t even move your arm. I didn’t breathe. We had learned by now that it was best to be quiet.

I unclipped from my body and soared far above the little two bedroom apartment the five of us shared; far above our building painted in uplifting bright colors so typical of Scandinavian ghettos; up past the bruises on your skin and the resignation on your face. “Why does everyone treat me so badly?” you used to ask me. And up there, looking down, I answered you, “It isn’t their fault, little brother, it’s ours. We were born to be treated this way.”

When it was over, I covered both of you in towels and took you into my room under my loft bed where we cried as carefully as we could.

Its 27 years later and there’s a fifteen year old who looks just like you pressed up against a wall outside my Jerusalem home. A khaki-cloaked thigh is forcing his legs apart while three machine guns make sure the rest of us stay passive. His young eyes squint with indignation. His jaw clamps shut and his fists clench powerlessly above his head. Other guys walk by him with a look that says, “So it’s your turn today….not to worry, it will be mine tomorrow.” Most of us pick up the pace. A tourist snaps a photo for their Facebook wall. The young man doesn’t make a sound. He doesn’t even move an arm.

The boys on my street all have your haircut; shaved sides with one lick of black hair down the middle. They get stopped at the train station. They get frisked and shoved. Their bags get ransacked and rummaged through, all their belongings worthlessly thrown about. They get ordered to lift up shirts and pant legs, to remove shoes and belts. Orders they obey while they quietly seethe.

What’s going to happen to all these boys? These boys whose rage hardens into hurdled rocks and burning tires. Boys whose anger and humiliation runs so deep it burns up the world. Boys who look just like you.

I wish I could reach back to tell you that all this ugliness….. it’s just circumstance, you know? It’s painful and unfair and insane, but it is just circumstance; just the noise that spins us around until that clichéd crack can let the light in. We can’t let it take us over. Otherwise we’re all ruin and rot bleeding out on a world that’s begging us to heal her. I wish I could re-wrap that towel around your little body, take you under the loft bed and whisper, in my voice until it becomes your own, “I love you. I love you all the way. The rest is just momentary insanity waiting for you to wake up.”

About the Author
Nora Amr is a mediator, conflict resolution professional, researcher and writer. She is involved in a number of co-existence projects and is dedicated to non-violence and social justice. She is a combination of Arab, European and American. She loves Jerusalem.
Comments