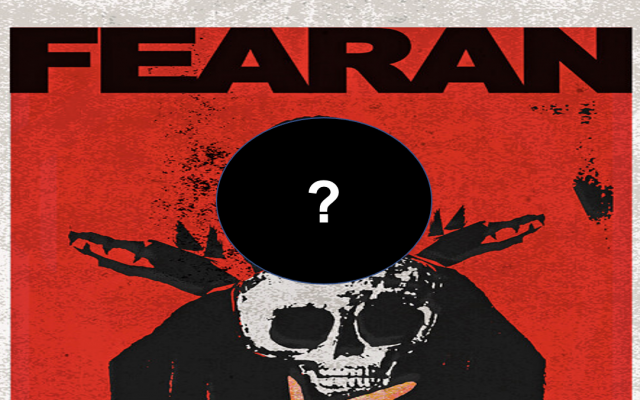 Credit Photo: via https://www.flickr.com/photos/aeneastudio/3657735814 by aeneastudio and adapted by Andy Blumenthal

Whether its Iran showing maps of Israeli targets to bomb, threatening to blow up Israel’s Dimona nuclear facility, stomping on the Israeli and American flags and chanting “death to Israel,” or railing against Israel at the United Nations, probably the greatest question facing Israel today is if and when to preemptively attack Iran’s dangerous nuclear weapons program.

Iran is 75x larger than Israel and their population is almost 10x that of Israel’s. Already in 2005, Iran’s president said that Israel is a “disgraceful blot” and should be “wiped off the face of the earth.” Frighteningly, given, Israel’s relatively small size, Iran could conceivably succeed with such an evil intent with just a single nuclear bomb delivered by ICBM or in the cargo hold of a ship at the port of Haifa.

It’s an interesting challenge that we all face trying to discern who is good and who is bad and what their intention is towards us. From the youngest of ages, as children, we already separate people into the “good guys” and the “bad guys.” Certainly, a foundation of Darwinism itself, where mankind evolves based on survival of the fittest is based on our being able to quickly size someone up and make a judgement call whether or not they are a danger and out to hurt us. If they are, our instincts force us quickly to go into fight or flight response. Of course, as we grow and mature, we learn that things aren’t so black and white, but that there are many shades of grey, and as such people can be “this” and “that” or good and bad depending on the circumstances.

While we as people struggle to understand the true nature of others and to see whether or not they may pose a threat to us, G-d does not have that problem. He sees people’s hearts for what they truly are. For example, the last few weeks, we are reading in the Torah portion about the Exodus of the Israelites from Egyptian servitude, and G-d says to Moses in advance (Exodus 11:9) that:

Pharaoh will refuse to listen to you that my wonders may be multiplied in land of Egypt.

Hashem knows in advance Pharaoh’s heart and that as the evil ruler of Egypt who has enslaved the Jewish people for hundreds of years, he will not just let the people go.  Through the first five plagues, Pharaoh, himself, is stubborn and refuses to let the Jews go. But then from the 6th plague, we see numerous times that the “L-rd hardened Pharaoh’s heart,” so that all 10 plagues could be visited upon them.

If only it was as simple for us to know and influence people’s intention towards us as G-d knew and controlled Pharaoh’s towards the Jewish people. For example, knowing whether Iran’s Ayatollah is really hateful and genocidal enough to try to actually nuke Israel should they attain breakout capability would make the decision of whether Israel should do a preemptive strike now that must easier to make. But unlike G-d, we don’t know man’s hearts or the future. The best that we can do is listen carefully to what they say and more importantly, watch what they do!

While people can easily utter falsehoods, like Iran saying that their nuclear program is for peaceful purposes only, the documents and computer drives that Israel captured in 2016 when they courageously raided Iran’s nuclear archive shows that Iran has been pursuing a dangerous nuclear weapons program for decades.

Thus, not only the hateful rhetoric of Iran’s leadership against Israel and the West, but also their ongoing malign pursuit of nuclear weapons, despite sanctions, gives away the true intentions of Iran’s Ayatollah.

I remember a number of job interviews over the course of my career where I watched various organizations’ silly attempts to try to evaluate me as a perspective employee. One asked for example, “What are the three worst things about you?” Another requested in the very first minutes of the interview that I tell them everything that my last three supervisors would say about me (and to be truthful because they will ask them afterwards). A third actually brought in a laptop, placed it down in front of me, and asked me within the next few minutes to prepare an executive memo to the entire staff of the organization. Okay, I understand prudence in hiring, but these seem more than a little ridiculous in trying to determine who someone is and what they are capable of on the job.

When it comes to Iran’s leadership, it is similarly ridiculous to try to discern their intent by asking what their nuclear program is for or what their cohorts have to say about them.

Words are cheap, and they are used for misinformation, deceit, and ultimately to surprise an enemy. The key to Iran is not to ask them to come clean, but to watch what they actually do, similar to an interview where we should try to examine the person’s track record of actual past performance (professionally, academically, and even personally). Likewise, when it comes to Iran, we need to examine who they are based on their performance. In the case of Iran, they are the world’s #1 state sponsor of terrorism, and have been on that list since 1984!

Iran has been exporting their terror network and upheaval through an arc of evil influence in Iraq, Syria, Lebanon, as well as Yemen, and are aligned with both Hezbollah and Hamas.

Further, President George W. Bush already identified Iran as part of the “Axis of Evil” along with Iraq and North Korea in 2002. Aside from terrorism, Iran is a huge violator of human rights suppressing freedom and crushing dissent, as well as torturing, dismembering and executing prisoners. In 2019, Iran killed 1,500 of its own people in protests. Further in 2020, Iran shot down a Ukrainian airplane killing 176 people onboard. From discrimination and violence against political opponents, women, gays and lesbians, and ethnic and religious minorities, Iran’s ruthless behavior seems to know no bounds!

The world has tried to contain Iran for decades: From monitoring Iran’s nuclear activities through the IAEA, to sanctions and covert actions to deter and set back Iran’s pursuit of weapons of mass destruction, and the JCPOA deal to try to contain Iran’s march to nuclear weapons. Unfortunately, nothing has worked, and Iran is intent on getting the bomb.

The United States, Europe, and Israel must face the reality that Iran is an irrational and dangerous theocracy that seeks the glorious return of the Persian Empire and a sweeping Shiite Caliphate that dominates their Sunni neighbors, destroys Israel, and threatens Western civilization.

While the costs of a preemptive attack on Iran could be great, the doctrine from former Prime Minister, Menachem Begin that Israel cannot and will not allow countries that threaten Israel’s existence to get the means to carry it out is as true today as in 1981 when Israel took out Iraq’s nuclear reactor in Osirak.

The Jewish people learned from 2,000 years in exile and persecution ending in the Holocaust that killed six million Jews that we must take verbal threats of annihilation supported by facts on the ground against us most seriously. As children of the Holocaust survivors, we must be true to our words of “Never again” and act with courage and determination to confront the enemy covertly and if necessary, with overt action to stop their genocidal pursuit from ever getting off the ground.

As former Prime Minister, Benjamin Netanyahu underscored many times, the only way to peace is through security. Now, the United States and Israel must resolve to confront the Iranian threat of weapons of mass destruction in order for peace to be possible in the future. Like with Pharaoh, Hashem knew his evil heart, saw his wicked deeds against the Israelites, and proceeded to strike with ten plagues and even harden Pharaoh’s heart so that he and his fellow slave lords would get their full measure of recompense. Now, under Iran’s evil leadership that enslaves their own people, threatens the State of Israel with annihilation, and aggressively confronts the West, we must look to G-d once again to bring salvation and for our modern-day Moses to demand, “Let my people go” and lead them to safety and ultimately to peace.