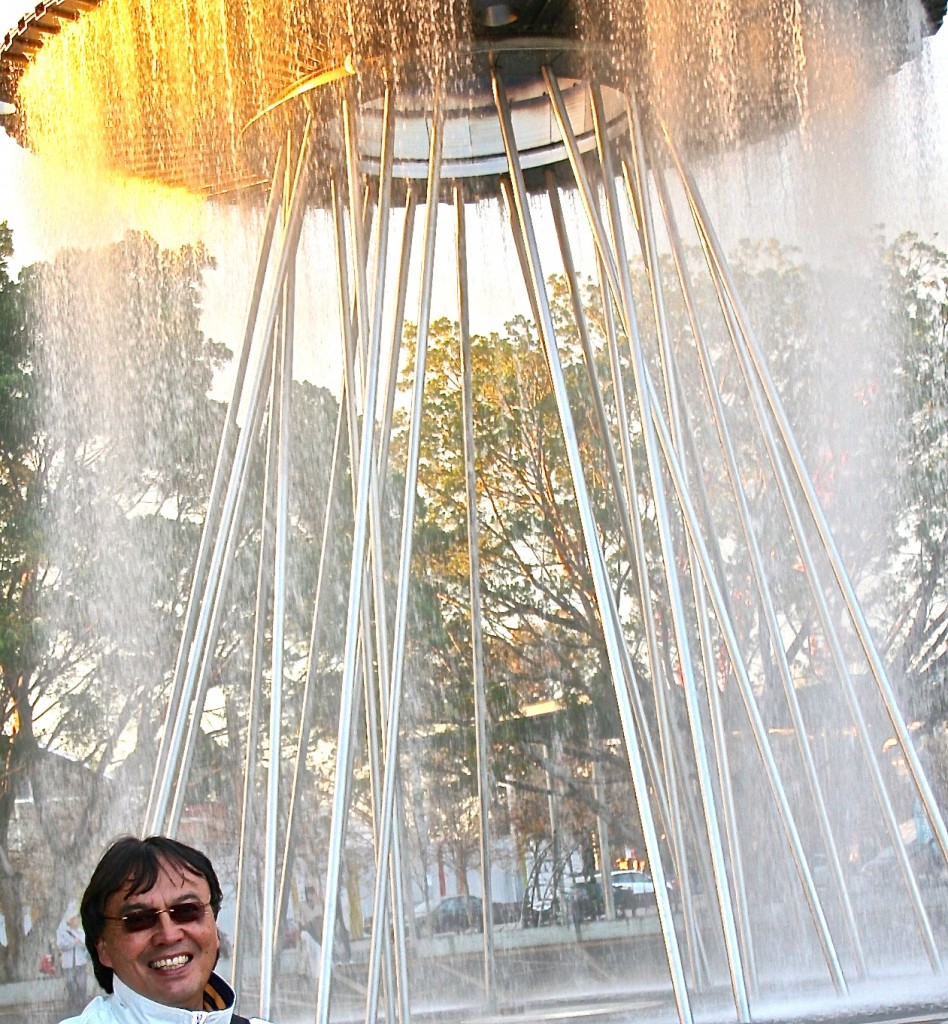 The Hague, The Netherlands

Can and will the Israelis and the Palestinians destroy their enemy by becoming friends with all the give and take to make and keep the friendship? They will want nothing more than a full reconciliation with their neighbors. “We can’t get away getting something for nothing … we can’t get away with murder … let’s tear down the walls between us, share the land, and break bread together … and here is cash, earnest money, a compensatory resolve to seal the deal.” “We cannot give up on the search for an end to this conflict,” says President Barack Obama in his response to my letter dated 16 August 2016.

When will the people in the Region say to each other: “welcome home.” As mentioned in Part 2: the people of Israel/Palestine crave honor, respect and dignity from each other; a more pliable and palatable peace process with built-in degrees of expandability, flexibility and versatility; in short, fluidity predicated on Dr. Martin Luther King’s ‘We’-Sight not just ‘I’-Sight, the building blocks of a ‘Beloved Community’. Their leaders must galvanize the multitudes with moral courage and moral imagination into an accord.

In deference to the long-standing resolutions declared by the United Nations, the European Union together with the United States could support the Arab League and the people of Israel/Palestine in helping to form a Beloved Community. They have been in each other’s back yards for millennia. The land of Palestine is the land of Israel and vice versa. After crushing the revolt of Shimon Bar Kokhba (132 CE), the Romans, changed the name of Israel to ‘Palaestina’ in an attempt to minimize Jewish identification with the land of Israel.

Sooner than later the people of Israel/ Palestine can and will be Living (Apart) Together, inside ONE Home Land within TWO borderless states, their ONLY option. Will the people of Israel/Palestine take up the challenge and converge toward a series of catalytic possibilities? The alternative will inevitably result in more cataclysmic calamities.

The EU Complement to the Arab Peace Initiative

Fortified with an invincible NATO, the EU is also the most powerful economy on earth, almost bigger than the combined economies of the United States and China.

Second, I propose that Europe measures the State of Palestine and the State of Israel according to one standard with fairness and equitability.

Third, I propose that Europe recognizes Israel and Palestine and treats both equally as de-facto NATO ‘affiliates’ so that neither may ever attack, invade, and occupy the other. Frankly, Israel already embraces de-facto NATO status. Iran will never officially attack Israel, despite the rhetoric and spin and fears perpetrated by and from all sides. Iran fears NATO, not Israel.

Fourth, I propose borderless boundaries or virtual borders, to facilitate freedom of movement and the right of passage for EVERYONE. Yes, with a BENELUX-type structure one may freely cross the many divides in the region. Citizens of one country may freely work, travel and live in the other – i.e., Jewish settlements sited in Palestine –, but remain citizens in their own states. So, Israel remains Israel. Palestine remains Palestine. Jerusalem remains Jerusalem but everyone in the region may live and work where they please but vote only in his or her own country. This is nothing new. Is Europe a single federation or a union of individual nations? Both! Am I proposing a one-state solution or a two-state solution? Depending on the eye of the beholder, it could be either or both (see Petition ‘Living Apart Together’).

Fifth, I propose that the warring parties compensate the other for losses incurred because no one should get something for nothing. How? Invoke Europe to construct a EU-type Marshall Plan and lend the money to Israel and to Palestine to enable them to compensate the other, proportionate to the degrees of harm done. Because of Europe’s negligence, we should not sweep our culpability under the rug. We caused the conflicts. We are the culprits. Europe owes it to the Israelis and the Palestinians to sweeten the Arab Peace Initiative with many hundreds of billions of euros in loan guaranties and grants.

Europe could monetize the EU-type Marshall Plan with a computer entry, the modus operandi used by the United States when it didn’t have a dime to spare after World War II. Newly ‘printed money’ flooded Europe with ‘hard currency’ without causing a Weimar-type hyperinflation. Economies coming out of the ashes cannot be overheated because ash does not burn. Today, Europe can flush cash into Israel/Palestine for micro and macro development to generate jobs, jobs, jobs.

As the supplier of all materials, the exclusive purveyor of all goods, products and services, Europe will especially benefit precisely how the United States benefited from the Marshall Plan. Since the late 1940’s through the 1950’s we Europeans bought just about everything from the Americans, rebooting their manufacturing base and the humming of their plants. And today, we’re still the largest investors in the United States.

Sixth, I want justice because no one should get away with murder. Should we hang Netanyahu like Sadam? No! Let’s move forward and go beyond a justice based on tit for tat, despite what Netanyahu did to the Palestinians as Sadam did to the Kurds. As a response to ‘a tooth for a tooth, an eye for an eye’ one could choose to give a tooth or to give an eye if needed and warranted. Why not reach the pinnacle of becoming the light of the world, each committing to become an instrument of blessing, and Give the Gifts that God has Given. 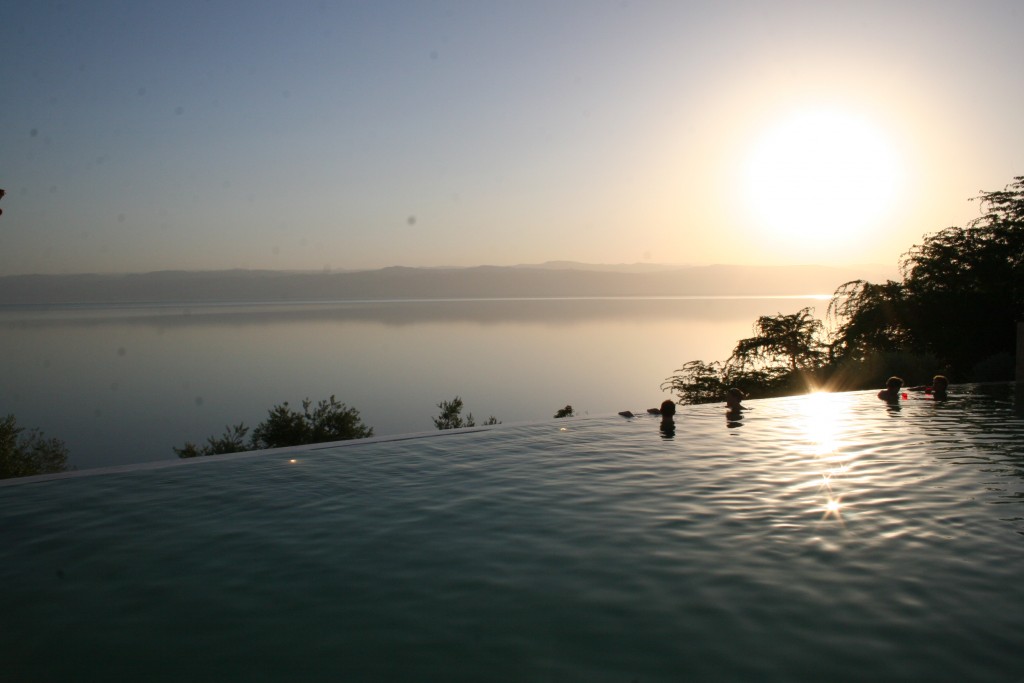 Seventh, I would prefer an Act of Reconciliation similar to the one in South Africa under the tenets ‘live, let live’ rather than ‘kill, get killed’; and, ‘forgive in order to forget’, a fundamental economic principle, and a precious lesson in life.

Eighth, I propose that the people in the Region vote to temporarily (perhaps for five years) demilitarize the Israeli Defense Forces (IDF) and the ‘Palestinian Defense Forces (PDF)’ as a condition to enable NATO to guarantee security for all Israelis and all Palestinians with heavily equipped NATO troops wearing white helmets, costs to be proportionately defrayed among the Israelis and Palestinians derived from new-found revenues as a result of the new capital infused by Europe. From the beginning, the IDF and the ‘PDF’ have also been destabilizing factors. Their aims, portrayed as Divinely inspired, depicted with the best of intentions, have often been counterproductive for the greater good of the Region and the world.

Ninth, invoke the Arab League together with the European Union and The Holy See to consider investing an estimated EU 100+ million to finance the work of thousands of Peace Corps Professionals to help the people of Israel/Palestine to believe in their own self-esteem as well as the worthiness and goodness of the other.

And, tenth, LEAVE THE HOLY SITES IN THE HOLY CITY ALONE! Until things REALLY cool down entrust them tentatively to something like a UN mandated Trust. The Holy sites in the Holy City belong to everyone because those who have faith in the God of Abraham also believe that God is the God of Adam and Eve, the God of all mankind. West Jerusalem becomes the capital of Israel. East Jerusalem becomes the capital of Palestine with no borders to separate either. Why? God views Israel and Palestine as one and the same.

Change, not chains, is the goal. It can happen in one generation. After 1945, it took one generation for Europeans to finally welcome Jews into the world community (though at the expense of the Arabs in Palestine). I have seen first hand the miracle of China. In the mid ‘70s there were hardly any cars in Peking. In one generation China has leapfrogged into the 21st Century with characteristic gridlock on the many thoroughfares in present day Beijing. In the United States, one generation has made a difference in humanizing civil rights and expanding the socio-economic landscape of America.

Building the Bridge Foundation, The Hague 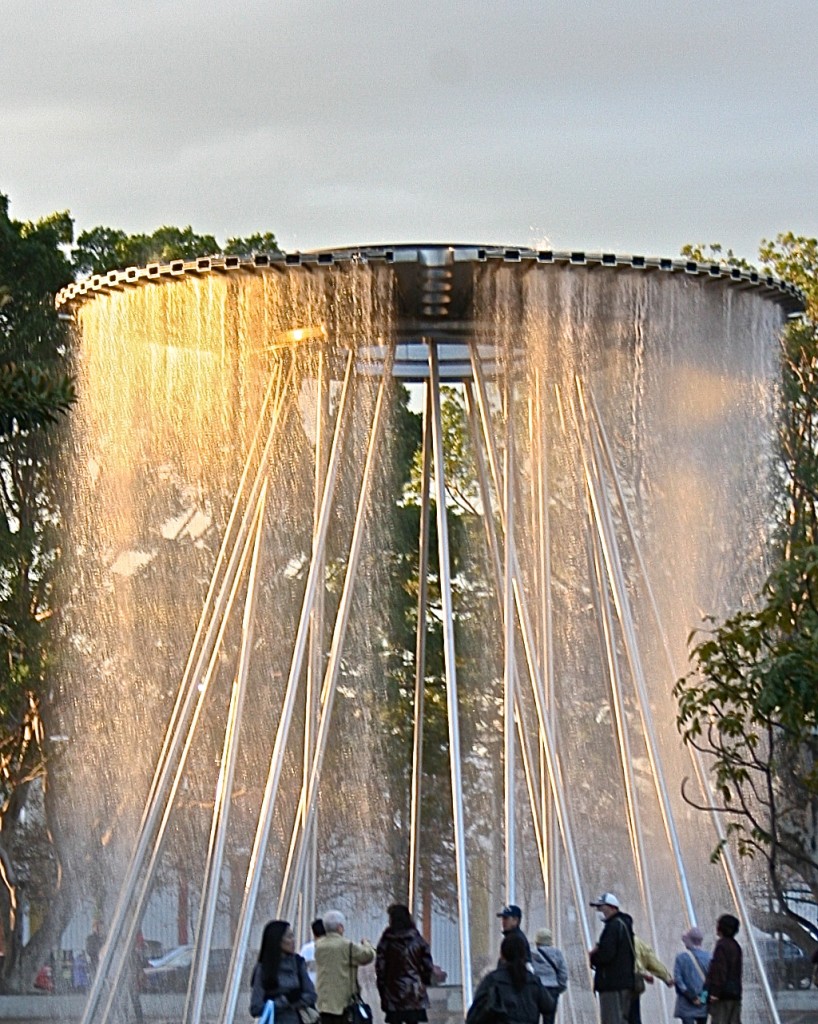