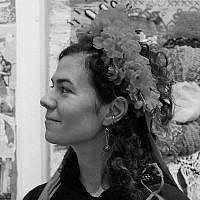 The Blogs
Dasha Ilyashenko
Independent art curator
Apply for a Blog
Advertisement
Please note that the posts on The Blogs are contributed by third parties. The opinions, facts and any media content in them are presented solely by the authors, and neither The Times of Israel nor its partners assume any responsibility for them. Please contact us in case of abuse. In case of abuse,
Report this post. 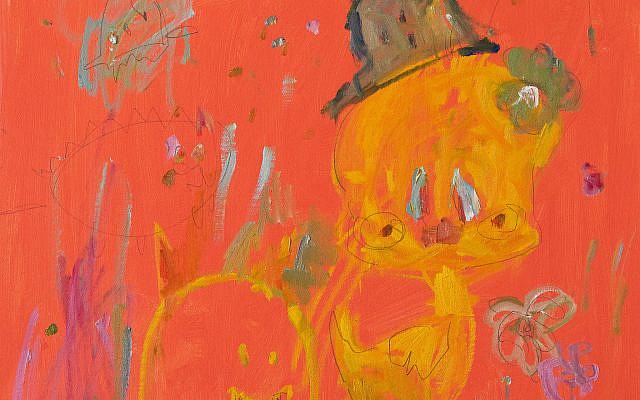 For Kate Belukhina, who normally works in fine art technique, the series “Disney Doodles” is not typical. Nothing but academic, it’s born out of a desire to experiment with “contemporary art”.

At his workshop for artists, Marik Lechner gave Kate a toy Disney fish Flounder and suggested to illustrate it “as bad as she can.” This approach gave her such a needed feeling of freedom, and she decided to start a series in 2021. “When I paint academically, I don’t do it for fun. It’s work, hard work. But on this series I can relax and set myself free,” comments Kate. 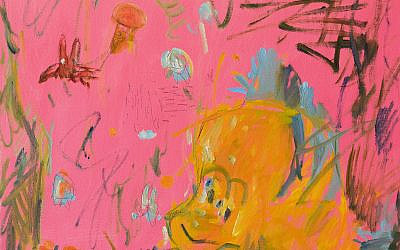 The Disney cartoons hold a special place in the painter’s heart from childhood, so the subject was quickly approved. So far the series includes five 60×60 paintings made with oil on canvas: “Flounder”, “Winnie the Pooh”, “Bamby”, “Tweety” and “Dumbo & Dancing Elephants”.

“In my work I’m usually looking for contradictions. In this series I was captivated by the idea to imitate a kid’s drawing, naive, childlike approach to art – but with academic tools and techniques,” explains Belukhina. 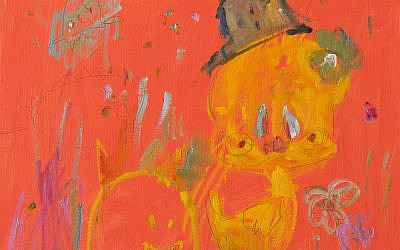 The central and largest object of each painting is a Disney character, surrounded by scribbles, indistinctive shapes and random words. The background and character colors are vivid and simple, while the scribbles are sketched with “dirty” colors. Remember the doodles that kids draw on the wallpaper?

Unlike Kate’s other works, where she creates the texture with generous paint strokes on the canvas, paintings from the Disney series appear flat – again reminiscent of a pencil drawing on paper that the kid would do.

The naive look of the painting is achieved not only by simple colors, but with spontaneous and unpolished lines. “I wanted to imitate the pencils and markers that kids use, so I found a really old brush covered with dry paint and used it literally as a marker”, says the artist. 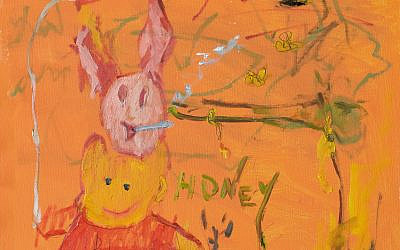 “Instead of perfecting the stroke and color, I focus on the composition”, says Belukhina. And this is really something that reveals an experienced painter, making this naive-looking doodle an artwork: the characters appear in the corner, lower or upper part of the square, framed by chaotic but rhythmic scribbles, all together creating a balanced and pleasing composition.

Contradiction appears not only between the childish subject of the painting and its technique. It’s also in the feelings it gives to the viewer. And though the first reaction can be tenderness and smile, somewhere deep appears a feeling of anxiety. We see the features of our favorite characters being distorted, their facial expressions and emotions are hard to read (unlike in the cartoons, where they are always obvious and exaggerated). We notice some hints, like Piglet that is smoking, or Flounder floating in “dirty” water, that reveal unkind irony behind the innocent surface. 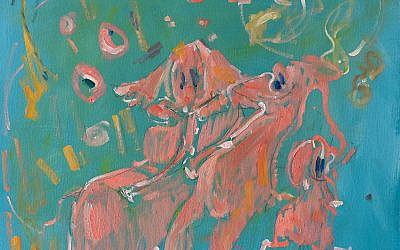 “I find it interesting to present nice things in an ugly way,” confesses the artist, “it’s my way to explore the object and show the viewer that nothing should be taken for granted.”

And if Kate’s idea was to catch the viewer’s attention and make them look deeper into the artwork, searching for a reason for this inner surprise, in that series she successfully reaches that goal.