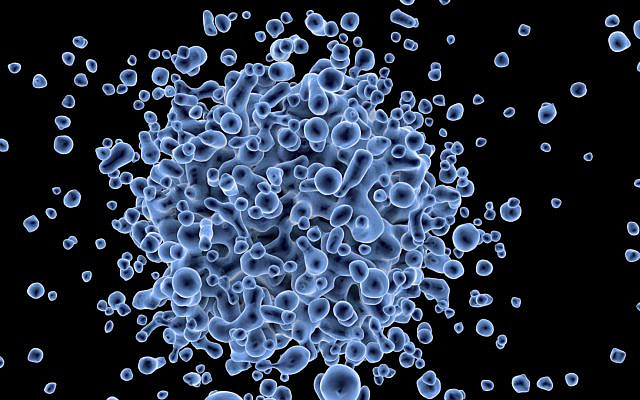 I have never been a fan of the middle of the story. I have, on occasion, fast-forwarded through the intense moments of conflict in a movie in order to skip to the part where everything is happily ever after. And when I go through something difficult in my personal life, I want to skip ahead to the part where I’m giving a motivational speech on how I got through the experience, rather than stay in the messy middle.

And yet, right at this moment, we are all finding ourselves in the middle of an unprecedented, anxiety-inducing and overwhelming story. We don’t yet know when and how this coronavirus pandemic will end, and when our lives will return to normal. How long will be out of work, school and event attendance? How will we keep our children entertained and, well, not a disaster, without the structures of school, activities, and play-dates?  How will the lack of social interaction impact our sense of social support and community? As a nonprofit CEO, the anxiety runs even further: How is this going to impact the economy? And how is that going to impact our ability to fundraise, pay our staff, and continue the operations that fill a critical resource in the community? And most of all: how long is this going to go on for?

I don’t know the answers to these questions, and we don’t yet have the luxury of hindsight to evaluate this unusual situation (although this is going to make one heck of a graduate thesis someday!). As the novelist Margaret Atwood points out, “when you are in the middle of a story it isn’t a story at all, but a confusion; a dark roaring, a blindness, a wreckage of shattered glass and splintered wood; like a house in a whirlwind….it’s only afterwards that it becomes anything like a story at all.  When you are telling it, to yourself or to someone else” (Margaret Atwood, Alias Grace).

In the middle of the story, all you have is a mess. It’s only later that the story forms and shapes itself into a coherent image, and that happens when you tell it.

All this brings to mind another story, one where we know the ending so well that we forget there ever was a middle. In a few short weeks, we’ll be celebrating our exodus from Egypt, probably the most well-known story in Jewish history. Even my toddler knows exactly how that story ended — with the Jewish people walking through the parted sea, being able to see their tormentors, the Egyptian army, defeated, and offering praise to G-d for His redemption. But what we don’t often think of is what that experience might have felt like as it was happening. Here the Jewish people had been suffering and struggling for hundreds of years, and were finally promised imminent freedom. When the first plague hit, the Jewish slaves must have felt awed and elated — the Nile literally ran with blood, and the Egyptians were in crisis. Surely their own freedom was imminent? And yet, Plague #1 came and went, and still Pharaoh refused to release the Jewish people. Then came Plagues 2 and 3, and 4 and 5, and on and on with no resolution. And it got worse before it got better, with the most intense and frightening plagues (the darkness and the death of the firstborn) coming last.

But just before the 10th plague, something interesting happens. G-d asks Moshe and Aharon to gather the Jewish people and instruct them to paint the doors of their homes with blood so that the Angel of Death will pass over them. Then, G-d goes one step further and adds this message for the Jewish people: “You will observe this day as an institution for all time, for you and your descendants” (Exodus 12:14).  If you stop and think about it, this is an odd message for the moment: The people are in crisis, they are anxious to avoid the dark plague that is coming and they are likely exhausted with the slow process towards freedom. Shouldn’t Moshe and Aharon focus on the immediate circumstances, and worry about future Passover celebrations another time — say, after it’s actually happened? Why are we talking about how we will remember this day when we’re still in the middle of the story?

I think part of the reason may be that the Torah already knows what Margaret Atwood describes, which is that a situation, in the middle, is just a mess, and that it only becomes a story “when you are telling it.”  The Torah is stopping to talk about how we will tell the story, right in the chaotic middle of it, because that’s what makes it a story at all. And by telling the Jewish people how they will eventually commemorate the Exodus which hasn’t happened yet, G-d is reminding the people that they are not just waiting in the darkness, but they are part of a story that is not yet over. Things may look bleak, but they are really on the precipice of a new beginning.

I don’t know what the end of the coronavirus epidemic will be, and I’m just as uncomfortable being in the middle of it as you are. But I do know the story that I want to write: one where in the middle of a frightening and isolating time, we found creative ways to create connection and community. One where we cared enough about each other’s health to follow restrictions that are stressful and difficult. One where we use our additional time to learn and grow (and I’d also like to workout daily and organize my house — a girl can dream!). One where we remind ourselves of all the people who live with fear and isolation 365 days a year, not just during a pandemic — and remember to reach out more in the future. One where we remember that G-d is holding us, even when things seem to be spinning out of control.

Because even though we’re right in the middle of the chaos now, there will come a time where we will tell the story of how we survived these days and weeks. So let’s make it a good one.