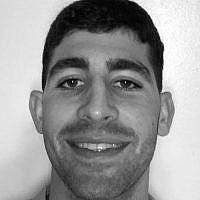 The Blogs
Samuel Zucker
Apply for a Blog
Please note that the posts on The Blogs are contributed by third parties. The opinions, facts and any media content in them are presented solely by the authors, and neither The Times of Israel nor its partners assume any responsibility for them. Please contact us in case of abuse. In case of abuse,
Report this post. 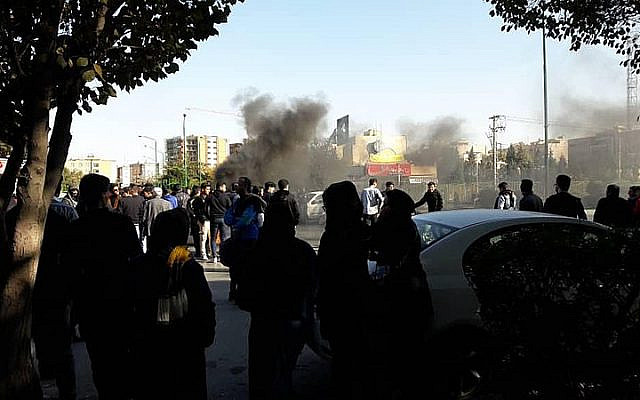 Citizens of the Republic of Iran protest in the streets late 2019 after regime shut-down of the internet. Photo credit: Nicolas Garon at https://commons.m.wikimedia.org/wiki/File:Iranian_protesters_in_November_of_2019._Isfahan.jpg

Throughout the last few weeks, we’ve seen Iran in the news media for a variety of unsettling issues. First, Iran made headlines when its Shiite-backed proxy militias killed an American contractor in Iraq. That followed with the Ketaib Hezbollah militia, Iraqi-based and Iranian-backed, attacking the U.S. Embassy in Baghdad. America’s retaliation of targeting and killing IRGC Commander and terrorist Qassem Soleimani shocked the world, and undoubtedly the Iranian Regime, who after three days of mourning struck back with a series of ballistic missiles toward an Iraqi-U.S. joint operating base. However, most consequentially, the IRGC somehow mistook a Boeing 737 passenger jetliner for an American military fighter jet and struck it down with an anti-aircraft missile, killing all 176 members on board.

It’s truly puzzling for the average viewer to comprehend all that has transpired and make sense of what is happening. How can Iran go from tens of thousands in the streets mourning and crying over Soleimani’s death, followed by tens of thousands protesting the Boeing 737 accident, calling for Ayatollah Khamenei to resign?

To truly assess the ongoing chaos that is Iran, the REAL facts need to be known.

The media is deceiving.

After the targeted strike of Soleimani, news outlets reported that thousands of Iranians fled the streets, crying and mourning the death of the IRGC Commander. It was even reported of civilian deaths from trampling because the crowd was so large. It seemed that the executive order by President Trump backfired and united the country, escalating an already highly-tense relationship.

Not even a week later though, there seems to be even more Iranians in the streets protesting the Iranian Regime and calling for the Ayatollah’s resignation.  THESE are the Iranians that voices are not heard.

It’s simple when laid out; Iran is broken down into two political institutions: the regime versus the republic.

The regime has a stronghold on Iran. From the time of the Iranian Revolution in 1980, the religious conservatives and radicals hijacked the country after the coup of the Shah and never looked back.  Unfortunately for the citizens of Iran, this is consequential for their way of life.  The regime officials are selected by the regime, not by citizen vote.  Essentially, the Ayatollah hand picks his officials to run the regime, giving no leeway for power turnover.  Furthermore, the regime’s top priority is to protect the Islamic Revolution, NOT the Republic of Iran.

THAT is what we are seeing in these events. The Revolution versus the Republic.

Soleimani’s death was significant to the regime because of the importance he brought to spreading the Islamic Revolution’s message (through any means necessary). The religious far-right that are supportive of the Islamic Revolution were the same one’s in the streets for Soleimani.  However, their minority is not proportionate to the progressive republic that wants change, but are overpowered through the regime and the IRGC.

The regime’s shadow economy and power of national income limits the economic prosperity of all citizens, and poverty is more prevalent than ever after sanctions on oil were reimposed by the U.S on an Iran that is far too dependent on oil economically. To add insult to injury, there is clear corruption in the government because of the regime, and the resulting political instability is a huge burden for any potential foreign investors to cooperate with.

With all factors considered, Iran has seen a significant spike in unemployment and, even more unsettling, a spike in a drug addiction problem that has spread nationwide.

However, the strike on Qassem Soleimani by President Trump may have provided just the spark the citizens of the Republic of Iran needed.  Their protests come with the intent that they want to be heard, and shown, in the international media. The progressive citizens of Iran want change, no matter the costs. Even more importantly, they are doing so fully knowing the dangers that come with it.

Protests seen at the end of 2019 over an increase in fuel prices resulted in hundreds of protesters killed by Iranian security forces, who are controlled by the regime.  Now, even more blood and bodies lay on the streets of Tehran over protests that stand up to the regime.

As the next few months see uncertainty in the U.S.-Iran saga, it is to remember that the real fight is against an unstable and violent regime, one whose suffocation of the Iranian people continues to stunt the growth of a nation.

About the Author
Samuel Zucker was born and raised in New Jersey. He received his Bachelor's degree from Rutgers University in New Jersey majoring in Criminal Justice. He continued on to The Interdisciplinary Center in Herzliya, Israel, where he earned his Masters in Government, with a specialization in counter-terrorism and homeland security. While at IDC, Samuel participated in an internship in Cyber Security with eToro. Samuel is aspiring for a career working in the United States Government.
Related Topics
Related Posts
Comments