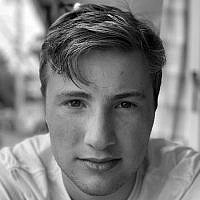 The Blogs
Jack Wolfsohn
Apply for a Blog
Please note that the posts on The Blogs are contributed by third parties. The opinions, facts and any media content in them are presented solely by the authors, and neither The Times of Israel nor its partners assume any responsibility for them. Please contact us in case of abuse. In case of abuse,
Report this post. 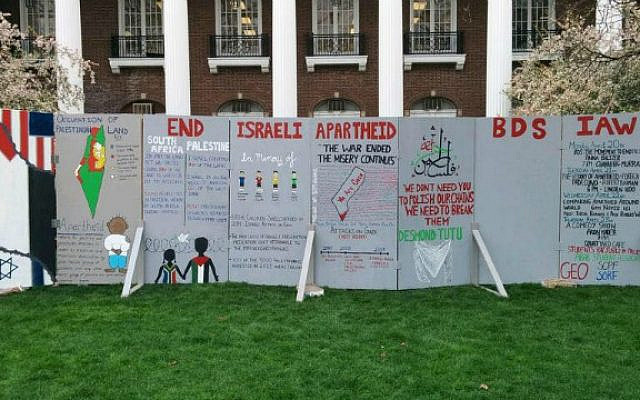 Brown University students who have been on campus for the last two years remember the debate that spanned from spring 2019 to winter 2020 about divestment and Israel. In the spring of 2019, Brown Divest successfully passed a referendum through the Undergraduate Council of Students (UCS) that proposed that the Brown Corporation “withdraw investments in securities, endowments, mutual funds, and other monetary instruments with holdings in the companies we have identified as being complicit in Palestinian suffering,” a move in line with the antisemitic Boycott, Divestment, and Sanctions (BDS) movement which has ties to recognized terrorist groups like Hamas. About 40 percent of undergraduates voted in the referendum. Of those who voted, 69 percent voted in favor of divestment.

After the vote, Brown University President Christina Paxson swiftly rejected the referendum and stated her strong opposition to the BDS movement. As Paxson stated, “Brown’s endowment is not a political instrument to be used to express views on complex social and political issues, especially those over which thoughtful and intelligent people vehemently disagree.” Brown Divest appealed to the Advisory Committee on Corporate Responsibility in Investment Policies (ACCRIP) to advance their agenda to the Brown Corporation. Throughout the fall 2020 semester, ACCRIP held multiple meetings that put the identities of Jewish and Zionist students on trial. These students were treated with condescension and disdain by what was essentially a kangaroo court with activist anti-Israel professors. I was at every meeting, and I helped give a presentation arguing against divestment with my fellow Brown Students for Israel members. Eventually, as was clear would happen from the beginning, the committee voted 6-3 in favor of divesting from “companies identified as facilitating human rights abuses in Palestine.” ACCRIP sent their recommendation to Paxson and the Brown Corporation, specifying that the university should divest from “any company that profits from the Israeli occupation of Palestinian land.” Thankfully, no action was taken by Paxson and the Brown Corporation. Yet, Brown Divest and Students for Justice in Palestine (SJP) made it clear that they would never stop their relentless campaign against the Jewish state.

I experienced animosity toward Israel on campus immediately upon arriving at  Brown. My freshman orientation welcome ceremony was disrupted by Brown Divest activists invading a lecture hall while chanting and throwing leaflets advocating for divestment. Consequently, Jewish students felt targeted on campus for their Zionist identity, the right for Jews to inhabit their ancestral homeland where they have consistently lived for 3,000 years. Many pro-Israel Jewish students reported being harassed and experiencing antisemitic attacks. The Facebook page frequently used by Brown students, @dearblueno, was flooded with antisemitic statements and comments, and antisemitic graffiti was found on campus. Campus life became uncomfortable and somewhat toxic for Jews like myself.

In the end, students in favor of divestment were happy they were able to pass the referendum and convince ACCRIP to recommend divestment but upset that President Paxson and the Brown Corporation rejected these demands. Students opposed to divestment were relieved that after months of being targeted for their identity, President Paxson rejected the referendum and ACCRIP’s recommendation. No one truly “won” this fight because all students involved at some point felt angered by the process or the outcome.

Since the administration’s statement against divestment, the uproar and hostility surrounding the campaign has subsided somewhat. However, on Thursday, February 4th, the Brown Corporation held their biannual meeting with students, providing  Brown Divest and SJP with a platform to push their demands. After a brief introduction, students were divided into various Zoom breakout rooms, one of which discussed corporate accountability. Students in favor of divestment showed up to the meeting, all of whom had divestment-themed virtual backgrounds. Right before the meeting adjourned, one student proclaimed, “divestment can’t wait!” In that meeting, it became clear to me that Brown Divest and SJP are not going to stop their campaign. One must ask what good this will accomplish. We have seen the damage and devastation of the divest campaign, and reviving this fight once again will only have the same outcome. We know the university’s stance, and I would be surprised if it changed after this one meeting. So, why are Brown Divest and SJP resuscitating this effort that harmed so many students and resulted in such animosity and division on campus?

If they are really committed to empowering the Palestinian people and helping them achieve statehood (i.e. a two-state solution), why aren’t they pressuring the Brown Corporation to expand their investments to include companies that are invested in the Palestinian economy? Perhaps Palestinian intransigence to peace deals would give way if they were afforded new opportunities. Brown could invest specifically in Palestinian jobs programs. In a Brown Daily Herald article, ACCRIP Chair Chi-Ming Hai suggested, “The University could practice ‘positive investment’ by investing in companies that make humanitarian impact.” Of course, by voting in favor of Brown Divest’s incendiary proposal, Hai’s statement appears to be hypocritical. Unfortunately, it seems that Brown Divest is more concerned with demonizing Israel and creating a toxic environment on campus than improving the lives of Palestinians through constructive investments.