The third portion of Exodus, Bo/Come, is read from the Torah scroll on Shabbat, January 16, 2016.  See how my wife Miriam and I link this Torah portion to our life together through photographs and Torah Tweet texts here.

The conceptual background for “DNA Song of the Dog in the Symphony of Creation” is developed in my books PHOTOGRAPH GOD: CREATING A SPIRITUAL BLOG OF YOUR LIFE and THE FUTURE OF ART IN A POSTDIGITAL AGE: FROM HELLENISTIC TO HEBRAIC CONSCIOUSNESS. 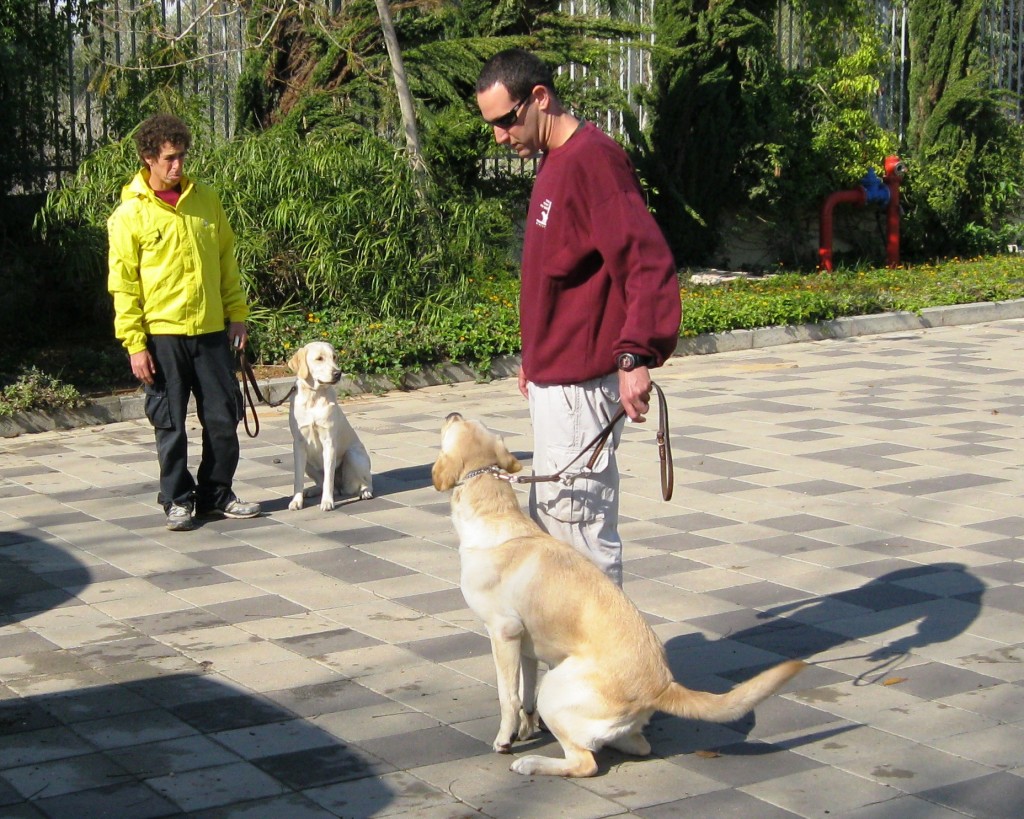 Exodus 3: Song of the Dog

“There shall be a great cry of anguish throughout all Egypt…. But among the Israelites, no dog shall howl for man or beast.” (Exodus 11:6, 7)

In Egyptian mythology, the Dog God Anubis gains its powers from the howling of dogs at death to raise the soul to eternal afterlife.

When the dogs did not howl, the plague of the death of the first-born caused double anguish since eternal afterlife was denied.

The awesome quiet of the dogs at the freeing the Israelites from slavery gives dogs an honored place in Judaism.

Every day, Miriam reads Perek Shira (Chapter of Song) that gives voice to each creation to praise God together in a grand symphony.

The climax of Perek Shira is the song of the dog, “Come! Let us bow in humility and adoration, let us kneel before God our Maker.” (Psalm 95:6).

The loyalty of a dog to his master provides a model for human gratitude to God for everything in life.

Today, we saw the development of the highest level of loyalty of a dog to its master at the Israel Guide Dog Center for the Blind.

We witnessed dogs learning to control their instincts and desires to become the reliable eyes of their blind human partners.

At the Center, we saw puppies bred to combine the docile characteristics of the Labrador with chutzpah of the Golden Retriever.

The dogs learn to follow the commands of their human partners, but to ignore them if they are in danger.

They learn to navigate obstacle courses at the Center and then in the real world where their blind partners live and work.

“Do not place a stumbling block before the blind.” (Leviticus 19:14) “Accursed is one who causes a blind person to go astray on the road.” (Deuteronomy 27:18)

In addition to the song of the dog from Psalms, Perek Shira presents biblical and rabbinic verses representing the songs of 64 other species of animals and plants.  Every species of living organism on our plant sings its distinctive praise of their Creator.   According to estimates made by biologists, over eight million species of animals live on planet Earth.  Each species sings its special song in harmony with all the others to create a grand symphony of biodiversity.

Musicians write their musical compositions on a five-line staff.   God writes the distinctive song of each species on rungs of DNA spiral ladders, the chromosomes in every cell of the organism. The information for all forms of life from the amoeba to the giant redwoods, from roses to elephants, from bacteria to whales, and from onions to human beings, is written with an alphabet of only four letters like the biblical Tetragrammaton YHYVH. They are A for adenine, T for thymine, C for cytosine, and G for guanine. These letters spell four words: A-T, T-A, C-G, G-C. Each rung of the DNA spiral ladder is written with one of these words.

Human beings have 46 chromosomes. The sequence and number of these words determines whether you have blue eyes or brown, whether you will be short or tall, and whether you will be a genius or mentally retarded.  During my first career as a science teacher, I asked my students what would happen if they had 16 chromosomes instead of 46.  When I told them that they’d be an onion, they understood that all life forms are written with the same four letters.

Here are some plants and animals with their verses from Perek Shira in the order they appear in the book with their chromosome numbers:

The date palm with 26 chromosomes says: “A righteous man will flourish like a date palm, like a cedar in the Lebanon he will grow.”  (Psalms 92:13)

The grasses with 55 chromosomes say: “May the glory of God endure forever, let God rejoice in His works.” (Psalms 104:21)

The crane with 74 chromosomes says: “Give thanks to Hashem with a harp, with a ten-stringed lyre make music to Him.” (Psalms 33:2)

The swallow with 70 chromosomes says: “So that my soul might sing to You and not be stilled, my God, forever I will thank you.” (Psalms 30:13)

The domestic goose with 80 chromosomes says: “Give thanks to God, declare His Name make His acts known among the peoples.  Sing to Him, speak of all His wonders.” (Psalm 105:1-2)

The spider says: “Praise Him with clanging cymbals; praise Him with resonant trumpets.” (Psalms 150:5)  (There are tens of thousands of spider species that differ in chromosome number.)

The donkey with 62 chromosomes says: “Yours, God, is the greatness, the strength, the splendor, the triumph, and the glory, even everything in heaven and earth.” (1 Chronicles 29:11).

The deer with 70 chromosomes says: “I will sing of Your might, and rejoice towards morning in Your kindness.” (Psalms 59:17)

The elephant with 56 chromosomes says: “How great are Your deeds, God, exceedingly profound Your thoughts.” (Psalms 92:6)

The bear with 74 chromosomes says: “The wilderness and its cities will lift their voices; …those who dwell on bedrock will sing out.” (Isaiah 42:11)

The snake with 72 chromosomes says: “God supports all the fallen ones and straightens all the bent.” (Psalms 145:14)

The ant with 40 chromosomes says: “Go to the ant, you sluggard; see its ways and grow wise” (Proverbs 6:6)

The dog with 78 chromosomes says: “Come! Let us bow in humility and adoration, let us kneel before God our Maker.” (Psalm 95:6).

“He teaches us from the animals of the land, and from the birds of the heavens He makes us wise.” (Job 35:11)

Each species sings its unique song in harmony with eight million other members of the global orchestra to create a grand symphony of biodiversity.  The Symphony of Creation is elegantly described in the last lines of Charles Darwin’s The Origin of the Species:

“It is interesting to contemplate a tangled bank, clothed with many plants of many kinds, with birds singing in the bushes, with various insects flitting about, and with worms crawling through the damp earth, and to reflect that these elaborately constructed forms, so different from each other, and dependent upon each other in so complex a manner, have been produced by laws acting around us.”