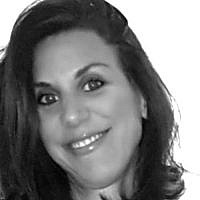 The Blogs
Myriam Nir
Apply for a Blog
Advertisement
Please note that the posts on The Blogs are contributed by third parties. The opinions, facts and any media content in them are presented solely by the authors, and neither The Times of Israel nor its partners assume any responsibility for them. Please contact us in case of abuse. In case of abuse,
Report this post.

I woke up this morning, two days before the elections, with a feeling of disgust.

Here we are, again, in another parade of campaigns, lies and false promises, a parody in which a show like Eretz Nehederet seems to be much closer to reality, or at least talks about it without journalistic taboo. How did we get there? For the 5th time in three years. The reason is not so important – but here we are!

Polls give the right-wing more chances to form a coalition. I am scared. Not because it is the right-wing, in fact I don’t see how orthodox religious parties are considered right-wing – there is clearly no longer right or left in the traditional sense. If I am afraid, it is first and foremost for our soldiers. Ben-Gvir and his acolytes have fun igniting the country and in parallel they ask for the Ministry of Defense in the next Government (not officially, but let’s not be fooled, it is the only ministry that really interests them)! Is it really this kind of irresponsible, fanatical person, whose mentality is equivalent to those of the radical Arab organizations, that we want for the security of our country? Do we want to put the lives of our soldiers, our kids, in the hands of a person who has never served in the army, not because he did not want to, but because the army considered him so dangerous that he could not be part of the ranks!

Ben-Gvir, Smotrich (who himself did 1 year and 4 months of army at 28 years old, and not in a key position) and their entourage, look more like hooligans in a football stadium than calm, reasonable and reasoned politicians, who can be trusted with our security, or with anything else. How did we stoop so low that we could even imagine that this kind of sad, provocative, and outspoken characters could replace a handful of highly experienced former army generals?

Then our finance minister could be Yitzchak Goldknopf, a rabbi who has never studied English or math in his life. Goldknopf, Minister of Finance, while more than once, we heard he underpaid some kindergarten teachers, while his relatives were overpaid. It says a lot about what we can expect! I am not a fan of Lieberman either (for me he’s before everything else, a kind of oligarch), but he made the working class earn a few thousand shekels in just a matter of months, when he passed a law that eases the tax burden for the working class with children under the age of 12. And the law was retroactive! In general, it takes at least one mandate to see a government’s results. In this case, it was immediate and, in the pockets of those who work, hold the country, and may not be represented in the next coalition!

By the way, Lieberman is not against Haredim, but in favor of integrating them more in the country’s economic life. Today 45 percent of Haredi men of working age have no job compared to only 11% for non-Haredi men – however 82% of Haredi women are employed!

In 40 years, given the current demographic growth, actively employed citizens (and the ones who serve in the army) will be a minority and therefore slaves to a majority of idlers. In my opinion, if in fact we do not change the system, it could well be the end of Israel: the end of OECD’s Israel, because many non-religious people will not wish to stay in a country where the laws are strictly religious, and at the same time where taxes are such a burden that it will be difficult to live decently. So, a large part of the thinking heads of this country, our “oil”, will no doubt go elsewhere, and therefore our economic growth will be a lost dream. But also, it may be the end of Israel altogether, because there will surely be many Religious Zionist people remaining to defend the country, but it will not be enough, and if our borders are like a gruyere cheese, I do not have much hope for the survival of Israel.

I know I have painted a very dark picture, and probably the most extreme scenario, but unfortunately if we do not deal with the problems at the root and with a long-term view, the time of the Golah will return very quickly and history may repeat itself very quickly as well.

Finally, the candidate for Minister of Justice, will surely be from the Likud party. I could stop here because the simple fact of putting it in print is already grotesque enough like that. Any man who is held by Bibi and his personal interests, will only seek to “improve” the judicial system so that it serves a bunch of dishonest people who occupy the seats in the Knesset. A shame! At least Gideon Saar, like him or not, is an attorney with many years of experience in the court system.

And why are we here? Because some were disappointed with Bennett sitting down with the Arab party? Here comes hypocrisy: Bibi had also proposed to Ra’am, at the time, to join the coalition. Secondly, as the saying goes, “keep your friends close and your enemies even closer”, not that I see Israeli Arabs as my enemies, but I am aware of the complexity of the situation, and one cannot forget the Israeli Arabs who carried out attacks against Jews. However, not including Arabs in the government is a huge strategic mistake: they represent 20% of the Israeli population! Ignoring them provoked the riots of May 2021.

For so long, the government sidelined them, did not deal with the criminal groups, and the mafias that were growing up in the heart of the country, so that, when the time came, they pointed their guns at us. They already had these weapons, but as long as they were used for settling scores in Fureidis or Ramla, nobody was much interested, and certainly not the government-run police. With Arab party in government whose agenda is primarily to fix the problems within Israeli Arab society, and who have made it clear, that they will not deal with foreign policy, we had insurance for the future. Arabs need to deal with Arab crime. These thugs will not listen to politicians like Ben-Gvir or Smotrich, but on the contrary will be even more enraged, and Jews will probably have to permanently abandon cities like Yaffo, Ramla or Acre.

But also, during this last government, we heard Mansour Abbas condemning the acts of Hamas or terrorists… That was something he didn’t do when Arabs were sidelined and not represented in the government.

All these things are at risk now, not only border security but also the economic and the judicial systems. The situation is already not excellent, let’s try to move forward to improve it, and not irreparably damage it!

Next Tuesday, we will all have the opportunity to express our opinion. We need to remember that in Israel we are not voting for a man, or even for a party, we are voting for a potential coalition. For these 5th elections, as depressing as they are, the potential outcome seems apocalyptic for the future of the country. On Tuesday, let’s make sure we do not lead our beautiful country to its doom!

About the Author
French and Israeli from birth I arrived to Israel 15 years ago. Since then, I work in Capital Markets and Wealth Management. Beside Finance, I have a passion for our social situation which is very complex, but like Churchill said: To improve is to change...so I will do my best to make my words lead to change.
Related Topics
Related Posts