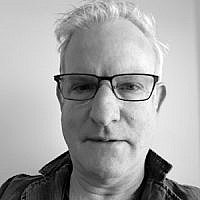 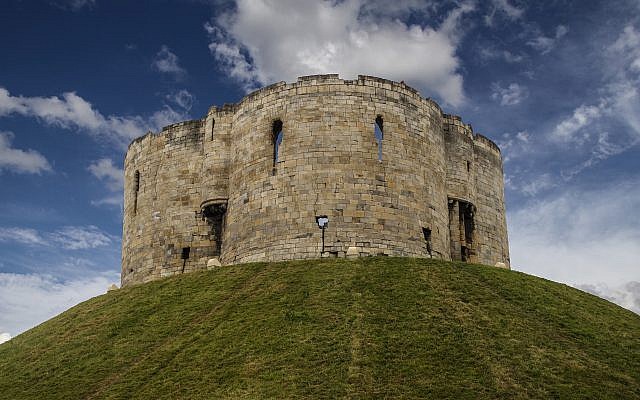 Clifford's Tower, York. site of the 1190 massacre in in which 150 Jews were killed. Photography: http://wolfblur.de/index.php/zu-meiner-person

There is a scene in Fiddler on the Roof when one of the villagers asks the Rabbi if there is a blessing for the Tsar (Russian monarch). The rabbi replies, “May the Lord bless and keep the Tsar…far away from us.”

This, I believe,  is the thinking behind a letter produced by Charedi rabbis in the UK. It expresses fear at  the prospect of Jeremy Corbyn becoming “Tsar” of the Land of England  and pleads  with the mainstream Jewish community no to  provoke him. It does not, as widely reported, express support for Corbyn. This is a translation of the letter (courtesy of the If You Tickle Us website)

Public notice from the Rabbis

We were shocked to hear that there are those who are spreading reports that the Jews in England are united against the head of the Labour party, Mr Jeremy Corbyn. They have also publicised that as a result Jews are considering leaving the Land of England out of concern that he may be elected as prime minister.

We therefore publicise our views that we are in no way associated with these aforementioned irresponsible activities.

Jews who are loyal to God and His Torah seek the peace of the state in which they reside and treat her leaders with respect and, God forbid, we would never contemplate antagonising political leaders. As our sages of blessed memory have taught us and as we have been commanded by the Prophet Jeremiah (29:7), Seek the peace of the city to which I have exiled you and pray for her to God for in her peace will there be peace unto you.

In the merit of our acceptance of the yoke of the exile and conducting ourselves with humility in this country as we have during millennia of our exile throughout our generations will we merit to be rescued from various severe troubles and to a Good Inscription and Sealing.

I quote from the letter (my emphasis)

“We therefore publicise our views that we are in no way associated with these aforementioned irresponsible activities.”

“Jews who are loyal to God and His Torah seek the peace of the state in which they reside and treat her leaders with respect and, God forbid, we would never contemplate antagonising political leaders.

Thus the content and spirit of the letter is to condemn as irresponsible the antagonizing of a political leader. Not out of support for Corbyn, but out of fear of  the consequences. That the letter was seized upon by the usual suspects as evidence of non-Zionist Jews support for Corbyn is not surprising, but even the Jewish Chronicle seemed to be woefully off mark with the following headline: “Organisations distance themselves from ‘letter from Charedi rabbis’ defending Corbyn”

The question remains, who was the letter aimed at? I believe it was written to the mainstream Jewish community, pleading with them to keep a low profile (I say it again, not to support Corbyn). My proof for this is in the language. Had it been aimed for public consumption, it would have been written in English. Had it been aimed internally at the Charedi community, it would have been written in Yiddish. But it was written in a different language – modern Hebrew, with the curious device of writing British terms with the Yiddish transliteration. The use of the term Eretz England (Land of England) to denote Britain, written with Yiddish spelling, and the transliteration of terms such as Labour Party and Jeremy Corbyn, would indicate that the composer of the letter was indeed from the Charedi community.

The letter has provoked controversy in the Charedi community itself, and some of the rabbis involved have said that the letter they signed was different to the one published. The circumstances of the letter remain a mystery (at least to what is available by searching the internet) and some have claimed that the letter is fake.  The Jerusalem Post carried a report that the letter was a forgery by the anti-Zionist Satmar group, but I remain skeptical of this explanation, as I do not believe the letter to be pro Corbyn.  I would argue that what is fake is not the existence of the letter, but the false interpretation of the letter’s meaning. The Charedi community survived over the centuries by keeping its head down and offering passive support to the ruling power, and would never allow themselves to be seen opposing a ruler, or a ruler in waiting.

To complicate matters, there was then a second letter, this time from the more official Office of the Rabbinate of the Orthodox Congregations. A rebuttal to the original letter, it was written in Yiddish.

The content of this second letter (translation courtesy of the If You Tickle Us website) reads as follows:

Denial on behalf of the Rabbonim

A signed public rabbinical announcement was published on the eve of Rosh Hashono purportedly from the Rabbonim and Dayonim of our holy community have announced their support, intervened or have expressed a view in respect of one of the candidates in the English Parliament.

We hereby clarify that none of our rabbonim has signed the public announcement and that our principle remains as ever that we do not intervene or express any view in relation to general political affairs.

There Rabbonim and Geonim will in future not express either verbally or in writing any view regarding political affairs. May it be the Will [of God] that no fault should result from us.

Signed on behalf of the Beth Din

The message of the rebuttal, that we Jews should keep our nose clean, is actually in the same spirit as the original letter that it purports to oppose, and states (my emphasis):

We hereby clarify that none of our rabbonim has signed the public announcement and that our principle remains as ever that we do not intervene or express any view in relation to general political affairs.

However, the plot thickens, for the If You Tickle Us website claims that the badly written Yiddish of the second letter proves it to be a fake. Maybe we’ll never know the full story.

The Charedim have a world view that hasn’t changed much from the days when Cossacks roamed the streets of White Russia raping, pillaging and slaughtering the Jews. The community had no defense, except to keep a low profile and hide. The Charedi Rabbis’ original letter, and the rebuttal, whether genuine or not, indicate a deep fear held by the Charedi community.  The tragedy is that Antisemitism in the UK has modern day Britain has caused such fears to re-emerge.

We see a split between an increasingly assertive mainstream Jewish community, speaking out  loudly against antisemitism, and the closed Charedi community, who’s survival instincts tell them to keep a low profile.

With the UK Jewish community at the center of public debate with an intensity that is probably unprecedented, I am reminded of another scene from Fiddler on the Roof, when Tuvya the milkman looks to the heavens and berates God, “I know we are the chosen people, but couldn’t you choose somebody else for once?”

Maybe that is the real message behind these letters.

About the Author
Moshe Forman is a British-Israeli novelist and technical writer. He was the chairperson of the Union of Jewish Students of the UK and Eire, later working in Israel as a TV news cameraperson, before becoming a technical writer for some of Israel’s leading hi-tech companies. He recently published his first novel, "Quench and Wendy in the Land of Shovan" - an epic fantasy.
Related Topics
Related Posts
Comments