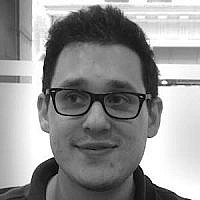 Faith is an integral part of Orthodox Judaism. Whether it’s circumcising one’s eight day old son, not eating certain foods, or keeping the Sabbath day, the natural question – ‘why’ – is, at the core of every discussion on the issue, met with a simple answer – ‘because God said so’. Further things are also kept because the Rabbis explained that when God said a, he also meant to cover b, c and d as well.

But rather than talking about faith itself, I’d like to talk about what exactly we expect to get in return for doing all these things.

Of course, if one takes it on faith that God commanded us to do certain things, then naturally doing these things ought to be in itself sufficient – why wouldn’t we want to do what the Creator has set out? But, perhaps to make things easier, there is an idea in Judaism of reward in return for observance. In fact, there would seem to be two different concepts regarding reward;

After all, who wouldn’t want to bring the redemption closer? Jewish history is filled with pain and suffering – and even now, when the Jewish people are perhaps in the best position we’ve been in for almost two millennia, we still experience regular reminders that anti-Semitism is not dead, but merely lurking in the shadows, seemingly ready to enjoy a widespread resurgence at a moment’s notice.

The concept of ultimate redemption is, in fact, one of the cornerstones of Jewish belief, as laid down by Maimonides in his Thirteen Articles of Faith. The Great Sage eloquently describes the combination of hope and frustration constantly present in this process, stating ‘and even though He (the Messiah) may delay, in spite of this I long every day that He will come.’

But what will happen when he comes?

As a child, one is encouraged to envision that the world will be a much better place. Everything will be wonderful, no sadness or pain; just happiness.

The thing is, you read the Talmud on this subject, and as with nearly everything in that multi-volume compendium, it’s not nearly so simple. The Messiah will come and everything will be awesome. Or he’ll come after an apocalypse. Or he’ll come and everything will be pretty much the same as before, except that he’ll now have come. There’s even one Rabbi who puts forward the frankly quite terrifying notion that we’ve missed our chance for the Messiah to come – although the other Rabbis taking part in that Talmudic discussion vehemently disagree with that theory.

But if we look at what the Prophets say, things seem to gel more with what we learnt as kids. Those who hate us will be humbled by God. All the Nations will see us as the Chosen People. Messiah will rule the world from Jerusalem. The Temple will be rebuilt, the offerings will be restored, the Torah will be kept again properly.

At a first glance, that looks good. But when you look at it further, questions start popping up.

Basically, what I’m trying to say is this. The next time you pray for the Messiah’s imminent arrival, just take a minute to think what that might mean. If you have no problem with the mental picture you paint for yourself, ok, fine. But if you do, maybe you want to put a little more thought into what exactly you’re signing up for.

It’s customary for Orthodox sermons to end off with the prayer that we should merit to see the coming of the Messiah speedily in our days.

But I’m really not sure that I can. My apologies to Maimonides.

About the Author
Daniel Sugarman is a twenty-something North West Londoner. He has been described as a fanatic, but only in the sense of being a film fanatic. Daniel blogs about the UK and Israel, as well as the Jewish Community and Culture in general.
Related Topics
Related Posts
Daniel Sugarman
Comments