My mum got back from Israel a few days ago. She brought me a new IDF pullover, the one I already had was worn out and old.

She gave me some publicity stuff written in Hebrew so I could practice a bit, but she also bought me something for my 22 birthday, and it’s so catchy to the eye, it has brought me more problems than any other Jewish things I use. On Wednesday I was walking to take the second bus to be on time for a course I signed up for, and I ran into a girl who stared at my necklace for a while, which take us to the next scene:

She: eww, a Jewish girl.

She gave me a puzzled look and I kept walking, I was late. I talked to her in Hebrew because I was mad with her being disgusted about me being a Jew. Which by the way, I am not.

Michael Douglas’ (one of my favorite actors EVER) son got insulted for carrying a David Star on his neck. Is he supossed to hide his religious fundaments? No. Is he allowed to cry because anti-semitism? Yes.

Will anti-semitism ever stop? Most likely no. It comes from years ago, based on historical differences, on a root of irrational and misplaced hatred of Israel. Based on a rise of Muslim population, that gives an extra range for an extremist group that will grow the hate towards Jews. 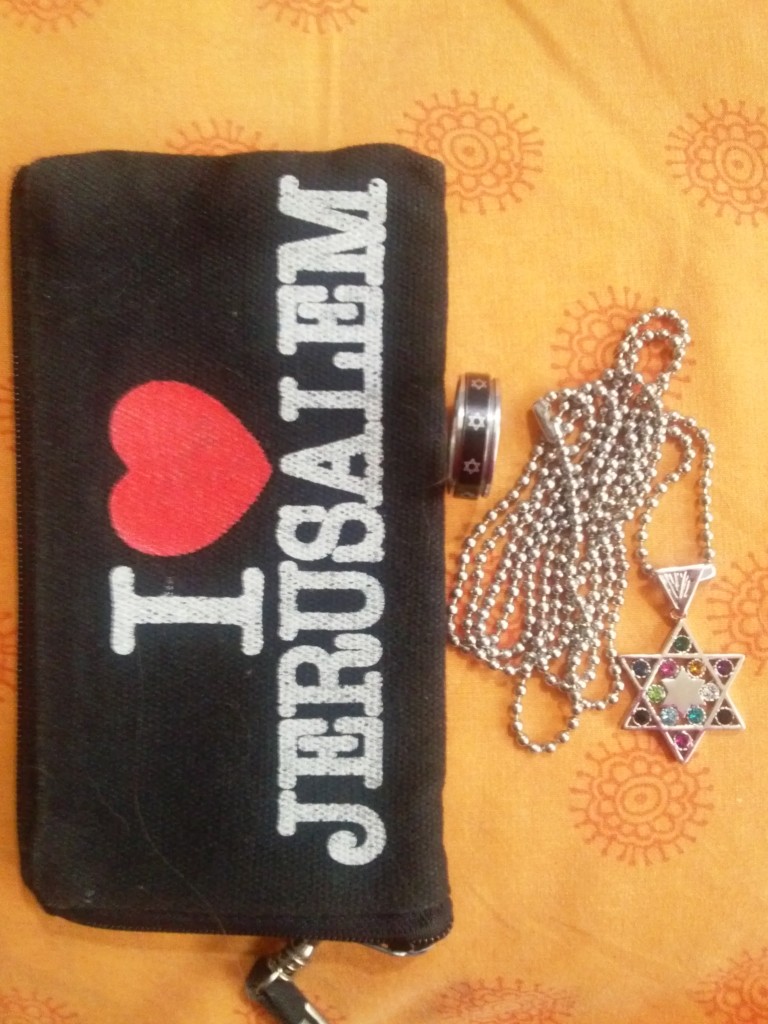 This is what I carry on a daily basis. My new necklace, my old ring that includes a personal vow and my phone bag that reminds me every morning of how badly I hope the Hebrew University of Israel accepts me for my Master’s.

Dylan, you are a Jew, and I know for sure you won’t bow your head because of the insults, though you will stand up, and be proud of who you are and what you support.

Dylan, you are not alone, you have millions of Jews’ hearts beating together, and you have another good share of non-Jews supporting the fight. I might not share your exact beliefs, but my Lord was a Jew, and that’s good enough for me.