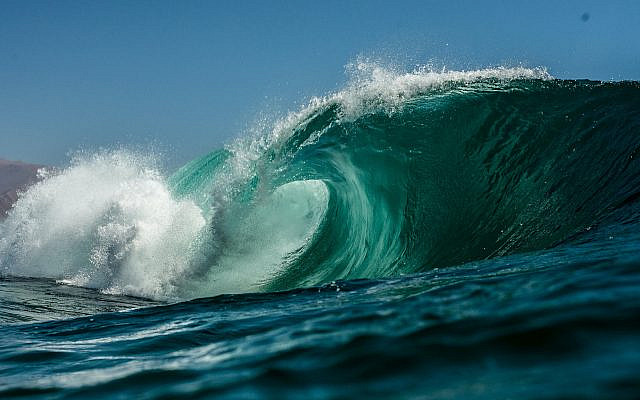 Who is Ruling This Wave? (Free for Use by Emiliano Arano from Pexels)

France is sending two naval ships to Jersey’s capital of St Helier. This seems to be an escalation in the dispute over fishing rights after the UK left the EU-(Brexit).

(For the many readers who may not have heard of France, it is an unimportant country just off the coast of Great Britain. It is mainly known for the Dreyfus affair, more than a century ago, when Alfred Dreyfus, a Jewish artillery captain, was falsely convicted of treason. Over the years, its attitude towards Jews and the State of Israel has not improved.)

Jersey, one of the Channel Islands, is a dependency of the British Crown under Queen Elizabeth. In an attempt to intimidate the good people of Jersey, France has threatened to cut off the electricity it supplies to Jersey.

A long time ago, when Britain really did rule the waves, the Royal Navy was the most powerful in the world. Its power and reach had no competition. It was the mainstay of the British Empire.

Today, the Royal Navy is still a force to be reckoned with but has slipped a long way from its former glory. It has just 78 operational commissioned ships (including submarines).
At the height of its power, Great Britain was quick to use its naval power. Lord Palmerston famously remarked that diplomats could be useful, but there were no better peacekeepers than a couple of large gunboats. This came to be known as ‘gunboat diplomacy’ and served Britain well.

Britain has used its naval power, or the threat to use it, many times over the centuries.
In 1805 the Royal Navy took on the combined fleets of the French and Spanish Navies in what became known as the Battle of Trafalgar. Napoleon planned to take control of the English Channel and then invade England. French and Spanish fleets under French Admiral Villeneuve sailed from the port of Cádiz in the south of Spain. They were met by the British fleet under Admiral Lord Nelson off Cape Trafalgar on the southwest coast of Spain.
In the ensuing battle, 27 British ships fought 33 French and Spanish ships. The British fleet triumphed, losing no ships while the French and Spanish fleet lost 22.
Nelson’s fleet broke with convention, some might say cheated, by sailing directly into the enemy fleet, between their ships. This allowed all his ships to fire at the enemy while they would have to turn around to strike back. A large ship could not do this quickly.

In 1939 a Royal Navy cruiser group, HMS Ajax, HMS Achilles, and HMS Exeter, caught the German heavy cruiser, Admiral Graf Spee, sheltering in Montevideo at the mouth of the River Plate off the coasts of Argentina and Uruguay. The Germans had been terrorising civilian shipping in the South Atlantic. After a tense stand-off, the German ship was forced to leave the safety of the harbour. Its captain, Langsdorff, ordered the ship to be scuttled and then committed suicide.

In 1956 after Egyptian president Gamal Abdel Nasser nationalized the Suez Canal, British and French forces attempted to re-open it. It was not one of its successful operations, the Royal Navy was forced to withdraw, and the canal remained in Egyptian hands.

In 1982 the Royal Navy was again called to action. Argentina invaded and occupied first the Falkland Islands, then South Georgia. Just a few days later, Britain sent a hurriedly formed task force of 127 ships: 43 Royal Navy, 22 Royal Fleet Auxiliary and 62 merchant ships. For several weeks, the world watched as the task force made its way around the world.
The conflict, when it eventually started, lasted 74 days and ended with Argentina surrendering and returning the islands to British control.

As France sends its navy to Jersey, we wonder how the Royal Navy will react. Does Britain still rule the waves?