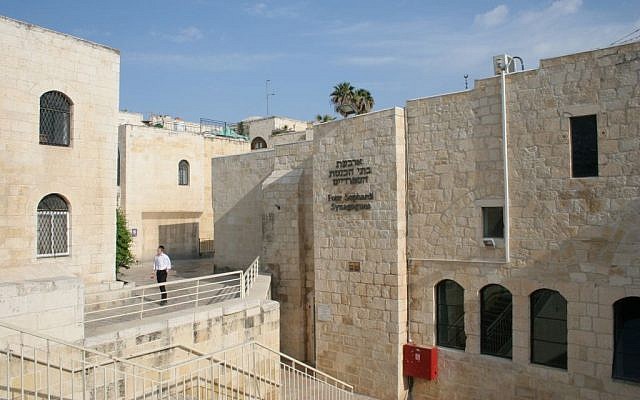 The following blog post should not be read by anyone who is sensitive about the idea of G-d or the role of technology in a G-d created world or pickles. Close this page now – because I really mean no offense.

My brother passed away a long time ago from cancer. I’ve mentioned him a couple of times in this series of blog posts. I’ve also mentioned that he was truly a genius who had a special kind of vision. I loved him but we didn’t really get along even once I was of adult age. I think this was basically because I was none of the things he was. In fact, I embarrassed him more often than not.

I have had my successes in life and I would have loved to show him what I have managed to do, especially because it was in the field of technology. My brother was a physicist which involves concepts in mathematics that I wouldn’t even try understanding. But I still think we could’ve had a conversation about the work he does and the work I do.

My brother was religious and even at the lowest points in his life, when his disease really consumed him, he still believed and he still practiced. I still wear a kipah and keep Shabbat and Kashrut, but my version of religion and faith and G-d is probably weird enough to start my own religion. At the very least, I could get a tax exemption.

People would challenge my brother and ask him how he could believe in the old testament, but still study a science that challenges the text of the Bible on a daily basis. Recently a subatomic particle was proven to exist, called the Higgs boson. It was humorously referred to as the G-d particle as a hopeful nickname that indicated that science had finally solved a basic puzzle of existence. Interestingly, a lot of physicists I have met believe in G-d. They’re not necessarily religious and they don’t necessarily  follow any specific religion. But as one friend of my brothers once said “existence just works too well to be random”. It’s a brilliant statement but one that the Rambam effectively said hundreds of years ago. Humans like things to have a beginning and end and to have in order and reason in the middle. For some, that is their definition of G-d.

I will spare you my 60 page treatise on the significance of nature versus miracle, and the future of mankind which in my opinion includes, for all intents and purposes, becoming at the very least godlike. I will share with you a few comments from the summary page. Comments in return are welcome, but please, I beg you, I have no intent to offend or challenge anyone’s beliefs. I am simply sharing mine.

I believe in technology. It is reliable. It is predictable. It has rules with consequences if you break them. You can apply statistics to it. And despite all the jokes about statistics, the NSA knows when you will have your next cup of coffee because of the science of statistics.

I believe in G-d. But in the world of physics, something only exists if you can measure it. This is not a heretical claim that G-d should be measurable. It is not a challenge that there must be no G-d because we cannot measure His presence. Physics deals with practicality. If I can’t measure it, if I cannot find any sign of its existence, then for all intents and purposes, purely in a practical way, it does not exist.

I believe in G-d and I choose to believe in an afterlife, ultimate justice, reward and punishment, a divinely helping hand, the divine sanctity of the land we live on and a lot more. But that is a choice. It is an arbitrary choice. And it is not even based on something as primitive as the neural response in my spinal cord when I eat ice cream. Believing in G-d doesn’t make my day better. It doesn’t give me hope when I’m down. I used to shout at the heavens. I don’t anymore. If I have to choose between faith and a piece of technology from 200 years in the future that could eliminate threats to my family and people, I would choose the future technology.

G-d has a plan. But I don’t care. I have seen technology save people’s lives. I’ve seen people survive accidents that should’ve killed them. Perhaps that is G-d. But one day we will have a technology that can save people almost regardless of their status after an accident. Does that mean G-d goes away? What happens when we have cured all disease, and we will. No one will have to say a blessing for the sick during prayer. Technology 1, G-d 0.

There are plenty of people who will give money to institutions of Jewish learning. I believe that Jewish learning is critical to the future of our people. Our religion and our culture blend together in such a way that you almost can’t have one without the other. But I would rather give my charity to any institution or lab that fights disease, hunger, war and death  with plain old transistors and wires.

During the last war, countless Israelis kept looking upwards to the skies. But they weren’t looking for G-d.. They were looking for the latest technology to destroy incoming threats. Of course, there are those who will argue vehemently that it was G-d who inspired the engineers and physicists and designers who ultimately created this technology. I can’t prove them wrong. There’s no point to. If that is what they believe, then I actually respect it. I just don’t care. All I care about is our young boys and girls spending time in a computer lab or engineering lab designing tools and weapons that will eliminate the threat of terrorism against the Jewish people. I believe in these boys and girls. I believe in their G-d-given talents to find the answers that we desperately need.

Belief or faith in G-d didn’t help my brother. But if someone, even me, had been smart enough 30 years ago to design a technology or medical treatment that would have cured him, who would I ultimately thank? My son goes into the Army tomorrow. Who will protect him? Who will protect his friends and all of the Israeli army? If prayer and belief makes it easier for the parents of these boys and girls to sleep at night, then I envy them. But I would rather be smart enough to create an Ironman suit that could protect our soldiers 24/7. I would have faith in that piece of metal.

I have been called many names, most of which are impolite at best, because I would dare G-d to share His plan with us. But at this point in my life, I don’t care about His plan. Quite the contrary. Let Him have as many plans as He wants. I really just don’t want Him to get in the way. If G-d’s plan doesn’t include the cure for cancer in the next short while, then I would rather that G-d leave us alone, and let our young boys and girls discover that cure, perhaps even tomorrow.

Once again, I apologize to anyone I may have offended. I did warn you at the very beginning.

In any case, thanks for listening