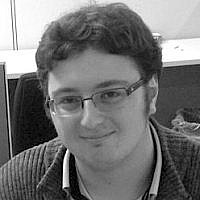 In a statement on the blog-publishing platform Medium, New York Senator Chuck Schumer announced Thursday evening he will oppose the Iran deal in September when Congress resumes from summer recess. Though his vote has been touted as influential and the most important on the Democratic side, his vote is essentially meaningless as the entire vote itself. One, there’s apparently not enough Democrats to override an expected presidential veto. Two, the damage has been done.

Thirteen Democrats in the Senate and 44 Democrats in the House of Representatives would need to be part of the caucus opposed to the deal in order to override the promised veto. As of this moment, only two Senate Democrats and one in the House have spoken out against the deal. Besides Schumer, New Jersey Senator Robert Menendez has been outspoken and opposed to the deal since it was announced. New York Representative Eliot Engel, the ranking Democrat on the House Foreign Relations Committee, revealed his opposition shortly after Schumer.

More importantly, in a post, also on Medium, Israeli venture capitalist Michael Eisenberg writes that Congress needs to shift its focus toward a greater problem: the issue of Radical Islam plaguing the Middle East and North Africa. “Terrorism by ISIS and Iran is rampant now and the only thing scarier than Iran with a bomb is a terrorist funded by Iran who has a bomb. Actually, with all the funding Iran now has due to removal of the sanctions, they can fund any kind of terrorism they want. And they will. People, the American people, are rightly scared of terrorism exported by Radical Islam.”

The damage has already been done. Billions of dollars have flowed into the Iranian economy. In his statement Schumer said, “Under this agreement, Iran would receive at least $50 billion dollars in the near future and would undoubtedly use some of that money to redouble its efforts to create even more trouble in the Middle East, and, perhaps, beyond.” Syndicated columnist Charles Krauthammer stated, “Whatever Congress ultimately does, it won’t matter because the legal underpinning for the entire international sanctions regime against Iran will have been dismantled at the Security Council. Ten years of painstakingly constructed international sanctions will vanish overnight, irretrievably.”

Realistically, negotiations with the forefront sponsor of terrorism should not have happened at all. Appeasement never works. It didn’t work in the aftermath of the Munich Conference in 1938. And it won’t work as a result of the conference in Vienna in 2015. On Fox News’ Hannity prominent talk radio host Mark Levin said, “Barack Obama has now planted the seeds of World War Three.” One year after British Prime Minister Neville Chamberlain hailed what he thought was a successful negotiation with Adolf Hitler, Germany invaded Poland and ignited World War Two. Now, it may be a few months after Obama and Kerry’s proclamation of “mission accomplished” that Iran could have the bomb and cause another world war.

Krauthammer said, “By then, Iran will be flush with cash, legitimized as a normal international actor in good standing, recognized (as Obama once said) as ‘a very successful regional power.’ Stopping Iran from going nuclear at that point will be infinitely more difficult and risky.” He added, “Congress needs to act in order to rob this deal of, at least, its domestic legitimacy. Rejection will make little difference on the ground.”

Despite his standing in Congress, Schumer’s expected vote should be taken in vain.

About the Author
Jackson Richman is a student at George Washington University in Washington, D.C. Former fellow at The Weekly Standard. Once shadowed at the Jerusalem Post.
Related Topics
Related Posts
Comments