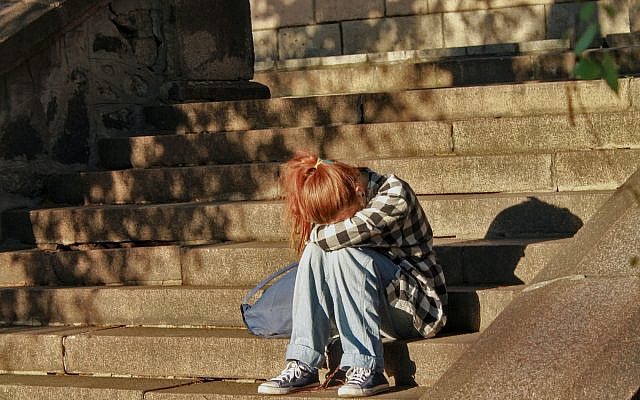 Photo by Zhivko Minkov on Unsplash

In the wake of yet another sickening school massacre, we grieve, we debate policy and politics, we blame, we scramble to determine how to protect our loved ones and put an end to this epidemic of violence. And we ask why – why does God allow such tragedies and such anguish?!

There is no good answer. There are profound treatises on human suffering that offer some degree of comfort in their explanations of why bad things happen to good people. But it is taught that ultimately “we are unable to understand either the well-being of the wicked or the tribulations of the righteous” (Avos 4:15). Furthermore, the sages teach that one should “not comfort one while his dead lies before him” (Avos 4:18), and therefore this is not the moment for philosophical explanations.

What we can and must address, however, is the sickness that is plaguing our culture and resulting in so much rage and nihilism and violence. While it is likely that the perpetrators of such heinous acts are sociopaths with far too easy access to weapons of war, it is also worth exploring the state of the modern psyche.

Why are so many youth today disaffected and despondent? Why are so many adults dissatisfied and disgruntled? Why is there so much bitterness in the way we interact with one another both online and in the public square?

Psychologists and sociologists will certainly provide a variety of factors that contribute to our current cultural malaise. But if we want to be completely honest with ourselves, and if we really want to get to the root of the issue, then we should consult the Rabbis as well. In our rationalist age, we tend to favor the scientists and discount the spiritualists. But as our world becomes increasingly dysfunctional and dangerous, and as we struggle to understand why, it is becoming ever more clear that rationalism and empiricism will only take us so far.

What we are suffering today is a crisis of the spirit. A society which downplays the inherent goodness and interconnectedness of its members will produce a culture that is, at best, individualistic and libertarian, and at worst, decadent, narcissistic, and cruel. To understand why modern culture has veered into stark divisiveness and increasingly frequent violence, we need only recognize the angst and despondency of several generations that were reared on notions of existentialism, atheism, nihilism, and naturalism. These and a host of other ‘isms’ have encouraged us, either subtly or more blatantly, to question our intrinsic worth and our fundamental goodness.

Torah provides us a very different concept of our self and our world. The giving of the Torah on Mount Sinai that we celebrate (and re-experience) on Shavuot was a complete revolution in the history of the creation because it presented an alternative understanding of humanity that would reshape the course of history.

We can see this in the opening words of the ten commandments, “Anochi A-donai E-lohecha/I am the Lord your God.” What is the commandment here, and what do these three words mean? Unlike the subsequent nine commandments that instruct us on various behaviors or proscriptions – you shall have no other gods but me, honor your father and mother, don’t kill, etc. – this first commandment seems to lack a specific instruction. It seems to simply state a fact, that the one who is delivering these words is our Lord and our God, and furthermore, as the rest of the sentence states, He is the one who “took us out of the land of Egypt.” Why is that considered a “commandment,” and why is it the very first commandment no less? Furthermore, why does it need to state that He is both our “Lord” and our “God”? What is the difference between the two terms, and what makes them both necessary?

The mystics point out that each of the first three words of this verse refers to a different aspect of God. “Anochi,” which means “I”, refers to a level of God that is so lofty and inaccessible that it cannot even be captured by a name. A name is not the true essence of the thing that it signifies, it is rather a label by which other things can know it, grasp it, and relate to it. In itself, a being does not need a name; a name becomes necessary only when it is communicating with something other. “Anochi,” therefore, alludes to a level of Godliness that is beyond names and beyond a relationship with the world.

The second word of the verse, “Y-h-v-h,” is a name of God that we do not pronounce as it is spelled because it is so holy. We therefore pronounce it as “A-donai” when we are praying or reading Torah, and we commonly speak of it as “Hashem/the name,” or sometimes as “Havaya” which is a remixing of the letters to produce a word that is similar to the actual name and enables us to discuss it without explicitly mentioning it. This name refers to a transcendent level of God that is “above” the world but simultaneously related to the world in that it creates it and “surrounds” it. Though we use spatial words, like “above” and “surround” to describe the relationship between the levels of Godliness and the creation, these are only borrowed terms. For the name “A-donai” and the level of God that it represents, there is no space nor time, as these are merely constructs which God fashioned to manage and order this material creation. The very name “Y-h-v-h” alludes to its transcendent quality, as it contains within it the words “hayah/was”, “hoveh/is”, and “yihyeh/will be,” and thus indicates that past, present, and future are all contained within it as one.

The third name “E-lohecha”, is a form of the divine name “E-lohim” which refers to Godliness that pervades the world and interacts with it. “E-lohim” conducts the moment to moment operations of the creation. It is the aspect of God that has lowered itself to the extent that the actions of humankind carry significance. While “A-donai” is not phased by our deeds and conduct because from such a lofty and removed perspective we are all one and unified, “E-lohim” is the force of God that distinguishes between right and wrong and administers judgment and consequence.

By invoking all three of these names and levels of God, the first commandment is informing us of one of the deepest secrets of our reality: the level of “Anochi,” a Godliness that is so lofty and boundless that it cannot even be named, descends into “A-donai,” a state of Godliness which creates but transcends the creation, and thereby comes down into “E-lohim,” a divinity that can suffuse even the most picayune aspects of humanity.

Not only does the highest essence of absolute Godliness make this precipitous descent into our world, but furthermore, as the verse states, “Anochi A-donai E-loheCHA/I am the Lord YOUR God!” If it had merely stated ‘Anochi A-donai E-lohim/I am the Lord God,’ this in itself would have been a profound disclosure informing us that God’s sublime essence descends into the very details of the creation. But by utilizing the possessive form and specifying “E-lohecha/Your God,” the verse reveals that “Anochi” and “A-donai” permeate not only into the level of “E-lohim,” but this level of “E-lohim” enables all of these degrees of Godliness to become yours, to literally penetrate within you and to be possessed and incorporated by you. Through this process of the giving of the Torah, God becomes not only the consummate, infinite Creator that is above you and beyond you, but He has made Himself yours. He can be accessed by you, emulated by you, and attained by you.

In other words, because He has implanted “Anochi” within us, because He has thereby revealed to us the secret reality that there is nothing other than His oneness – that all of creation is unified in His unconcealed essence – thereby each of us can be Godly, because we are Godly!

This recognition of our inherent Godliness is the difference between a society of cruelty and indifference, and a culture of compassion and brotherhood. An individual who believes s/he has no purpose or meaning is far more likely to commit violence than one who believes s/he is inherently divine and connected to every aspect of the world around her/him.

There is no easy or quick fix to the serious issues that we are currently facing. But we must begin by addressing the spiritual alienation that festers in our core. The truth – the ultimate truth – is that we are inherently Godly and we are one. The core of our soul is not only pure and good, but it is the same in each of us, regardless of the outer physical trappings that conceal it.

As our world is descending into conflict and violence, we must work to help every member of society recognize her/his infinite value. There may always be those miscreants who are crippled by mental illness or driven by megalomania, but when we encourage the masses to see the dignity and sanctity within themselves and within one another, we will create a world of integrity and empathy where we no longer have to frequently mourn the senseless slaughter of innocents.

At this time of Shavuot, may we all merit to “mekabel Torah b’simcha u’b’pnimyus/receive the Torah with joy in our innermost depths.”

The writer is the author of the recently released You, an accessible introduction to the deepest depths of the human experience based on the esoteric teachings of Torah. www.pneihashem.com