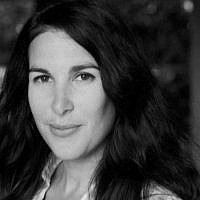 The Blogs
Netalie Zohar
ui/ux specialist owner at www.zoharstudio.com and entrepreneur
Apply for a Blog
Please note that the posts on The Blogs are contributed by third parties. The opinions, facts and any media content in them are presented solely by the authors, and neither The Times of Israel nor its partners assume any responsibility for them. Please contact us in case of abuse. In case of abuse,
Report this post. 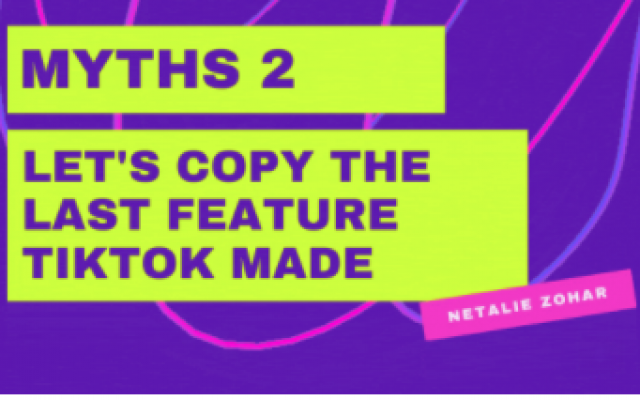 ux myths that will blow away

“Let’s copy the last feature TikTok added”
“You are the designer , let’s start with the design, no need to create UX”
“We will conduct a UX test after we complete the development stage”
Sounds familiar?

As a UX designer I face this scenario often, What does UX design actually mean?
This is the experience every user encounters whenever he or she tries to purchase something online, when they press the “like” button, or when they choose their favourite song on Spotify.

This post will blow away some of the UX myths you know.

Myth 1:
UX testing needs to be at the end of development process.

It makes no sense to conduct a UX test at the end of the process. It is far preferable to check the product and the system throughout the process at the relevant times. At all stages of the product lifecycle, this will ensure time saving for solutions that don’t work.

Myth 2:
The best thing is to copy features of competitors (for example the last feature Tik Tok launched).

Copying features , especially in the field of UX doesn’t help the product, because:

Amazon changed the book selling business like a shot, didn’t it?

Well, in fact they didn’t. No matter how it may seem from the outside. The fact is that it takes many years to be an overnight success even for internet entrepreneurs. Years of hard work, endurance, learning, experimenting, and many failures along the way. And sometimes pursuing a project almost everybody dislikes. Seemingly swift successes that took a long time to achieve:

Twitter: Twitter founder Biz Stone had been creating blogging, mobile and social products for 8 years before founding Twitter. He says: “Timing, perseverance, and ten years of trying will eventually make you look like an overnight success.” – Timing Lessons.

Apple iPod: It took 3 years for the iPod to become an overnight success. “The first iPod was released in 2001.

Within a year, Apple had revised it to improve ergonomics in a second version. But it wasn’t until the fourth version in 2004 that sales started to take off.

Gmail: “We starting working on Gmail in August 2001. For a long time, almost everyone disliked it. […] Quite a few people thought that we should kill the project, or perhaps “reboot” it as an enterprise product with native client software, not this crazy Javascript stuff. Even when we got to the point of launching it on April 1, 2004 – two and a half years after starting work on it – many people inside of Google were predicting doom.“
Overnight success takes a long time

About the Author
Born and raised in Israel, Netalie is an entrepreneur with a passion. Owner of Zohar Studio ui/ux and design studio and Music lover.
Related Topics
Related Posts
Comments