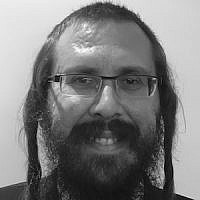 The Blogs
Ephraim Portnoy
Apply for a Blog
Advertisement
Please note that the posts on The Blogs are contributed by third parties. The opinions, facts and any media content in them are presented solely by the authors, and neither The Times of Israel nor its partners assume any responsibility for them. Please contact us in case of abuse. In case of abuse,
Report this post.

When I was in school for Social Work, most of our instructors were left-leaning. During our courses on the history of social work or on public policy, they made sure to point out how the Netanyahu government doesn’t think it that important to invest in fighting poverty and the income gap, in providing free housing to those who need it, and so on. They would lament the privatization of government companies, especially social projects.

They would afterwards claim that they understand that the political right has another ideology and believes that the proper place to invest national resources is in other things. They purported to acknowledge that the right are allowed to have a different opinion.

But of course, the ones who really cared about the poor, lower socioeconomic classes living in troubled neighborhoods in Lod, Ramle, and the southern periphery was supposed to be none other than the left and their socialist ideals. Who cared about the Mizrahim if not the non-racist left? Who cared about the disabled, the unemployed, etc.?

Of course, our last national elections here showed us how much those social classes feel loved and cared for by their left-leaning saviors in the cafes of Tel Aviv and the university classes in Haifa. Even the objective Israeli media couldn’t understand why Mizrahim would vote for the supposedly racist, capitalist party who created the income gap that filled their neighborhoods with unemployed young men.

What we did learn from those elections was just how much the left, for of their great intentions, just doesn’t understand the people that they think that they’re out to help.

The world just watched in shock as how just a little more than half of US votes went towards a man that liberals and leftists believe to be a racist, sexist, anti-progressive with every conceivable negative quality. They are wondering how this could have happened. What did they fail to see? How could they not have realized what’s going to happen?
To tell the truth, I was also rooting for Hillary. I also think that Trump has shown himself to be a dangerous man for the job, and I thought it would be better to endure four more or less predictable years of Clinton than take the risk with Trump.

As I read the reactions on the left to Trump’s victory, I once again see the same pattern that happened in Israel. With all of their talk of inclusiveness as opposed to racism, the left just doesn’t get what makes the right tick.
The left sees the world with different lenses than the populations which they claim to care for. They see the world through the conflict paradigm, of haters and hated, of oppressors and oppressed.

But we polled people if they want Mr. Trump for president. We didn’t poll them if their inherent white racism is the reason why.

New York Times’ Paul Krugman writes, What we do know is that people like me, and probably like most readers of The New York Times, truly didn’t understand the country we live in. But does he understand now? What has he discovered about his fellow citizens? Only that There turn out to be a huge number of people — white people, living mainly in rural areas — who don’t share at all our idea of what America is about. For them, it is about blood and soil, about traditional patriarchy and racial hierarchy.

For example, Roger Cohen writes, “For some Americans – and this is painful to admit – a woman following a black man to the White House was simply too much to swallow.”  Really? Did we take a poll of how many Americans to find out if they weren’t voting for Hillary just because she’s a woman following a black man? It wouldn’t be painful to find out that there are a few Americans who think like that – I wouldn’t be shocked to find a few dozen here and there.

But is that anything close to the real reasons that tens of millions of people voted for Trump? Does Cohen not see any reason not to vote for Hillary than her gender and the skin color of her predecessor?

Or take Roxanne Gay, who writes, “I thought there were more Americans who believe in progress and equality than there were Americans who were racist, xenophobic, misogynistic and homophobic. This is a generalization, but it’s hard to feel otherwise.” Again, why must we run to the leftist paradigm that sees everything through the lenses of conflict? Has it ever occurred to Ms. Gay that there are Americans who believe in progress and equality, but are tired of being called racist, xenophobic, misogynistic and homophobic just because they don’t follow a specific politic?

About the Author
Ephraim Portnoy is a Social Worker, Rabbi, and Lecturer on the topics of interpersonal relationships and personal development. He can be reached at ephraim@ephraimportnoy.com
Comments