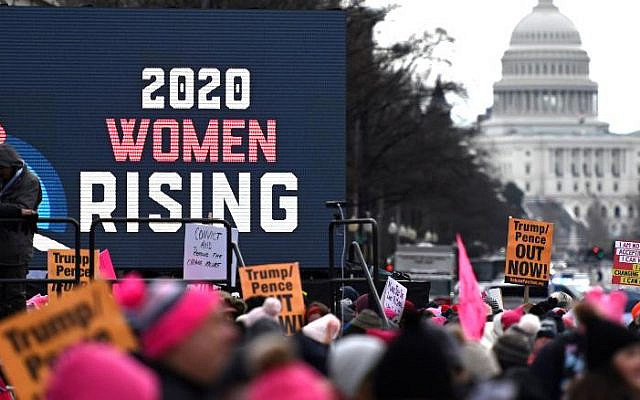 Former Vice President Joe Biden, the likely nominee for the Democratic Party in November, has been accused of sexual assault by Tara Reade.

You may not have heard about it because there’s a big chance you never saw it on the news. Speaking with Katie Halper, the two published an interview via a Soundcloud account of her time working for the senator in 1993. It’s been a day since the interview went live and, at time of writing, The New York Times, The Washington Post, MSNBC, and CNN have yet to report on it.

This is particularly strange since it’s roughly four years after the 2016 election: when the Republican nominee was also accused of the very same act, igniting the #MeToo movement.

Over three years have gone by and the #MeToo movement has largely faded into the past. However, we can see with hindsight that it appeared to be a reaction to the victory of Donald Trump only weeks after he was caught on tape confessing to sexual assault. The annual Women’s March, which started as a direct rebuttal against the new president, has been out of the limelight and we now focus on different issues like climate change and global health pandemics.

That isn’t to say these accusations should now be ignored or brushed aside. I find it to be particularly striking that not one of the American mainstream media outlets has reported on the story, considering the past actions of the press and their dedication to the rising political slogan, Believe Women.

When Hollywood producer Harvey Weinstein was accused of sexual assault and rape, more than 80 women came forward to tell, largely, the same story about how he acted in private. We were told to #BelieveWomen. The disgraced and convicted rapist is now sitting in a prison cell for the next 23 years and battling Coronavirus. We believed, and justice was rightfully served.

During the 2017 confirmation of Supreme Court Justice Brett Kavanaugh, Dr. Christine Blasey Ford accused the nominee of unspeakable acts of sexual assault. Dating back 30 years, the judge had to defend his name and fight for his reputation as the proceedings led to mass protests and demonstrations around the country. We were told – by the media, by our politicians, by our celebrities – to #BelieveWomen. Regardless, he was confirmed by 51-49 – the narrowest margin in US Senate history – and now sits in the Supreme Court until his death or retirement.

I fail to see how Joe Biden is somehow immune to the same serious accusations for which countless celebrities and public figures are now paying the price. Biden’s supporters will accuse Reade of carrying out a politically-charged attack. Republicans will jump at the chance to highlight the hypocrisy of the media and how it reported on some accusations and not others. It is possible that both of these parties are correct. However, there should be some consistency for when we believe women and for times in which we ignore their voices entirely.

If our mainstream media outlets are going to tell us to believe every accusation, then Tara Reade deserves to be heard by them and treated with the same respect in holding the former Vice President accountable for his actions. What does it say that even The Times Up Legal Defense Fund has refused to legally defend her due to a political conflict of interest?

The type of behavior that Biden has been accused of is hardly out of character for him. There are dozens of videos online of him stroking young girls’ faces – or standing too close and resting his hands on their bodies for a bit too long. While he addressed his behavior last year and admitted he was inappropriate, the media has a responsibility to inform their readers and viewers about something that, if he were a Republican, would be a talking point for several weeks.

I suppose in America when you’re accused of sexual assault, you’re either disgraced or elected to a higher office.