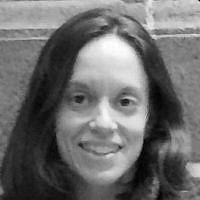 The Blogs
Rina Krautwirth
Apply for a Blog
Advertisement
Please note that the posts on The Blogs are contributed by third parties. The opinions, facts and any media content in them are presented solely by the authors, and neither The Times of Israel nor its partners assume any responsibility for them. Please contact us in case of abuse. In case of abuse,
Report this post.

I also established My covenant with them, to give them the land of Canaan, the land in which they lived as sojourners (Exodus 6:4).

At the start of Parshat Vaeira, God tells Moshe that God will fulfill the covenant to give Israel their ancestral land of Canaan. This verse seems perplexing. Did the forefathers in reality have a claim on the land of Israel? The midrash, as quoted by Rashi in Exodus 6:9 (third comment), points out the inconsistency between this verse and information that appears elsewhere in the Torah:

In Exodus 6:4, it sounds as though the forefathers had some sort of claim to the land of Israel. However, the Midrash reminds us, when Avraham wished to bury Sarah in the land of Israel, he needed to purchase the land from Ephron at a very high price. Likewise, when Yitzchak dug wells in the land of Israel, people contested these wells. Finally, the Torah elsewhere states that Yaakov had to purchase land on which to pitch his tent. In all three cases, it sounds as though the forefathers never actually had ownership of the land of Israel, as Exodus 6:4 would have it seem. The Midrash uses this inconsistency to teach a moral lesson, as it so often does. The Midrash connects verse four to an earlier verse, Exodus 5:22, and envisions a conversation between G-d and Moshe about how in spite of not having a claim on the land, the forefathers did not question G-d’s attributes (midot) whereas Moshe earlier had complained:

Then Moses returned to the LORD and said, “O Lord, why did You bring harm upon this people? Why did You send me?” (Exodus 5:22).

While this Midrash might raise some theological questions, such as why the Midrash faults Moshe for complaining, Rashi finds this Midrash difficult from a technical perspective:

Here we see a key aspect of Rashi that points to his overall methodology. Rashi views this Midrash as going against the peshat, the plain meaning of the text. Rashi in his commentary on Beresheet 3:8 spells out in a programmatic statement his approach to when he brings a Midrash in his commentary and when he does not. Prior to Rashi, when anyone learned the parsha, they used the Midrash as commentary. Rashi innovatively explains that he only brings Midrashim that support the peshat. Beresheet 3:8 states:

They heard the sound of the LORD God moving about in the garden at the breezy time of day; and the man and his wife hid from the LORD God among the trees of the garden.”

In his commentary on this verse, Rashi perhaps famously states:

And they heard — There are many Midrashic explanations and our Teachers have already collected them in their appropriate places in Genesis Rabbah and in other Midrashim. I, however, am only concerned with the plain sense of Scripture and with such Agadoth that explain the words of Scripture in a manner that fits in with them. And they heard — What did they hear? They heard the sound of the Holy One, blessed be He, as He walked in the garden.

The key phrase of “וּלְאַגָּדָה הַמְיַשֶּׁבֶת דִּבְרֵי הַמִּקְרָא – in a manner that fits in with words of the text” (literally seats or supports) has led to much scholarship. This exact phrase echoes in our Rashi, the commentary on Exodus 6:9, where Rashi writes: וְאֵין הַמִּדְרָשׁ מִתְיַשֵּׁב אַחַר הַמִּקְרָא מִפְּנֵי כַמָּה דְבָרִים” – But this Midrashic exposition does not fit in with the text for several reasons.”

Rashi then concludes that he prefers to read the text literally, presumably based on his comments on Exodus 6:4 that the verse refers to the promise that G-d made to the forefathers. However, if one wishes to, one may use the Midrashic interpretation:

Therefore I say: let Scripture be explained in its literal sense so that each statement fits into its proper setting, but the Midrashic exposition may also be given, if you like, as it is said (Jeremiah 23:29) “Is not my word like as fire, saith the Lord, and like a hammer which, by the force of its own blow, the rock at which it strikes shatters in pieces.”

Regarding this last piece, Nechama Liebowitz in her gilyonot (worksheets) asks about the significance of the hammer analogy in the verse quoted by Rashi, as an open question. I will leave this as a thought question for the reader to ponder.

About the Author
Rina Krautwirth attended Barnard College, where she majored in Biology. She is a graduate of the Drisha Scholar’s Circle, where she studied for three years. She also holds a Master’s degree in Modern Jewish History from YU and an MLIS from Queens College. Rina has served on the young leadership board of the New York chapter of the Israel Cancer Research Fund, where she helped to organize fundraising events. She also has interned at the American Museum of Natural History, including at its butterfly exhibit. She is interested in the intersection between science and Judaism and has written articles and spoken on the topic. Additionally, she has authored an article for Researchers Remember, an anthology of writings by children of Holocaust survivors.
Related Topics
Related Posts
Comments