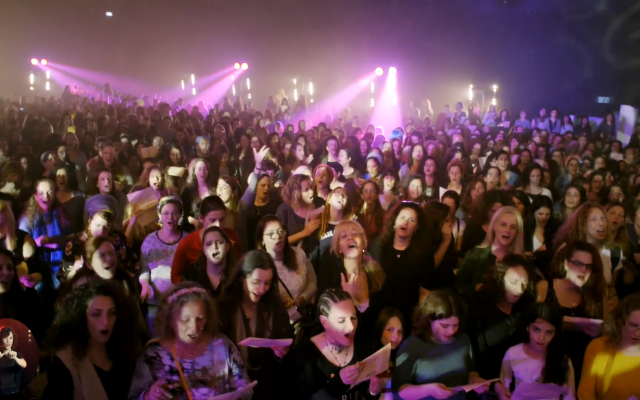 International Women’s Day was marked in Israel, as elsewhere, with a myriad of events — ranging from symposia and celebrations to special sales and performances. What remains of the impassioned speeches, learned publications, persistent remonstrations and munificent promises several days later? Has the agenda for gender equality in Israel been refined and sharpened? Are the priorities clearer? Have the key strategies been honed? And how are women, along with men, organizing to assure their implementation?

Israel has always — and continues to be — a gendered society. Women in Israel are far more empowered now than ever before; they do not, however, have more power. The achievement of gender equality and justice has therefore become one of the most pressing goals of the 21st century. This is a societal issue — it cannot and should not be limited to women nor can it be relegated to a single day a year. Promoting full equality between men and women — just as closing the gaps between divergent groups despite their differences — remains the key to a just, decent, open and inclusive society. The pursuit of this goal is an ongoing project which must proceed on a daily basis in constantly changing circumstances. That is why it is so important to specify the main challenges to achieving gender equality today and to concretize the means needed to deal with them effectively.

The status of Israeli women, in all their diversity, has improved substantially in recent decades. At the same time, the gaps between men and women have continued and in some instances even grown. Thus, the income gap between men and women increased in the past year by three percent: from 32% in 2016 to 35% in 2017. Despite the fact that women constitute the majority of Israel’s most highly trained human resources, they have been unable to translate their achievements into higher income or occupational mobility. Gender segregation in the professions remains particularly stark: teaching, caregiving and service professions are dominated by women; engineering, architecture and hi-tech by men. Even in law and medicine, where some parity has been achieved, women have yet to transform their proficiency into equality in decision-making positions. Women work harder (76.3 hours a week), as opposed to men (64.2 hours), but much of their work is invisible and unpaid. They are poorer than their male counterparts and they suffer unduly from the increasingly precarious nature of the labor market (all data in this article drawn from the Gender Index, 2017, The Center for Women in the Public Sphere, the Van Leer Jerusalem Institute).

Indeed, gender gaps are rampant in health, the media, the arts, academe, and, especially during the past year, in personal security (the Israeli version of the #MeToo movement has been exceptionally revealing). Patterns familiar in the entire industrialized world are replicated — and often reinforced — in diverse sectors of Israeli society. They are especially pronounced among women in the periphery and in the Arab community, where women suffer from overlapping discrimination.

In these central aspects of daily life there appears to be a growing societal consensus that inequities are harmful and should be eradicated. But the task of bridging the gaps has been impeded by emerging chasms in other matters. Precisely in the two areas in which Israel is most deeply divided — religion and peace and security — the gender gap has widened in recent years. This is particularly true in the field of religion and state, where the Orthodox monopoly has increasingly sought to exclude women from public spaces and public events — not to speak of distancing their participation in pluralist religious ceremonies. It is also evident in the military, where women conscripts have been subjected to growing abuse from (primarily) religious quarters (the recent removal of a clip on women in the Air Force is a case in point). In these two spheres — which are unique to the Israeli condition and hence to Israeli women — the status of women is undergoing a worrisome slippage which adversely affects their public standing.

At root is an ongoing power asymmetry which consistently favors male domination in the public sphere — relegating women to the private sphere in a manner which shores up the gendered structure of Israeli society. Although since the turn of the century there has been a real leap in women’s quantitative representation in the Knesset (there are now 34 women MKs — the largest percentage in Israel’s history), this descriptive representation does not mean that there is more substantive representation of women in elected office (there are still only a handful of feminists in the House). There are only four female ministers and six (out of 257) heads of local authorities. Women constitute just 40% of the senior managers in the private sector. For all their educational attainments, they make up a mere 17% of full professors. The extent of the gender gap in the power domain, according to the Gender Index, remains the most intractable (this is why so few women are awarded the Israel Prize, why women are conspicuous in their absence in debates on security and peace, and why minority women have yet to make their mark on existential issues.

The question of power — unlike other facets of gender inequality — pits women directly against men. Challenging the existing gender distribution means advocating more comprehensive socio-structural change. And, undoubtedly, these types of transformation are the hardest to come by. Nevertheless, the quest for gender equality in Israel must commence at its power core: this is the highest priority today and the key to alterations in other facets of gender relations down the road.

This year presents a special opportunity to move forward in this regard. With municipal elections slated for the fall (and national elections likely to take place perhaps even earlier), it may be possible to begin the long journey of structural change without which the narrowing of gaps in other areas of Israeli life may prove to be ephemeral. In real terms this means that more women should join parties at the local and national level. More women, with the support of their male cohorts, should run for office. More women should be placed in realistic slots on their party lists (in local authorities, legal incentives for lists including women in top positions are now in place). More groups of women should express their unique preferences at the ballot box. And more women should open their purses to candidate — male and female — committed to promoting feminist causes.

Such a strategy, already promoted by several coalitions concentrating on transforming the situation at the local level (most notably, the broad non-partisan coalition of Jewish, Arab, Mizrahi, Ashkenazi, Russian-speaking and veteran initiatives that has come together under the umbrella of Mekomiyot) is already in place. A similar push in national parties is in order, with a special emphasis on ensuring adequate representation of women at the forefront of party slates. These efforts are the best way to promote the full range of heterogeneous women’s voices and interests and to increase solidarity.

Reducing the power gap is also a vital prelude to ensuring gender equality in all other walks of life. The overall strategy of gender mainstreaming, which places equitable social change at the apex of the national agenda, has already been adopted in theory (Government Decision #2331 of December, 2014). Its activation in practice, however, cannot take place without the representation of diverse women at the main crossroads of decision-making. Without adequate representation, women’s perspectives cannot be taken into account on central issues on the national agenda, nor can the gender implications of policy initiatives be adequately assessed. And without representation, participation, and analysis of gender ramifications — the main components of gender mainstreaming — no lasting change can occur.

Women’s activism can supply the impetus for social change. At this critical conjuncture in Israel’s history, the struggle against archaic forms of male domination, along with the constant quest for equitable gender relations, underlies the key mechanism for achieving a modicum of social, economic, and political justice. Underlining the main areas of gender abuse has nothing to do with “whining”: it is the way to pinpoint specific pitfalls and to ensure their rectification — thus realizing the credo of liberty, justice and peace embedded in Israel’s founding vision.