Is Donald Trump suffering from a case of Jerusalem Syndrome?

“Jerusalem syndrome is a group of mental phenomena involving the presence of either religiously themed obsessive ideas, delusions or other psychosis–like experiences that are triggered by a visit to the city of Jerusalem. It is not endemic to one single religion or denomination but has affected Jews, Christians and Muslims  and of many different backgrounds.”

Earlier this week, 200 of Trump’s Israeli supporters, many of them settlers and students studying at Orthodox yeshivas, held a closed rally in the Old City of Jerusalem, which was apparently directly primarily towards Evangelical Christians.  The rally featured a one minute (!) video from Mr Trump, and another one from his VP nominee Pence.  A one minute video and a 140 character Tweet seems to be among his primary means of presenting complex policy ideas to the public.

Moving the American Embassy to Jerusalem?

While Trump’s one minute video contained mainly right-wing pro-Israel platitudes, it was left to his Jewish community outreach adviser David Friedman, who appeared in person at the closed rally, to provide substance.  Friedman, who is rumored to be Trump’s choice for Ambassador to Israel if elected, declared that if elected, Trump would “move the American Embassy to Jerusalem,”  something which the candidate himself has declared a number of times. And he added, if anyone in the State Department would object, “Trump would fire them!”

This is where my fears of Trump suffering from Jerusalem Syndrome arose.

The fact is that today, all of the foreign embassies in Israel are based in the Tel Aviv area.  The entire international community, including the American government, rejects Israel’s unilateral annexation of East Jerusalem in 1967, and declares that the future relationship between East and West Jerusalem will be determined by the final status agreements between the two parties.  Until then, all embassies to Israel will remain in Tel Aviv, while the consulates in West and East Jerusalem and in Ramallah, relate diplomatically to the Palestinians. 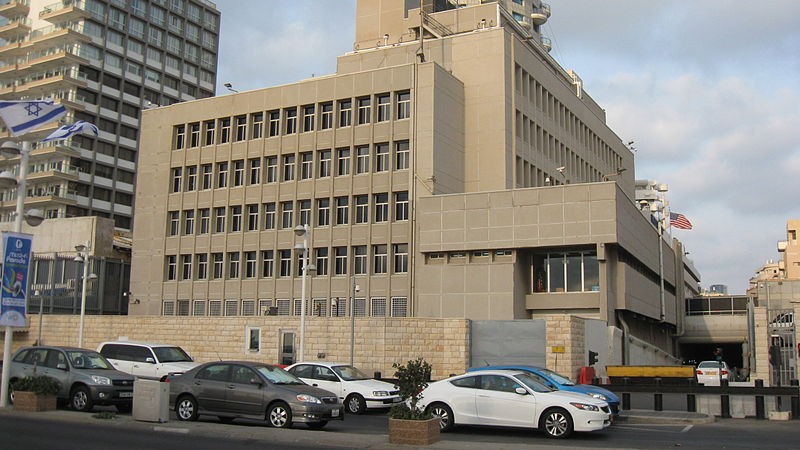 A President Trump would quickly discover that if he were to decide to move the American Embassy to Jerusalem, the State Department and the CIA would inform him that he can’t, unless he wants to alienate all of America’s allies in the Arab and Muslim world. And he wouldn’t “fire them”.  This is what happened to President George W. Bush, who quickly backed down from his campaign commitment, and issue regular presidential wavers not to carry out the decision, every six months. 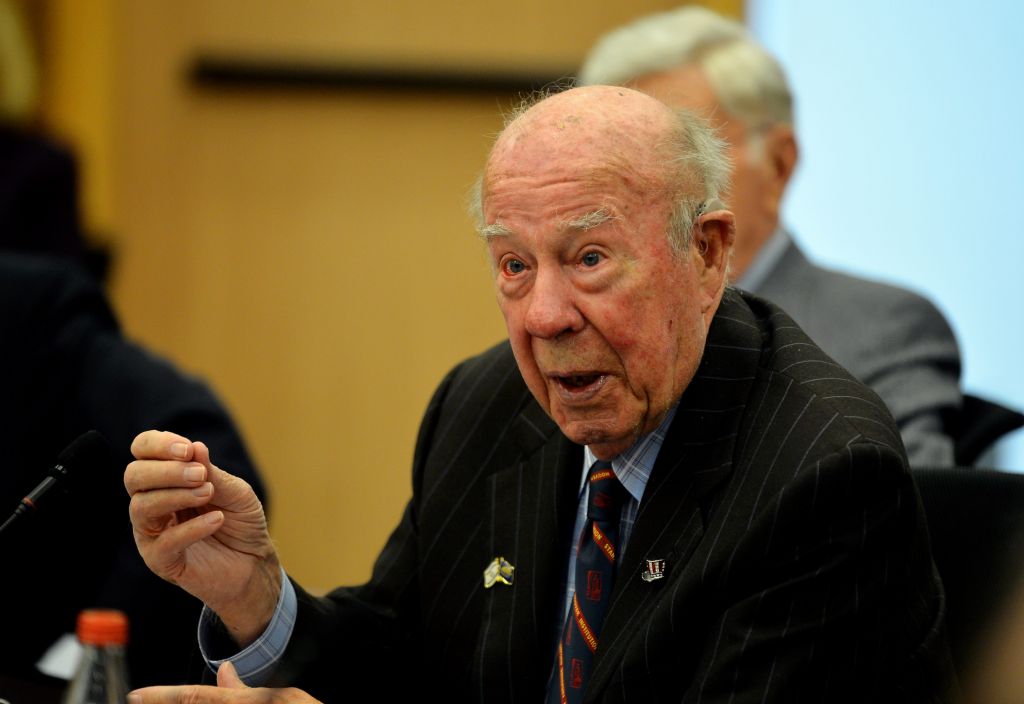 Even Prime Minister Netanyahu seems wary of a Trump presidency, since unlike in 2008 and 2012, when he clearly supported Republican candidates John McCain and Mitt Romney, he has been much more subdued about the 2016 Republican nominee.

Trump claims that because he is “such a good negotiator”, he would be able to do more than any of the previous American presidents to achieve a resolution of the conflict.   Declaring that he would move the American Embassy to Jerusalem, before negotiations began, does not reveal any great skills at negotiating.  I doubt whether Roger Fisher and William L. Ury, authors of the best-selling Getting to Yes: Negotiating Agreement Without Giving In, would approve.

Those who visit Jerusalem these days will see that a Museum of the Knesset is being build on the old site of the Knesset building on King George Street.   My uncle Dov Barnir was one of the youngest members of the 1st Knesset, and if you look at the display poster of all the members of the 1st Knesset, you will see his photo on the lower right-hand side of the poster.  He actually originally served in Tel Aviv, where the first Knesset convened at the current location of the Opera Tower, at the end of Allenby Street near the sea. 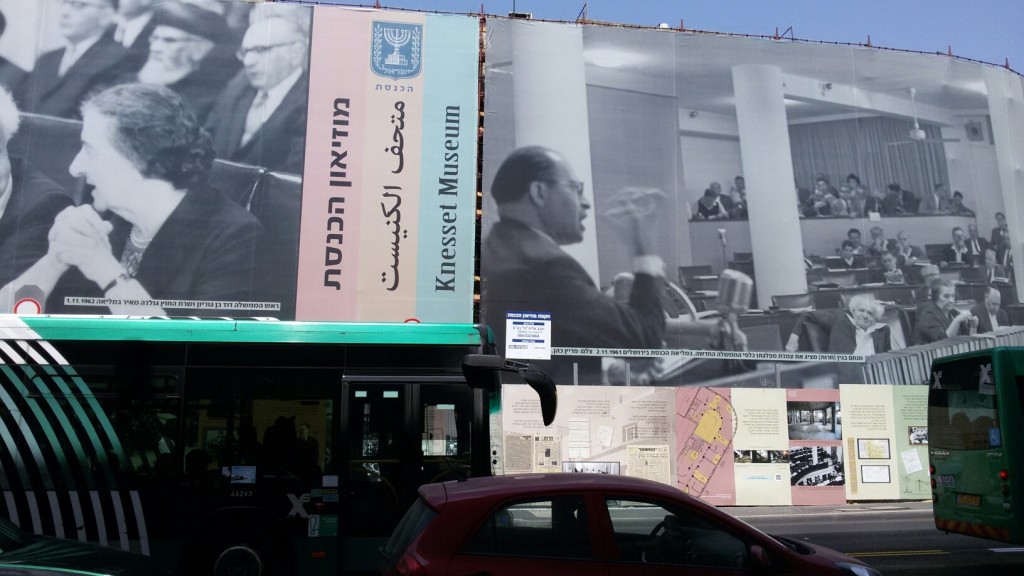 Site of the Knesset Museum on King George Street. (Photo: Times of Israel)

In December, 1949, Prime Minister Ben-Gurion decided to move the Knesset to Jerusalem, in order to prevent the application by the international community of the the UN’s Partition Plan (UNGA Resolution 181), which declared Jerusalem to be an international city.  This was parallel to the fact that the Jordanians  took control of East Jerusalem.

One thing that Trump can gain from this article, is the fact that, once again, his name appeared in the media.  For anyone who wants to understand what drives him, I highly recommend reading an article that appeared this week entitled Tapes Suggest What Drives Trump. Based on a series of interviews with him carried out by Pulitzer Prize winning author Michael D’Antonio, author of “The Truth About Trump”, we learn that, at a young age, he became “intoxicated by the glow of his name in the media.”  When his name appeared for the first time in a newspaper, he declared “I love it…I thought it was amazing, it felt good.”  and the article’s author Michael Barbaro continued, “No matter the newspaper, magazine or show, Mr. Trump was always keeping score – of how positive the coverage was and how often he was featured, just as he does today.”

Hopefully, for the sake of all of us, after November 8th his name will be appearing far less frequently in the media.