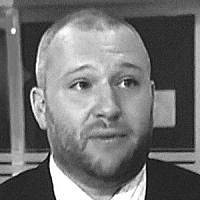 The Blogs
Gabriel Mitchell
Apply for a Blog
Advertisement
Please note that the posts on The Blogs are contributed by third parties. The opinions, facts and any media content in them are presented solely by the authors, and neither The Times of Israel nor its partners assume any responsibility for them. Please contact us in case of abuse. In case of abuse,
Report this post.

President Obama is beginning to assemble his “coalition of the willing” in preparation for the long anticipation collision with Syria and already there is a special guest who has joined: the Republic of Turkey. Though Prime Minister Recep Tayyip Erdogan is the same man who claimed Israel had a role in the Egyptian military coup, the same man whose foreign policy agenda frequently seems at odds with the U.S. and who even refused the Bush Administration the use of critical airbases in the 2003 invasion of Iraq, Turkey’s strongman now claims to be the West’s greatest ally.

Erdogan has actually been unquestionably the most vocal advocate for unilateral action against the Assad regime. Syria was the lynchpin of Turkey’s “zero problems with neighbors” foreign policy; once it became clear that Assad would not cave to external influences, the soft-power approach was tossed out the window. Ever since, Turkey has actively supplied rebel forces, accepted nearly half a million Syrian refugees, and ramped up its anti-Assad rhetoric.

These decisions have not been made without consequences. In June 22, 2012 Syrian Armed Forces shot down a Turkish F-4 plane flying along the border, prompting Erdogan’s promise that, “Turkey will support the Syrian people in every way until they rid themselves of this bloody dictator and his gang.” Months later, artillery fire was exchanged after mortar rounds fell into Turkish territory, killing four. In response, the following week Turkey grounded a Russian plane carrying military equipment to Syria. And last May, a bomb ripped through the small town of Reyhanli, killing over 50 and injuring three times that number. Turkish authorities quickly accused Assad of supplying the terrorists.

Considering Turkey’s interest in seeing an end to the violence in Syria, its membership in NATO, and the reported friendship between Obama and Erdogan, it seems logical to expect that Turkey will play a major role in the coming operation. The American-built Incirlik Air Base on Turkey’s southern coast was designed for a moment like this.

But there are number of reasons why Erdogan’s fervent saber rattling will not likely not be matched by his country’s participation:

As the Reyhanli bombing has proven, the flow of Syrian refugees into Turkey presents significant strategic concerns. Similar tragedies may occur in the future as Turkey become further embroiled in Syrian affairs, and tensions between locals and the growing refugee population worsen.

There is also a legitimate fear that the chaos in Syria will encourage the resurgence of Kurdish activity against Turkish military and civilian targets. It has been six months since the AKP government and the PKK agreed upon a ceasefire; a protracted conflict in Syria will reduce Ankara’s imperative to solve the Kurdish issue, and therefore increase the likelihood that violence and distrust returns to southeastern Turkey.

But terrorism is a minor concern compared to the threat of Syria’s arsenal. Although Turkey boasts one of the largest standing armies in the Middle East, it lacks the adequate anti-missile defense system that would protect its civilian population from Assad’s conventional and non-conventional weapons. For that reason, NATO installed six Patriot missile batteries in southern Turkey at the beginning of the year. Even this may not be enough for the breadth of Syria’s missile capabilities however, and if threatened by a chemical assault Turkey’s home front command is even less prepared. Israel is not the only country concerned about Syria’s missiles.

Enough has been written about the hypocrisy of Erdogan statements against the tyranny of Assad and Mubarak as Turkish police violently quelled protests this summer, yet the fact remains – Erdogan is the leader of a democratically elected party. With local, presidential, and parliamentary elections coming in 2014, Turkish engagement with Syria is a risky maneuver that will significantly impact the AKP’s domestic standing, and Erdogan’s political future.

Following the most challenging summer of his career, Erdogan hopes to reform Turkey’s constitution and change the country’s parliamentary system into a presidential one. Those in opposition (and without a doubt this summer’s protestors as well) fear that a presidential system would grant Erdogan the ability to remain in power for many years to come. But the AKP lacks the supermajority in parliament required to make such unilateral reforms, and therefore has relied upon its partnership with the BDP (Turkey’s sole Kurdish party), and the promise of greater rights for Kurds, to help pave the way for a presidential system.

The anticipated war in Syria has already hit the Turkish market hard, and the inherent financial costs indicate that the one constant during the AKP’s decade in power – economic growth – may soon be at an end.  How long will Erdogan be able to justify such a policy on borrowed public credit is anyone’s guess, but it will only serve to strengthen his rivals, including the leadership of Turkey’s recently crippled military.  Similarly, straying from the Kurdish issue will leave the AKP bereft of political allies and without its coveted supermajority, perhaps scuttling Erdogan’s presidential dreams.

Although Israel is not a member of NATO, and will not be an active participant in the U.S.-led coalition, the chances of it becoming tangled in the Syrian conflict are quite high. Like Turkey, Israeli leadership has expressed concern over the application of chemical weapons, and fear about the possibility of such weapons falling into the wrong hands.  The IDF (presumably) has displayed in recent months its readiness to penetrate Syrian airspace in order to ensure the safety of its citizens.

Without reconciliation however, Israel and Turkey are both likely to be fighting for the attention of the United States and NATO, in order to determine the mission’s goals and the vision of a post-Assad Syria. These positions are differing, not conflicting, and Obama’s role in the phone conversation between Netanyahu and Erdogan in March was clearly out of a desire to see the two parties at the same table when it came time to deal with Syria. But, as the parties are still at an impasse, Obama will now be forced to operate with their independent, divided support at the outset of the campaign.

Turkey is one of the countries most immediately impacted by the Syrian civil war, and will be one of its primary beneficiaries or casualties in the wake of American intervention, but because of the risks it is difficult to see Turkey taking a major role in the campaign against Assad. Despite Erdogan’s harsh rhetoric, shoring up domestic strength in anticipation of a hotly contested election season remains his primary concern, and there is more for him to lose than to win by going to war.  At best, Turkey can lead the minority Sunni coalition attached to a larger NATO force after Syria’s retaliatory capabilities have been disarmed. This is but a small prize on the international level, but as elections draw nearer, there are greater gains to be made by talking tough and sitting this one out.

About the Author
Gabriel Mitchell is a PhD candidate in Government & International Affairs at Virginia Tech University and the Israel-Turkey Project Coordinator at Mitvim – the Israeli Institute for Regional Foreign Policies. Born in the United States, Gabriel moved to Israel in 2005. He writes regularly about events in Turkey and Israel and has been published in a number of newspapers and journals, including The Jerusalem Post, The Times of Israel, The New Republic, The American Interest, Hürriyet Daily News, Turkish Policy Quarterly, and The Washington Review of Turkish & Eurasian Affairs. Gabriel holds an MA in Political Science from Hebrew University and BA in European and Middle Eastern History from The Ohio State University.
Comments