I stood in the Isaac synagogue in Krakow on Friday night, listening to hundreds sing before Shabbat, imagining what this must have been like when thousands of Jews lived in the city.

In the last week, I went to Poland on the March of the Living UK, which culminates in a two mile slow walk from the gates of Auschwitz to Birkenau.

The five day trip for me, was an attempt to balance Poland’s history of Jewish life, with its seemingly permanent story of death.

But, hanging over me, is a sense of guilt that I didn’t have an instinctive emotional response to what I’d seen.

I thought I would, but I didn’t cry.

I didn’t feel particularly affected by sites of mass murder, or connected to memorials, at least at the time.

Both the sheer scale, and unimaginable loss overwhelmed me, and left me cold. 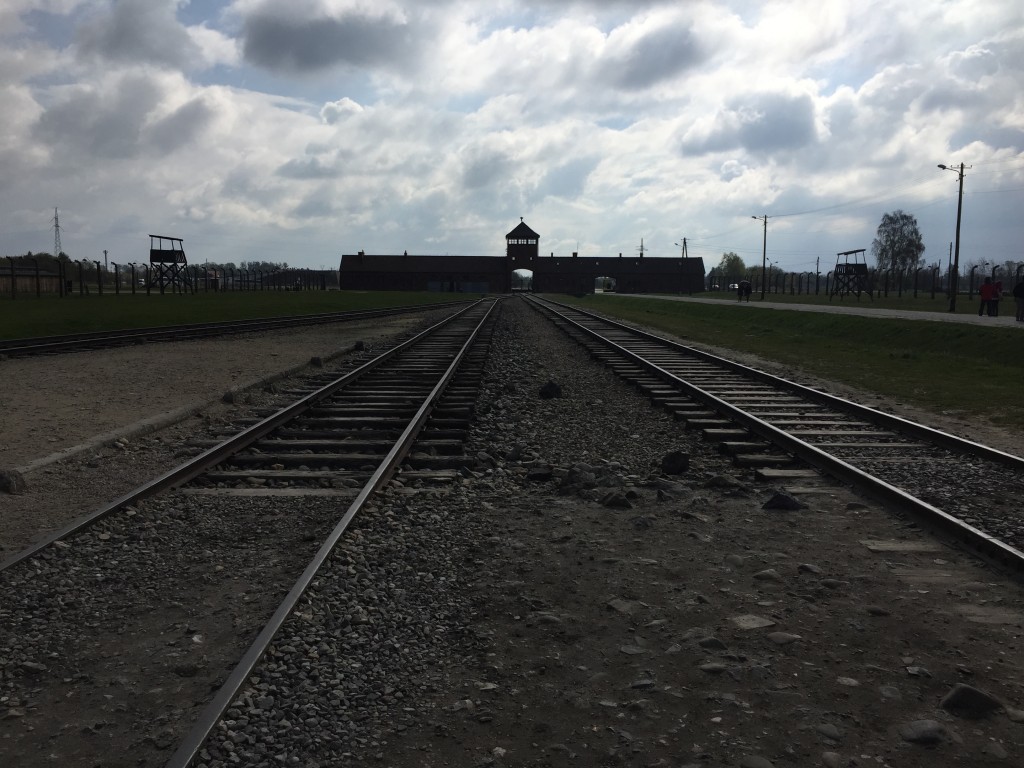 Standing on the infamous tracks of Auschwitz-Birkenau – which brought hundreds of thousands of Jews to their deaths. (Credit: Jewish News)

In some ways, I felt camps had been preserved and almost sanitised for our viewing. And, whilst others cried, I was simply trying to process it, and I struggled.

Of course, everyone responds differently. 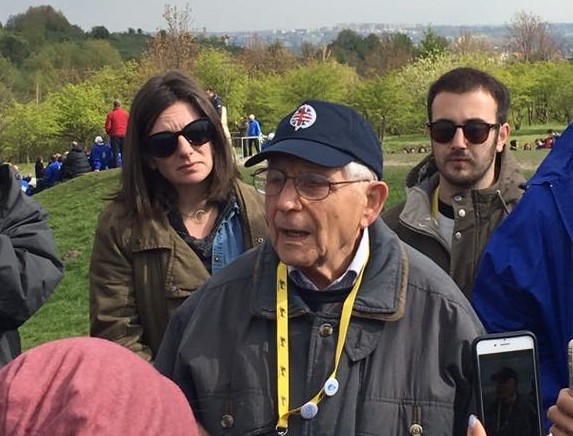 Me listening to Shoah survivor Harry Olmer at the site of former Nazi concentration camp Kraków-Płaszów, where he was held between 1942-44

There’s no ‘right way’ and in some respects, this reassured me. I was reacting the only way I could.

Not only did visiting these sites not have an impact on me at the time, but the tidal wave of figures and stats were impossible to consider, without a way to humanise those numbers.

The only way these numbers translated for me, was being able to visualise what they meant.

At the Polin museum of Polish-Jewish life, one thing that astounded me as a young Jewish journalist, was seeing some of the 180 Jewish newspapers in pre-war Warsaw. 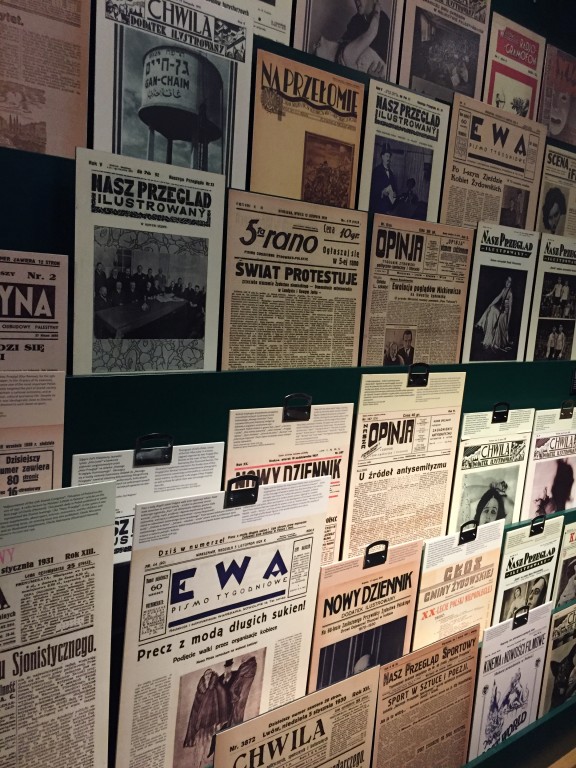 Sampling some of Poland’s pre-war Jewish print. 180 papers, with 150 in yiddish.

If that’s how saturated the newspaper industry was in Warsaw, imagine other areas of Jewish life.

A small sample of this was shown at the Okopowa cemetery, home to around 400,000 mostly Jewish graves. As we walked through, there were dynastic rabbis, playwrights like Solomon Anski, political leaders, like Adam Czerniakow, and linguists like L. L. Zamenhof.

As I toured Warsaw’s ghetto, and read about heroes of the uprising, I began to understand who these people were.

Putting faces to numbers, and understanding lives makes the burden of responsibility for passing on the story of the Shoah more accessible.

It helps to come to terms with what was lost.

The reality is, that the hideous Nazi killing machine is too vast and evil to imagine.

Within a few years, there will not be any more survivors or first hand testimony, and the challenge is making the Holocaust relevant when it’s more distant in our memory.

The story of Poland’s Jews needs to be told in tandem with the Shoah, so the Polish-Jewish experience is not defined by death alone.