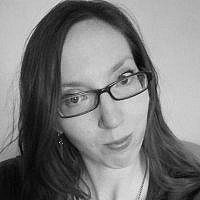 The Blogs
Nicola Hyman
Artist, Comedian, Hummus Connoisseur
Apply for a Blog
Please note that the posts on The Blogs are contributed by third parties. The opinions, facts and any media content in them are presented solely by the authors, and neither The Times of Israel nor its partners assume any responsibility for them. Please contact us in case of abuse. In case of abuse,
Report this post. 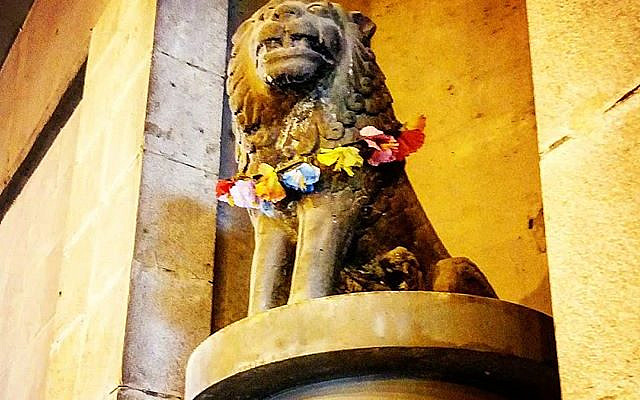 Jerusalem: Even our symbols have their own style (photo courtesy of author)

There was once this little part of Jerusalem where the people of this city came together. Secular and religious, Jewish and Arab. It didn’t matter, even the extremely socially inept amongst us could feel comfortable.

And when I say socially inept I speak for myself.

It wasn’t planned that way (I’m not sure that much planning was involved in its construction), it just was.

That is until it wasn’t.

No notices were posted, residents were not consulted. The first anyone knew of the city’s plans to destroy the dog park (yes that is the paradise to which I refer) was when we arrived to find surveyors inspecting the area. We were told that they were to be constructing a memorial to commemorate the siege of Leningrad and of course they needed to break ground before Putin arrived on an official visit.

And so, we spoke out in protest, we struggled, we came to some sort of agreement. For now.

Does this historic event merit a memorial? Yes. Is the best place to commemorate a nine hundred day siege where a city almost starved to death right next to the gaudy lights and eateries of Cinema City? Maybe not. Should the municipality have given more thought to the taxpayers who frequent the park instead of capitulating to a distant autocrat? Most definitely.

That is just my opinion.

You may be of the opinion that our struggle over a dog park is trivial in the grand scheme of things, but you would also be ignoring the fact that this struggle is emblematic of a larger problem in this city: its residents are often an afterthought.

We speak for ourselves; we have to.

We sat in that park that we fought to preserve and we spoke. People who I would never have encountered otherwise; we shared our frustrations and concerns for our home. One concern in particular being the government’s plan to waste two hundred million shekels on a cable car to the Kotel. Yes my friends, when it can take you two hours on public transport to travel those ten kilometres to work, what you need is an eyesore only useful to tourists, not traffic calming schemes.

Are the overflowing trash cans by the Iraqi Shuk unappealing to tourists? Then remove them, just let the residents schlep across a busy road instead.

I speak from experience.

Housing crisis? Just build more fancy apartment blocks which will only be inhabited 2 weeks out of the year. Big shining complexes, free of mould and power outages which seem to whisper “you don’t deserve me” as you pass by on your way home to that small studio which eats your paycheque.

I speak from frustration.

But as this city continues to invest in business and the artifice of progress over people, is there anyone really listening?

A better question would be if we factor in at all. While this city holds significant spiritual and historic importance to many international communities, its heart is made of those who call it home. Without us this place will cease to be a city and become nothing more than an amusment park.

About the Author
Nicola is an English artist and comedian surviving in the heart of Jerusalem, sometimes living on the periphery.
Related Topics
Related Posts
Comments