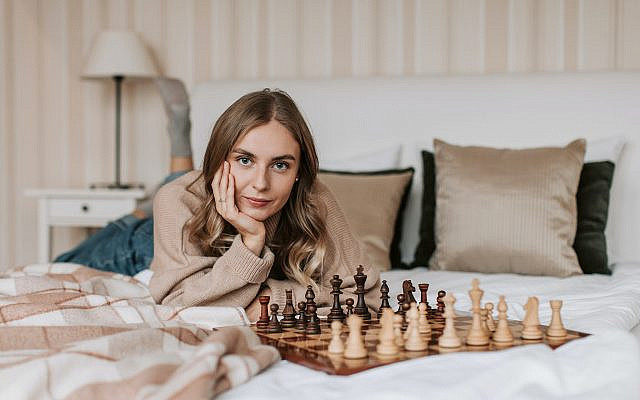 What Would Be a Good Move? (Free for use Photo by Vlada Karpovich from Pexels)

The current Netflix drama, Bridgerton, is set in 1813 in Britain, mostly in London and Bath. With us oldsters in mind, the show’s many, detailed and long, drawn-out, sex scenes give plenty of opportunities to pop into the kitchen and make a cup of tea while waiting for the plot to move on. Even frequent visits to the Health Club do not bring me close to emulating the amazing on-screen antics.

But, even with my glasses suffering from the effects of both the steamy sex scenes and the steaming tea, I could not help noticing the disproportionate number of Black actors. We are shown Blacks in every level of society, from the downstairs servants to the nobility. Queen Charlotte is portrayed by a Black actress.

Although many portraits of Queen Charlotte show her as fair-skinned, the advocates of the Black Queen fairy story suggest that she was using white lead make-up and powder, as was fashionable in the 18th century. It is, indeed, possible that she had an African ancestor several hundred years back, but this does not in any way make her Black.

While the Black presence in England is a historical fact, they were not to be found among the nobility. There were no black dukes, and the only black knights were on chessboards, not company boards.

Like the Blacks, the Jews had mixed results in penetrating English society. Some lived in poverty, struggling to survive. Some managed to make it on a grand scale, we need look no further than the Rothschilds.

In 1798, Nathan Mayer Rothschild, who had first settled in Manchester before moving to London, opened his bank. His father, Mayer Amschel Rothschild is known as a “founding father of international finance,” and in 2005 made seventh place on the Forbes magazine list of “The Twenty Most Influential Businessmen of All Time”. He has yet to influence Netflix and make it to Bridgerton’s list.

But, and I hasten to add, so far, there is not a sign of any Jew in Bridgerton’s portrayal of England’s high society. So, I will persevere. Perhaps, I will see some new exercises that will allow me to cancel my health club subscription.