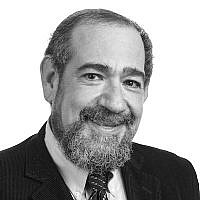 Over three years have passed since Lt. Hadar Goldin and Sgt. Oron Shaul fell in the defense of Israel and its people, during Operation Defensive Edge. For over three years, Hamas has held their bodies hostage as part of a cynical ploy to extract the release of terrorists from Israeli Jails. During that time, the Shaul and Goldin families have worked tirelessly for the return of the remains of their hero sons, and for both personal and religious closure. Leah and Simcha Goldin (disclosure: they are dear friends of mine), have criss-crossed the globe in order to enlist world leaders to back their efforts, as an expression of simple humanity. Hamas, for its part, has exhibited no humanity and refused to even acknowledge that which Israel knows: They are holding the bodies of our two soldiers. 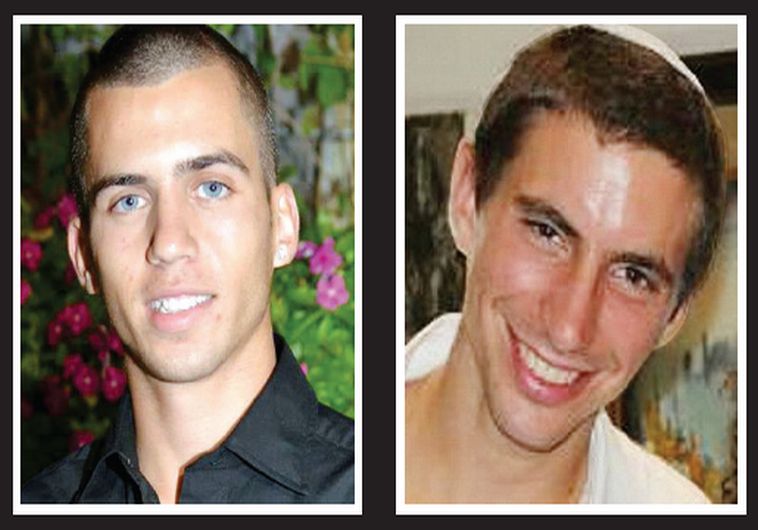 Fully aware of the terrible price that Israel paid (and continues to pay) for the release of Gilad Shalit, the Goldins have insisted that live terrorists not be released in order to obtain the return of Hadar’s and Oron’s remains. They have demanded that the country club conditions afforded Hamas terrorists in Israeli jails be stopped. They demand that the bodies of terrorists who were killed in the course of trying (and sometime succeeding) to murder Israelis should not be returned to their families, until the bodies of our soldiers are restored. Inexplicably, the Israeli government has refused both demands. Over and over, after terrorists have been killed while attacking Israeli soldiers and civilians, their bodies have been returned to their families and another opportunity has been lost.

Last week, Providence itself intervened and provided the Netanyahu Government with a way to finally obtain Oron’s and Hadar’s release. When the IDF exploded an Islamic Jihad Terror Tunnel within Israeli territory, the bodies of a number of terrorists were trapped therein. Hamas demanded the right to retrieve the bodies of its operatives, which Israel thankfully refused to do. Now, Israel has the start of the type of leverage it requires to push Hamas to move on restoring Hadar’s and Oron’s remains to their families and to bring them to a Jewish Burial in Israel.

Israel must take the initiative and use this opportunity to ratchet up pressure on Hamas and Islamic Jihad to return our soldiers, in return for the dead terrorists. It must follow through by making the incarceration of Hamas and Islamic Jihad terrorists in Israeli Jails so unbearable that they pressure their own superiors to the body exchange. Most of all, Israel must stand firm and tough and not give an inch to these two nefarious, murderous organizations, until Hadar and Oron are released. 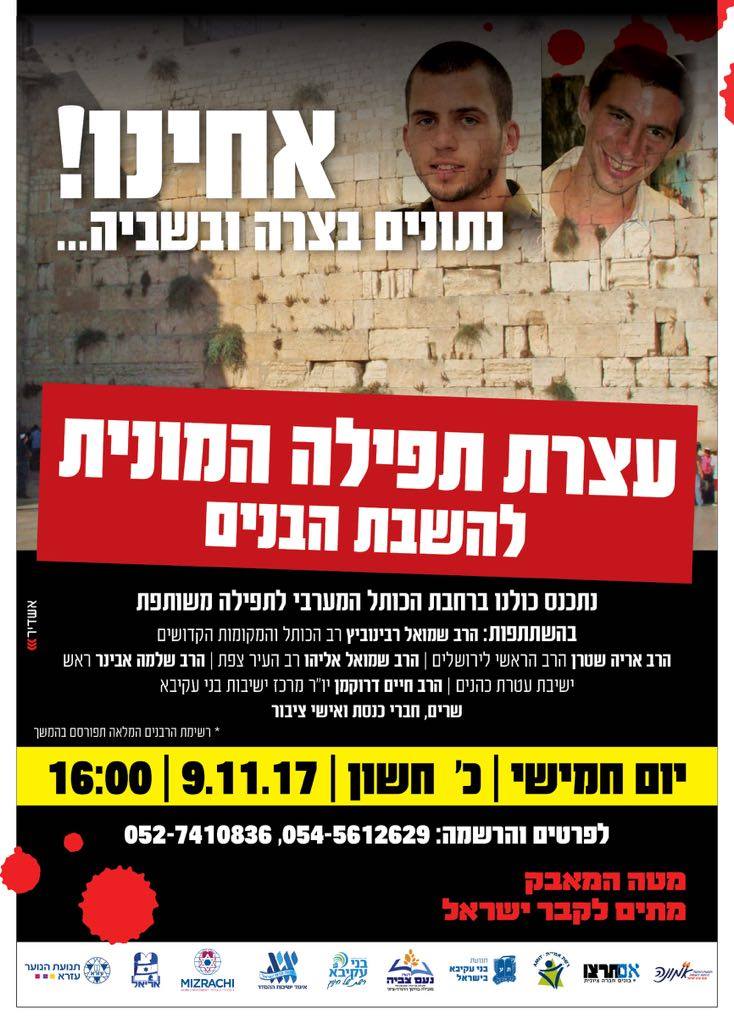 It was Providence that created this opening, and the Goldin and Shaul families have determined that it is to God that we must turn to advance this most just cause. Thursday afternoon, a mass prayer rally will be held at the Kotel, to beseech the Creator to facilitate the efforts to bring these young men, who sacrificed their lives on behalf of Israel, home. A massive turnout will also send a clear message to Israel’s leaders what to do, and what not to do.

This Shabbat, we will read Parshat Hayyei Sarah, which describes the efforts of the Patriarch Abraham to obtain a suitable burial place for his beloved wife Sarah. Rabbi Joseph Soloveitchik zt’l observed that this the the source from which Jews learned the importance of burying their departed in ground sanctified for that purpose. It is most appropriate that this rally of Prayer and Solidarity with the Shaul and Goldin Families take place on the eve of this Shabbat.

With God’s help, and our firm determination, we will soon bring our soldiers home.

About the Author
Jeffrey Woolf is an Associate Professor in the Talmud Department at Bar Ilan University. He is both a Medieval and Renaissance Jewish Historian, and an Orthodox Rabbi who is a long time advocate of the creation of a uniquely Israeli form of Modern Orthodoxy.
Comments
Advertisement