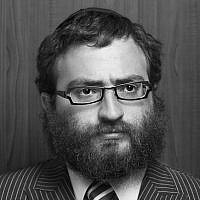 This week, I attended a funeral. Not only was it a funeral, it was also one of the largest gatherings of Jewish people I’ve ever seen.

It was a scorching hot, Israel summer day. I attended, because I needed to. I walked a half hour, uphill, to attend a funeral because it was my duty.

I dragged myself through brush and gravel to pay respects to my murdered brothers.  I stood in the sun, taking the sunburn beating it dealt, with a somber face, no intention of fighting it.  I gathered with tens of thousands (if not over a hundred thousand) of my extended family, mourning in unison. I fought the elements, left my physical comfort zone, joined hand in hand with Am Yisrael because I owed it to Eyal, Gilad and Naftali.

I am but a simple Jew, a simple person, an unknown to the three boys and their families. Yet, they deserved my sacrifice. My effort. My presence.  My support.

They deserved the presence of all of us. All of Israel.

Yet, while attending makes me no hero, I only saw, seemingly, one faction of the Jewish community represented. We stood together as one, yet we still stood divided.

Virtually everybody there was Dati Leumi (Religious Zionist), the community to which the three boys belonged. There were maybe a couple hundred Chabadniks, a few hundred seculars, a thousand or so Haredim -mostly Yeshivish and Shasniks. If there were 100,000 at the funeral, I would say 98,000 were Dati Leumi.

I’m sure that all (most?) Israeli’s and Jews DID feel the pain of this loss but we are still a long way away from truly being united as one nation.

When my friend Dov spoke with Naftali Frenkel’s aunt this evening by phone from the Shiva home, she echoed Naftali’s distinct love for Jewish community.

We all love Jewish community. At least we say we do. Yet, naturally, we each mean it differently.

While sadly, we’ll never know for certain what Naftali’s view on “Jewish community” was, I’d like to assume he’d have been honored, to have members from across the Jewish spectrum at his final farewell.

While we may be divided as a Jewish community, more importantly, we need to stand together as Jewish people. There’s Jewish practice and then there’s Jewish value. We agree upon the latter far more and thus must keep it our focus.

What risks dividing us as a people is lack of Jewish values! It’s the splinters of the community calling for annihilation, revenge, blood and more. Revenge is NOT the Jewish way.

Think about Naftali, Gilad and Eyal! Calling for annihilation cheapens their sacrifice. Seeking revenge insults their memory. Do you want to be responsible for that?!

Instead, call for Mitzvah drives. Seek peace within your community and family. Look for places to volunteer, to add a smile, to bring joy to someone’s life. Add happiness to this world, not darkness.

The third of Tammuz just passed. It marked the 20th Yahrtzeit of the Lubavitcher Rebbe, ZT”L. The Rebbe’s influence on this world has been deep and thorough, yet one message he continuously repeated is as timeless as ever (as quoted on Chabad.org):

“Darkness, no matter how ominous and intimidating, is merely the absence of light. Light need not combat and overpower darkness in order to displace it — where light is, darkness is not. A thimbleful of light will therefore banish a roomful of darkness… No matter how dark the world may seem or feel, light is just a single action away.

Light, joy, happiness is just one action away. One action, positively. Not revenge, negatively. It does no one any good.

May we merit a time, speedily in our days, when we know evil no more and light, justice and celebration permeate throughout the world!