The Blogs
Elliott Hamilton
Apply for a Blog
Advertisement
Please note that the posts on The Blogs are contributed by third parties. The opinions, facts and any media content in them are presented solely by the authors, and neither The Times of Israel nor its partners assume any responsibility for them. Please contact us in case of abuse. In case of abuse,
Report this post.

I remember waking up one morning hearing the sound of a hammer striking nails. I opened my dorm room window to find Students for Justice in Palestine erecting their “apartheid wall.” For months, I was under the assumption that the administration and the senate would have successfully sent the message that its presence would not be admissible according to the student handbook. But they were persistent. They usually are. The rules do not apply to the unprincipled and arrogant.

I put on my “This is What a Zionist Looks Like” t-shirt and tied an Israeli flag around my wrist. Just before I walked outside, I took a long pause at my door. In that moment, I realized that it would be a long week and that I would have to confront these nefarious characters. I had waited over a year for this moment to occur and it stood in front of me like an obstacle. I just kept telling myself the following:

You know all the facts. You got the best training. This is your moment to speak truth to power.

I stepped outside and saw this monstrosity on the “mounds.” It was the very display that several of my friends had the dubious honor of seeing on their campuses. Some of them had to see it throughout their collegiate experience. This was my first and only time as an undergraduate.

At first, I felt anger and frustration.

These are all lies. They’re calling all of Israel “occupied.” They are rejecting my people’s movement of self-determination. How dare they?!

But I walked around the display calmly. I just took photographs of every single panel and read every single piece of disinformation they had to offer. It would be used for an exposé by the David Horowitz Freedom Center. As I did so, these “activists” laughed as I attempted to hide my contempt over its presence. It is not easy to smile and smirk at people when they know how much you cannot stomach them. 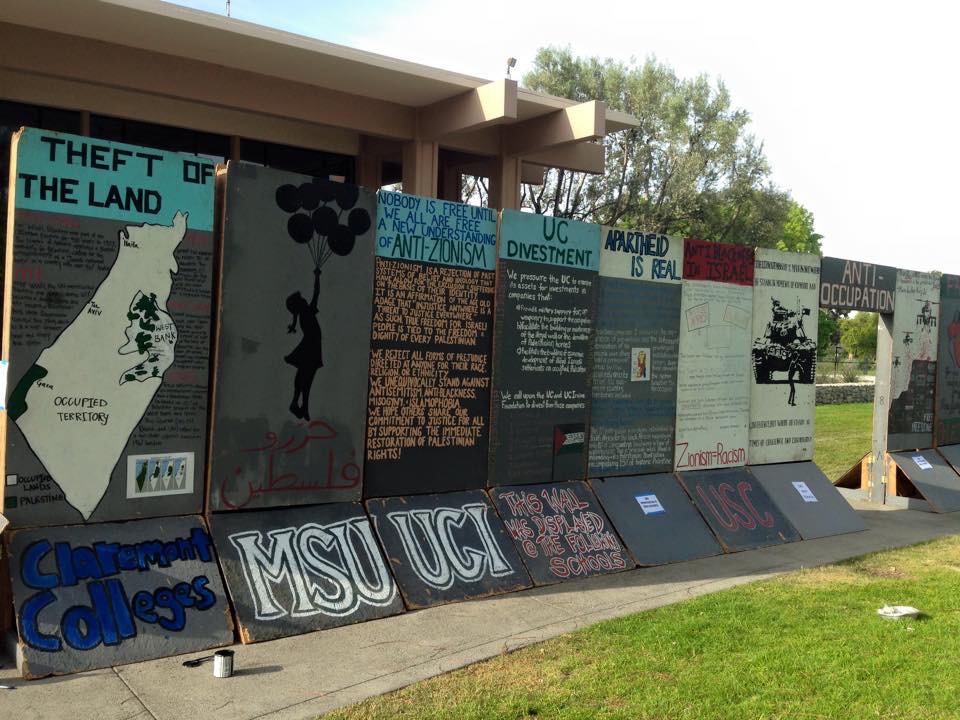 The “apartheid wall” at Pitzer College.

But then it hit me. What Students for Justice in Palestine attempted to do was to intimidate my fellow Jewish students into silence. They had no interest in debate nor did they care about the facts. They were only preying on the emotions of the misinformed in hopes of turning our peers into soldiers for their futile cause.

Now why is their cause “futile” when they continue to launch BDS campaigns, create walls out of plywood, and invite Hamas apologists to college campuses while the administration turns the other cheek? The answer is simple: They do not have the same resolve and the same patience as we do.

Let me explain. We waited over 2,000 years to return to our indigenous homeland after being expelled by the Romans. We spent over 2,000 years saying l’shanah haba’ah b’Yerushalayim at the end of our holiest days. We underwent the harshest of circumstances, from Inquisition to HaShoah, only to remerge stronger and more determined than before. Yes, countless Jews lost their faith over that period of time, by force or by choice, but those who remained upheld their holy covenant to HaShem. We are the descendants of those who witnessed HaShem deliver the Ten Commandments and the Maccabean warriors who reclaimed Judea from the mighty Seleucids.

Are we stupid enough to let a minority of radical left activists redetermine our history and our destiny when it has outlived far greater and far worse powers of civilization?

The answer is no. Hell no.

As long as proud, self-determined Jews recognize our own history and our own place in this glorious history from King David to David Ben-Gurion, we will never experience defeat.

We are more patient and more ambitious than our enemies. Our resolve is far greater than anything they will ever comprehend.

We have the advantage, “anti-Zionists.” You will lose. 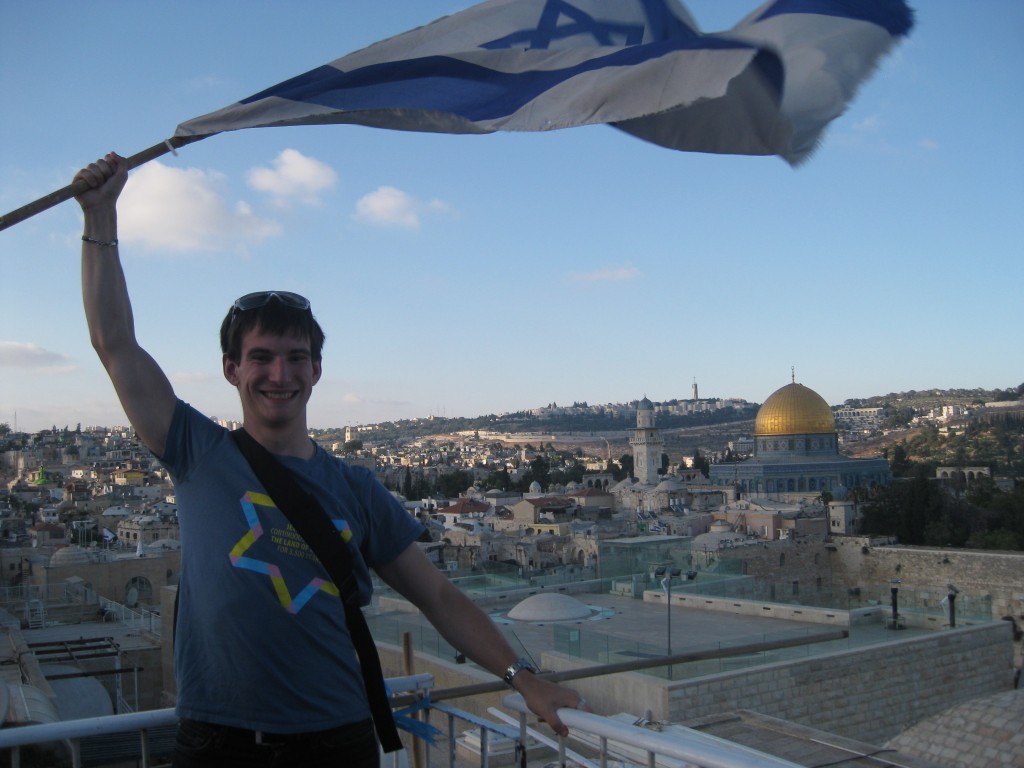 We are here to stay. Deal with it.
About the Author
Elliott Hamilton is a JD/MPH candidate at Boston College Law School and Tufts University School of Medicine. He was credited as a researcher in the 2016 film "Hate Spaces: The Politics of Intolerance on Campus."
Related Topics
Related Posts
Comments