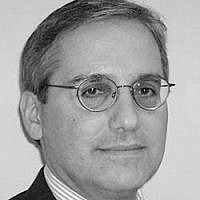 The Blogs
William A. Jacobson
Apply for a Blog
Please note that the posts on The Blogs are contributed by third parties. The opinions, facts and any media content in them are presented solely by the authors, and neither The Times of Israel nor its partners assume any responsibility for them. Please contact us in case of abuse. In case of abuse,
Report this post.

To read the findings of pollster Frank Luntz, as published on Sunday in The Times of Israel, one might think that Israel faces dire public opinion times in the U.S.

The Times article reporting on the Luntz survey summarizes numerous findings by Luntz. The bottom line is that Luntz finds that “opinion elites” in the Democratic Party are significantly less favorable to Israel than Republican opinion elites:

“Three quarters of highly educated, high income, publicly active US Democrats — the so-called ‘opinion elites’ — believe Israel has too much influence on US foreign policy, almost half of them consider Israel to be a racist country, and fewer than half of them believe that Israel wants peace with its neighbors.”

But is the panic warranted? Does the Luntz poll reflect a sea change in US opinion about Israel?

As of this writing, Luntz has not released the full polling data and cross-tabs, so it’s hard to know what other findings and data may paint a different picture. For example, how do independent opinion elites poll on Israel? Equally important, the report does not put these questions and answers in historical perspective – have Democratic Party opinion elites changed over time, or have they always been more hostile to Israel.

And where do they fall on other political issues – are they disproportionately the more liberal wing of the party?

Anecdotally, I’ve always found liberal Democrats to be less supportive of Israel. By the time one gets to the progressive wing, including the people who staff newsrooms and left-wing think tanks, less supportive attitudes can become hostility. This is nothing new, it’s been part of the landscape as long as I can remember.

If there were a sea change, one would expect to see a change in broad-based national surveys such as by Gallup, which has been asking the same questions for decades.

What Gallup shows is that support for Israel among the US population is near all-time highs. In polling released in February 2015, after the effects of the 2014 Gaza conflict would have been factored into public opinion and when the Bibi-Barack dispute was blossoming, Gallup polling showed overwhelming support for Israel.

Gallup showed that there had been a drop in Democratic support for Israel versus the Palestinians from the prior year, but that support for Israel merely dropped back to historical levels of support seen in the 2006-2010 time period. Moreover, support for Israel versus the Palestinians was substantially higher than in the 1990s. Independent voters in the Gallup survey have moved dramatically in favor of Israel, some 20 points higher than in the 1990s. So Gallup surveying does not reflect any broad national turn against Israel, and at worst a return by Democrats to levels seen just a couple of years earlier.

Among one group the gap in support was almost even – Liberal Democrats. Unfortunately, Pew did not provide historical data to determine if that gap among Liberal Democrats has changed much over time.

If Israel was losing support among Democrats, we also would expect it to show up in the political process. But among Democratic lawmakers, there is no visible drop in support for Israel, even if there was consternation over Netanyahu’s visit to Congress.

This is seen dramatically at the state and local level, where a unanimous legislature in Illinois passed anti-boycott legislation, and in Indiana a unanimous legislatures condemned BDS. In Tennessee, there was only a single legislative vote against the BDS condemnation. These local lawmakers represent small districts, many of which have few Jews or visible pro-Israel groups.

So at every level we see that support for Israel in the U.S. is strong.

We also don’t know the attitudes of these Democratic opinion elites on other subjects, which might put the Israel findings in further perspective. For example, Luntz reports that almost half consider Israel a racist country; if these Democratic opinion elites are anything like those I encounter on campus, the percentage viewing the US as a racist country likely is much higher.

That doesn’t mean that Luntz is wrong in his polling, it just may be that in historical perspective Democrats are returning to their norm, while Republicans are on a trajectory to almost complete support for Israel.

As someone who has been on the front lines of fighting the BDS movement on campuses, my sense is that Israel does have a problem with liberal Democratic opinion elites. That’s the result of a generation in which elite campuses that feed opinion-influencing organizations have seen faculty activism and student propaganda activities that present a skewed portrayal of the conflict.

And that is where I depart with some of Luntz’s recommendations as related in The Times report. The problem is educational, not messaging. Not mentioning Zionism does not solve the disease. Treat the disease through a generations-long educational effort and countering the negative propaganda against Israel with positive educational experiences.

I’m not saying that Luntz’s findings should be ignored. Not at all. Take his concerns seriously. But treat this as a generational problem, not a messaging problem, for the next election.

About the Author
William A. Jacobson is Clinical Professor of Law at Cornell Law School in Ithaca, NY, and publisher of Legal Insurrection website. He writes and speaks extensively on topics related to Israel and BDS.
Comments 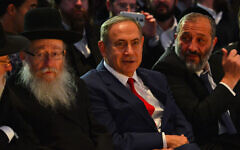