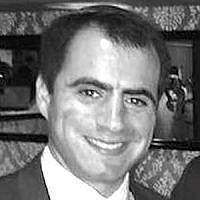 The Blogs
Joshua Baum
Apply for a Blog
Advertisement
Please note that the posts on The Blogs are contributed by third parties. The opinions, facts and any media content in them are presented solely by the authors, and neither The Times of Israel nor its partners assume any responsibility for them. Please contact us in case of abuse. In case of abuse,
Report this post.

Throughout the Iran negotiations and in lauding his deal to the American people and Congress, President Obama has repeatedly claimed that his Iran deal that Secretary of State John Kerry helped negotiate, “is not about trust, but verification.” He has explained that the deal contains the “most intrusive inspections ever” and an ironclad snapback sanctions mechanism were Iran to cheat on the deal.

However, in reality, this deal, or JCPOA (Joint Comprehensive Plan of Action between Iran and the P5+1) concerns a great amount of trust, not only in Iran, but also trust in all of the many agencies and governments that are part of this deal. Additionally, the implementation and practice of this deal and its components also rely greatly on how certain provisions of the deal are interpreted.

Before going into the actual deal itself, let us discuss extremely important goals for the United States and its allies that the deal failed to accomplish. Amazingly, this deal does not call for the release of four Americans being held prisoner in Iran (Saeed Abedini, Jason Rezaian, Amir Hekmati and Robert Levinson) or for Iran, the world’s foremost state sponsor of terrorism, to end, or at least curb, its involvement in terror all over the globe. The Administration maintains that Iran would not discuss either of these as part of the deal and that the negotiations were exclusively nuclear talks, but it would continue doing everything possible to secure the prisoners’ release and curb terror. However, this is an empty promise. If the Administration could not engage Iran to obtain these goals while holding a crushing economy over its head, how does it expect to do so once sanctions are relieved? To answer simply, it’s not going to happen. Iran will continue to hold these innocent Americans prisoner and will use its windfall of cash (estimated between $50-$150 billion) to fund terror at a greater rate than before.

There are several other issues that I will not discuss at length but are still huge problems with this deal. First, the length to which the Obama administration has gone to circumvent Congress (trying to make this deal an executive agreement and first going to the UN before Congress got a look at the deal) is downright embarrassing. Second, the IAEA side deals need to be viewed by Congress. Congress cannot make a full and accurate determination of the deal without them. And third, the 24-day inspections of suspicious sites are a far cry from the “anywhere, anytime” inspections the Administration has said were necessary. The administration maintains Iran cannot hide a nuclear program with these inspections. But Israel has been accused of having a secret nuclear program for decades in a state roughly the size of New Jersey, could Iran not do the same in a country almost eighty times larger even despite inspections?

Now to examine the terms of the actual JCPOA. There has been rhetoric, particularly from President Obama, that those who are against the deal do not oppose it on the merits of the text itself; they simply oppose it because it is his deal. While that may be true for some, after breaking down the deal, I have become even more against it because the success of the deal’s implementation, despite what the Administration echoes, depends very heavily on trust and the way that parties interpret several ambiguous provisions. These ambiguous provisions of the deal will, over the course of time, empower countries like China and Russia to be able to make moves against the interest of the United States and its allies, if they choose to do so, especially when it comes to sanctions relief and the snapback mechanism.

Sections 36 and 37 of the JCPOA describe the dispute resolution process if Iran or one of the P5+1 were to be perceived by another party to have violated the deal. It describes a detailed and complicated process, including the case going to a Joint Commission, then to Ministers of Foreign affairs and an advisory board, a process which could take months. If these good faith efforts to resolve a dispute are exhausted, the UN Security Council may vote whether or not to continue to lift sanctions, with any one country holding veto power so it could unilaterally stop a lifting of sanctions, thereby triggering the sanctions to snap back into place.

Sounds pretty ironclad, does it not? However, section 37 continues to read, “… These provisions (referring to re-imposition of sanctions) will not apply with retroactive effect to contracts signed between any party and Iran or Iranian individuals and entities prior to the date of application.”

This section has been understood by many members of Congress, including Democratic Senator Schumer (possibly the next Democratic Senate Leader), who recently came out in opposition of the deal, to mean that if Iran breaks the deal in three years, it can be interpreted to mean that any business contract signed with Iran in that time would be allowed to continue with Iran continuing to do business even after sanctions are snapped back. This section, likely desired by Russia and China (and possibly some of our European allies), have led many to question whether China and Russia would, in the case of an Iranian violation of the deal, use this section to continue business with Iran without being in violation of the JCPOA. Upon being asked this question, several different representatives of the Administration have responded with different answers. Secretary of the Treasury, Jack Lew, admitted that Russia and China interpreting this section in that manner could indeed be a problem. Acting Undersecretary of Terrorism and Financial Intelligence, Adam Szubin, maintains that any country that attempts to use this section to continue business would be heavily sanctioned or face a multiple of different penalties and that all participants in the deal understand that. But if that is the case, and all participants realize that they will not be able to continue to do business, why are the words “will not apply with retroactive effect” even needed? The only reasonable answer is that participants will use this clause to continue doing business with Iran after it breaks the deal.

The fact that the Obama Administration has different interpretations of the meaning of section 37 is a major concern. If the Administration admits that section 37 is open to these different interpretations, Russia and China, countries clearly not under threat from a nuclear Iran, will likely use this ambiguous snap back sanctions mechanism to take advantage and continue certain business relationships with Iran even if it violates the deal. If we cannot trust Russia and China to immediately end business with Iran upon re-imposition of sanctions the snap back sanctions mechanism loses a lot of its teeth. After the admission of the Administration that the rest of the P5+1 would not follow the United States if Congress turns down this deal, why would any of these countries, particularly Russia and China, follow the United States and re-impose sanctions in three years if Iran breaks the deal?

An issue that is further concerning is section 29 of the JCPOA, which does not allow for policies “specifically intended to directly and adversely affect the normalization of trade and economic relations with Iran.” When asked if this section would prevent Congress from imposing sanctions on Iran, Administration representatives assured lawmakers that this section only prevents Congress from “re-imposing nuclear sanctions under another name” and all weapons sanctions, economic sanctions and UN travel bans currently imposed against Iran and terrorist entities would stand. Secretary Kerry was asked on several occasions specifically about sanctions against Qassem Soleimani, notorious General of the Iranian Revolutionary Guard and its terrorist Quds force which provides assistance to the likes of Hamas and Hezbollah. Kerry told the Senate Armed Services Committee, “Under the United States’ initiative, Qassem Soleimani will never be relieved of any sanctions.”

However, the news was recently released that at the end of July, not even two weeks after the JCPOA negotiations were completed, General Soleimani had traveled to Russia, violating several UN sanctions and travel bans, to discuss weapons deals with the President of Russia, Vladimir Putin. This comes after Russia, in June, announced that it would send Iran anti-aircraft missiles by next year. This, combined with Russian aggression against NATO and Ukraine in Eastern Europe and Chinese aggression both in the cyber world against the U.S. and in the South China Sea should be extremely worrisome to the U.S. and its allies when it comes to fulfilling the terms of this deal.

This JCPOA can only be successfully implemented if all of the countries involved can be trusted to have the wherewithal and a strong desire to follow the deal and all of its terms. The snap back sanctions mechanism is arguably the most important section, and all countries must participate. But the ambiguities of the deal combined with the past actions of Russia, China and Iran even before the full implementation of the deal show that they have no real desire to ensure Iran does not get a nuclear bomb. These countries can ultimately not be trusted to fulfill the deal. If this pact passes through Congress, it will ultimately lead to nuclear proliferation in the Middle East, more Iranian terrorism around the world, and possibly larger conflicts between world powers if/when Iran violates the terms of the deal.

Please call/write/speak to your representatives in the House and Senate so that they will turn down this dangerous agreement.

About the Author
Joshua Baum is a member of AIPAC and the Republican Jewish Coalition, a current third year law student at New York Law School and graduate of University of Maryland class of 2011.
Related Topics
Related Posts
Comments