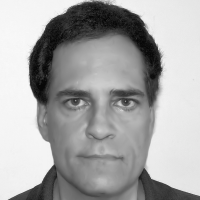 The Blogs
Michael Fumento
Apply for a Blog
Please note that the posts on The Blogs are contributed by third parties. The opinions, facts and any media content in them are presented solely by the authors, and neither The Times of Israel nor its partners assume any responsibility for them. Please contact us in case of abuse. In case of abuse,
Report this post.

“The Cemetery of the Americans.”

That’s what graffiti said in the western Iraq city of Ramadi when I first embedded there in 2006. Indeed, my two journalist predecessors in Camp Corregidor were both shot be snipers. Within weeks the first SEAL to die in Iraq would be killed, another mortally wounded. My own Public Affairs officer was killed, and later the first SEAL to win the Medal of Honor in Iraq would die there. It was the hardest-fought battle of the war, but we won.

That was then. This is now. 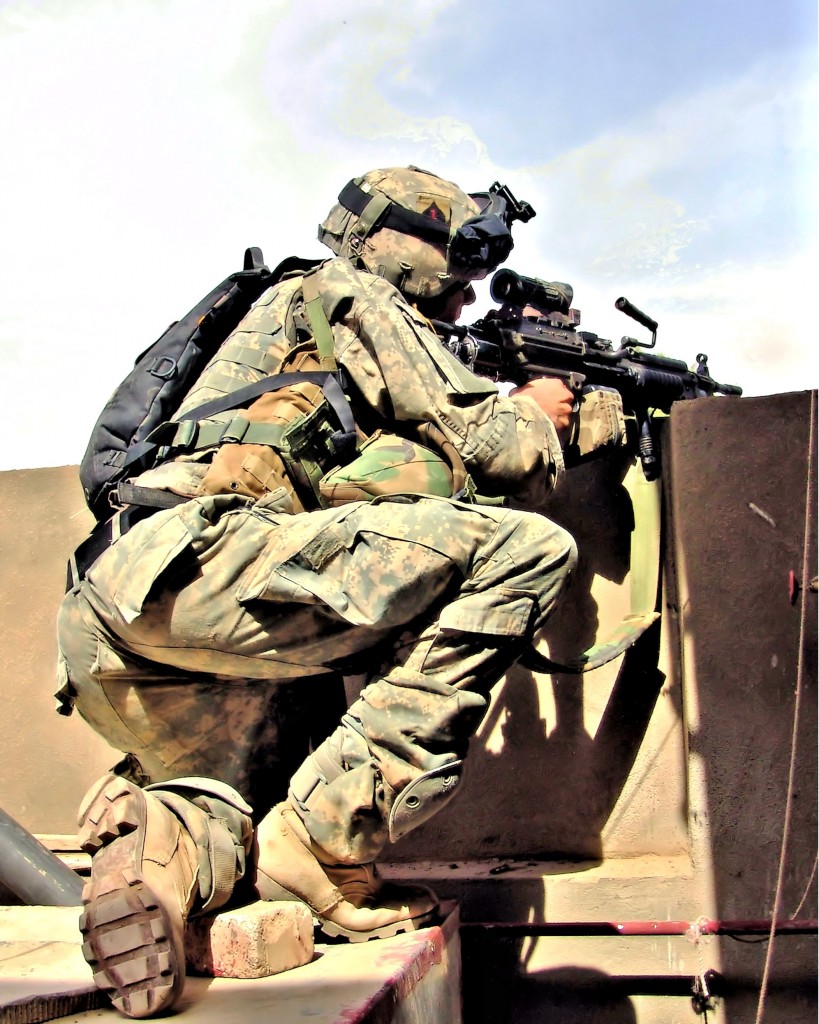 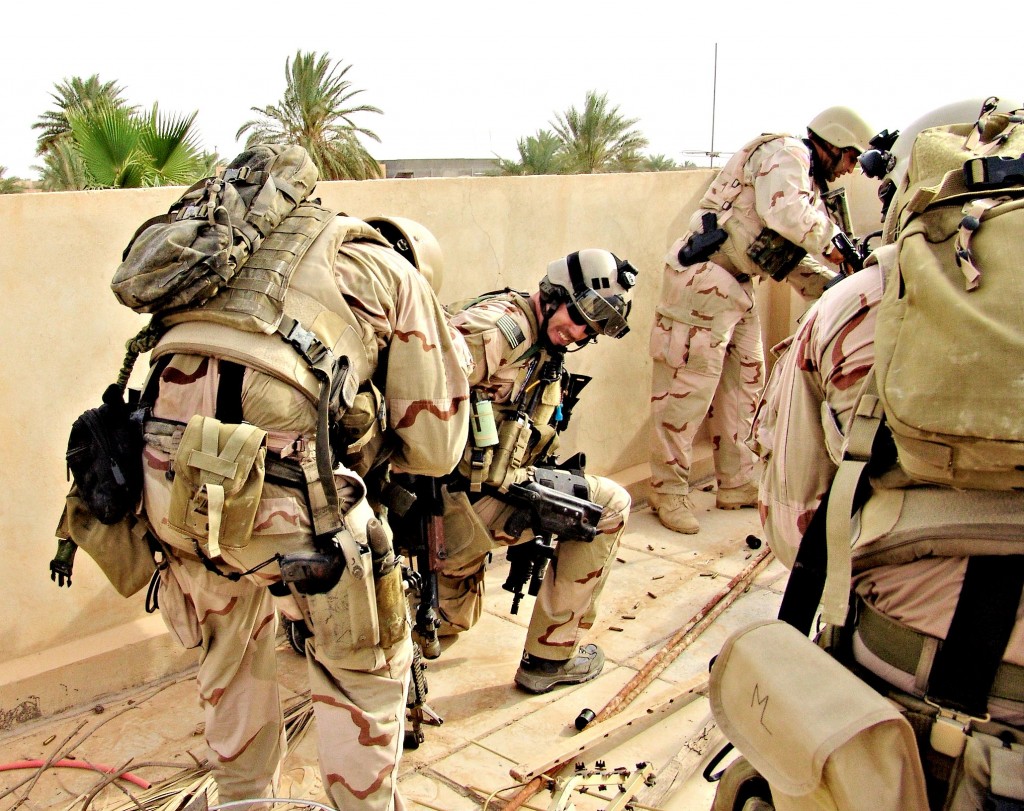 Marc Lee, first SEAL to die in Iraq, on the far right with side pack bearing his initials. 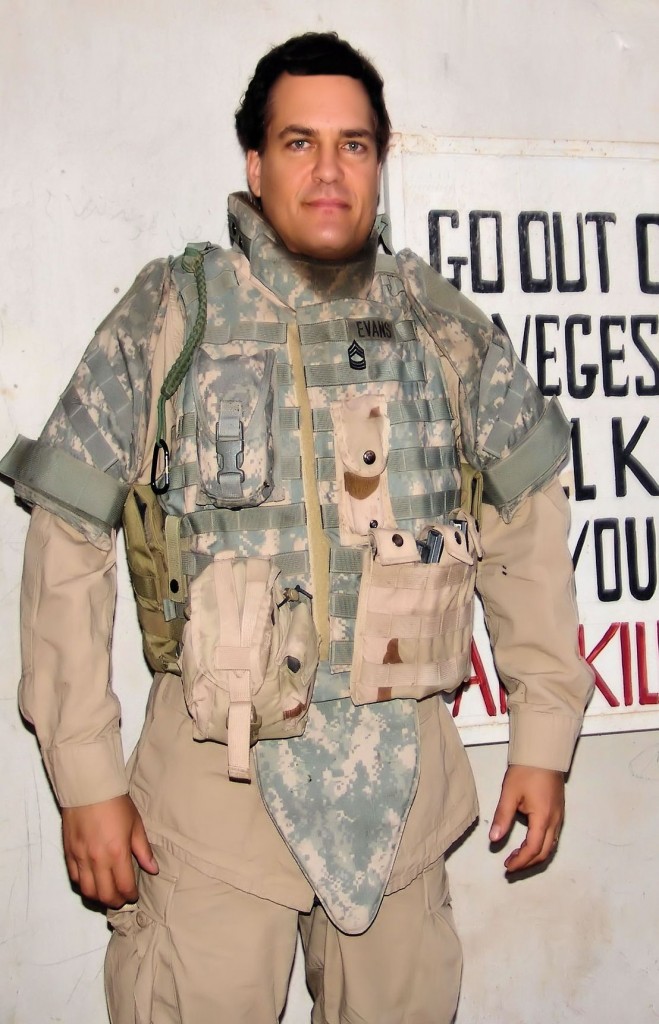 President Obama has handed the city back to terrorists, gift-wrapped. The fall of Ramadi “represented the biggest victory so far this year for the Islamic State,” the New York Times correctly stated.

Ramadi is a city of vast importance, both strategic and symbolic. It’s the city that al Qaeda in Iraq chose as its headquarters and it became the most fiercely contested area in the country. It’s why SEAL Team Three of “American Sniper” fame was stationed there and became the most decorated SEAL unit since Vietnam. Many experts consider the Battle of Ramadi and the “Anbar Awakening,” engineered by Capt. Travis Patriquin, the actual turning point of the war. Patriquin – who a few months after briefing me on his brilliant plan was killed in Ramadi – got the Sunni chieftains to join the Americans and Iraqi security forces to defeat al Qaeda.

Yet, bizarrely, the Obama administration wrote off Ramadi last month, declaring that defense of an oil refinery took precedence—as if we couldn’t do both. (Chairman of the Joint Chiefs of Staff Gen. Martin Dempsey claimed, “It has no symbolic meaning.” Now Dempsey says ISIS “gains in Ramadi are a serious setback for its long-suffering inhabitants.”)


Yet even when pressure had eased on the refinery, the administration still refused to defend Ramadi.

Military officials claimed a sandstorm prevented good air support during a major ISIS push. The New York Times devoted a story to supporting this, but don’t buy it. Synthetic Aperture Radar (SAR), used by American aircraft for the past decade, can see through sandstorms.

Moreover, on no day previously did the US launch more than a handful of sorties in defense of Ramadi, and on many days it flew none. Yet area assets include hundreds of strike aircraft, most of which can fly several sorties a day. These comprise F-16s, F-15s, F-22s, A-10s, B-1 heavy bombers, helicopters, and Reaper and Predator drones among U.S. forces, plus aircraft of 11 other coalition nations.

A single Reaper can carry a mix of 14 bombs and missiles, meaning it’s capable of that many airstrikes. Cruise missiles are also in theater, and the U.S. can hit with heavy B-52 and B-2 bombers from anywhere in the world.

Yet with this massive armada and with assets on the ground to help identify targets, the administration seems unable to find and strike more than a handful of targets daily. A machine gun here, a truck there. By comparison, during the 1968 siege of Khe Sanh, American aircraft dropped roughly 1,300 tons of bombs daily – five tons each day for every North Vietnamese soldier besieging the base.

But it’s not just Ramadi that Obama has neglected. Fact is, the so-called air war against ISIS is a fraud. Rarely are more than a couple of dozen targets struck in a day throughout both Iraq and Syria.

Obama is simply keeping U.S. airpower grounded. And nobody in the mainstream media is pointing this out, even though the Defense Department provides regular reports at Defense.gov. In fact, the New York Times referred to “intensified American airstrikes in recent weeks in a bid to save the city.” (Emphasis added.) Sheer fabrication.

Why is there talk of the air war failing when it never even began?

True, at one time Obama compared ISIS to junior varsity players but he’s long since been disabused of that notion. You could accuse him of Islamist sympathies – except that other Islamist terrorists, not all with Iranian ties, are doing far more to battle ISIS than Obama is! He does clearly have Iranian sympathies, and Iranian-trained Shia militia will gain from this if they can drive out ISIS.

But generally, Obama seems simply clueless when it comes to prosecuting war, stuck at pre-school level. This is as bewildering as Obama trading the top five Taliban in captivity for one American deserter who will soon be court martialed.

Whatever the reasons, Obama seems simply clueless when it comes to prosecuting war, stuck at pre-school level. (Even grade schoolers know that bombs are worthless unless you actually drop them.)

It’s time for Congress and the presidential candidates to make this an issue. Alas, for Ramadi it’s too late. ISIS has scored a huge coupe and the slaughter of US allies has already begun