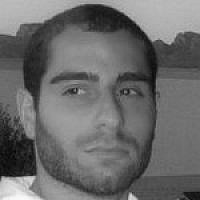 The Blogs
Daniel Greenberg
Apply for a Blog
Advertisement
Please note that the posts on The Blogs are contributed by third parties. The opinions, facts and any media content in them are presented solely by the authors, and neither The Times of Israel nor its partners assume any responsibility for them. Please contact us in case of abuse. In case of abuse,
Report this post.

It has become conventional wisdom since the election that Israelis will pay a heavy toll for their votes. This election–so the thinking goes–displays a lack of commitment to the “peace process,” so Israel will be punished. However, this line of thought suffers from the misconception that when the Jewish people get hit, they get weaker. This is quite wrong.

True, Israel will be pushed to make concessions, to embrace the “peace process,” etc. But the incoming coalition is likely to be strongly nationalist, and unlikely to weaken Israel for nothing. Emerging from the forge of the “peace process,” Israel is stronger and much less malleable. As has been said elsewhere, Israelis have learned that concessions only make Israel weaker, and encourage more Arab demands for concessions. Sure, it doesn’t hurt to proclaim a desire for peace, but if Palestinian leaders refuse to prepare their people for a peaceful world without the reality-altering, century-long acid trip known as anti-Zionism, then Israel must prepare itself for a world where Jews must justify their existence by virtue of their rights rather than by a measure of their sacrifice to the “peace process.”

But won’t Israel pay a price for this stubbornness? Well, no. Just as the “peace process” with its neighbors has forged a more pragmatic Israel, so too will “international pressure” be a benefit. It is unlikely that the coalition will include Labor not because Herzog would bend over, but because this “unity” coalition would be seized upon as a vulnerability to be exploited, resulting in more “pressure.” Some, particularly President Obama, imagine Israel to be the proverbial nail that must be hammered into place. But the Jewish people know their rights and will not unthinkingly obey whatever fashion trend passes through the White House. After all, if Judea cannot have rights in Israel, where can they? If the only choice the Arabs are offering is the same they have always offered–unconditional surrender–what alternative is there? Jewish independence in this land is what generations of Jews have fought for because it is a necessity. The land of Israel acts as an anvil, and with Israel’s new government acknowledging this, the more Israel is hit by a hammer, the more the State of Israel will be shaped into a sharper, more effective tool for watching over the rights of Jews.

How? Israelis are learning well that good behavior is ignored, Palestinian bad behavior is ignored, and Israel is blamed no matter what. And it is the discriminatory international pressure with its dark undertones that taught us this. Even after all the Bibi drama regarding his relationship with the White House, if trying to placate Obama’s feelings was seen as a viable strategy then Herzog would have received quite a bit more support. Each strike against Israel will sharpen the understanding that concessions and defensiveness are losses that will be compounded rather than rewarded. An emphasis on protecting Jews’ lives and freedom in their land will result in gains. Only thus will Israel cut through the unjust equivalency, libels, and wrong-headed assumptions upon which the “peace process” was built. As this understanding develops, it will become easier to pressure Arab leaders and their deep-seated lack of legitimacy. Jews tend to be attacked when they are thought to be vulnerable, and Israel tends to be “pressured” when it is seen as the most flexible party. This is basic shuk negotiating logic, elementary realism, and simple Zionism.

Take what is considered a worst-case example of diplomatic punishment: The U.N. passing a resolution calling for the establishment of an Arab state on the 1949-1967 armistice lines. One can speculate that Obama has been threatening Netanyahu with this for years, and this is already his motto. But this would simply be a twist on U.N. Resolution 242 calling for a solution based on Israel’s withdrawal from territory. The Palestinian Authority–fast becoming the quintessential oxymoron–would still have to recognize Israel’s sovereignty and territory in a peace treaty. The hypothetical U.N. resolution could not be immediately accepted by Abbas and turned into reality, then, without giving up the demand that Israel allow a massive wave of Syrian immigration.

Meanwhile, the extreme position of putting Jerusalem under Muslim occupation and the removal of territory from being a matter of debate could appropriately help shift the discourse from rants about a “Zionist-controlled” U.S. pressuring Israeli concessions to a discussion about whether Jews have rights in Jerusalem. After all, this is what the debate has always been, and if Arab leaders want to be more obvious about their intolerance for Jews then I, for one, won’t stand in the way. Although strong pressure to withdraw from the West Bank in a generic way could lead to a Lieberman-type policy of unilateral withdrawal from certain territories, radical demands to lose Jerusalem and expose Tel Aviv without a guarantee of Palestinian peacefulness are too much to swallow.

At the end of the day, the “peace process” has nothing to do with peace. While the beneficiaries of the plan are a matter of debate, everyone knows it is basically a diplomatic plan for the empowerment of Fatah. The more outside support Fatah gets for its negotiations, the more pressure it will have to negotiate with this support. But if Abbas lost when Obama outdid him with his demands on Israel, what will happen to Fatah when a U.N. resolution they’ve been hanging over Israel’s head amounts to nothing more than one more such resolution in a long line of irrelevant U.N. resolutions? It’s already been made clear on far too many occasions that the likes of Hajj Amin al-Husseini, Yasser Arafat, and Abu Mazen have never had much interest in giving up Western sympathy, foreign funding, and imperialist ambitions for the responsibility of leading an independent country.

And if the discussion of cutting various ties to Israel becomes dominant, it will soon include America’s other ties to the Palestinian Authority, as well as U.N.R.W.A. and Arab states. Best of luck to those following Ron Paul’s path in arguing that the Iron Dome joint project is worse for peace and America than Hamas’ creation of a generation of children believing in the truth of conspiracy theories (implicating both Jews and Americans) and the glory of martyrdom.

It should be said that these are extreme hypothetical examples. It is easy to dramatize the election results, but at the moment, the primary change is the perception of a more confident and resilient Israel, one less vulnerable to depredations. Foreign politicians may curry favor with anti-Zionists already primed for harming Jews, but rather than seem like struggling peacemakers they will appear to be increasingly ineffectual. If immediate issues with the Israel-U.S. relationship occur, they likely would have occurred anyway. Obama has displayed a tendency of using excuses for executing policies he already intended to carry through (for all of Bibi’s attempts to reach out during his last term, his only rewards were epithets, threats, and a temporary military trade cut-off in an emergency, not to mention an appeasement campaign on every front to indirectly boost Iran’s regional hegemony). Two years of a potentially more pleasant Obama (who would still be more friendly with Iran’s Supreme Leader despite his actual lack of concessions and Turkey’s PM despite his actual slide from democracy) isn’t worth it.

It is unclear how far Obama can go down this path, how much domestic support he will lose in the process, and if his policies will continue after he is gone. It is hard to believe that as the slower consequences of these policies take effect, Hillary Clinton and other hopefuls would embrace the White House’s new foreign policy rather than distance themselves from it and return to the America’s close relationship with one of its biggest fans. The U.S. is far from immune to international criticism and Iranian nuclear detonations. Moreover, as a subject of Middle Eastern conspiracy theories, appeasement of an anti-Israel audience would be unlikely to be seen as a change of heart rather than as a dishonest ploy and sign of weakness.

I don’t mean to paint a rosy picture. To be sure, parts of Israeli life may not be easy depending on how far this goes. Yet, by jumping on board with the fringe Israeli left (even Labor promised to keep Jerusalem) that invites foreign coercion to clear their path to power, the American anti-Zionist camp has put itself on a sinking ship. The harder it tries, the more demands arise for the supposed panacea of Palestinian independence, demands that will only make this pressure more necessary to ignore despite the temporary discomfort. It cannot last. And when its gone, a stronger Jewish people will remain and live.

About the Author
Daniel Greenberg is an attorney obsessed with Israel, foreign policy, and the history of anti-ZIonism.
Comments