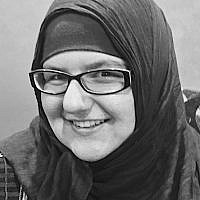 On June 24th, 2017, three queer Jewish women were kicked out of the Chicago Dyke March (CDM) for holding rainbow flags bearing the Star of David. The CDM organizers have only doubled down on their anti-Semitism in the wake of public outcry. They claim their decision was not based in anti-Semitism, but simply “anti-Zionism,” or in lay terms, the hatred of the Jewish State. But when Jews and Jewish symbols are targeted, the actions are undeniably anti-Semitic.

The CDM organizers claim their actions were for the sake of Palestinians. But which Palestinians or Arabs have been helped by their display of anti-Semitism? None. Instead, the CDM organizers are now crowdfunding a “self-care retreat.” They want $5,000 for a spa day, because apparently dealing with the consequences of anti-Semitic bigotry was too hard on them. Meanwhile, they have also been attacking the work of A Wider Bridge, an LGBTQ pro-Israel organization. A Wider Bridge has created a petition that has garnered over 13,000 signatures demanding an apology from CDM for kicking out the Jewish women from the March. Far from offering an apology, the CDM has only continued its smear campaign.

I have worked with A Wider Bridge, and I can say they believe in action that matters, doing good because it is the right thing to do. They recognize that many LGBTQ people are in danger in this world, and they want to do something to help. So A Wider Bridge is raising $5,000, not for their organization’s own selfish gain, but to help Arab and African LGBTQ refugees fleeing Middle Eastern states.

The LGBTQ Refugee Program is a project of the Aguda – Israel LGBTQ Taskforce, the umbrella community and advocacy LGBTQ NGO in Israel. The Refugee Program provides legal assistance, psychological and social services, financial assistance, medical aid, and employment placement to LGBTQ refugees fleeing other Middle Eastern countries, as well as to LGBTQ minorities in East Jerusalem and all of Israel. The program is currently run by a group of tireless volunteer activists, and needs our support. The money raised will go to two things: basic emergency necessities for refugees, and support for a professional position to oversee this important initiative.

It is ridiculous that the CDM organizers are playing the victim, and I call upon anybody who truly believes in LGBTQ rights to stand against the anti-Semitism of the CDM and their efforts to selfishly squeeze money out of people so they can pamper themselves. Stand with the organizations that are actually working to help LGBTQ people in need, regardless of politics or religion. You can donate to the fundraiser here.

A Wider Bridge believes that in the wake of hatred, something beautiful can bloom. Please donate to #dosomethingproductive to help at-risk LGBTQ communities in the Middle East.