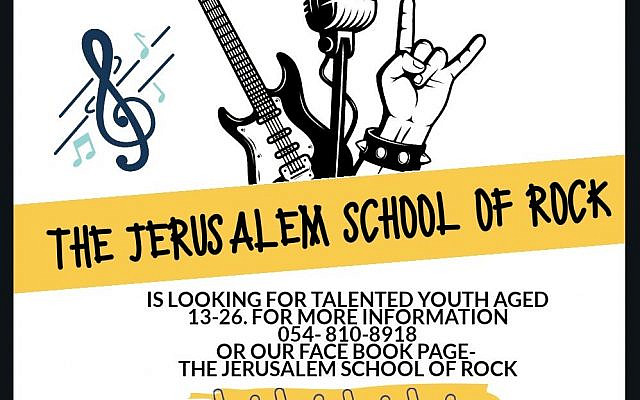 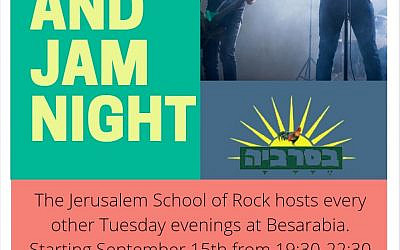 I have spent the last 30 years of my life creating safe spaces for youth free of drugs and alcohol.  What I have seen over the years both in the States and in Jerusalem has inspired me to create such spaces.

Fifteen years ago I arrived in Jerusalem with my then three teens.  We started off in a friend’s apartment in downtown Jerusalem and my kids were in teen heaven.  Rivlin street downtown was swamped by tens of thousands of teens and young adults hanging out in and outside of the dozens of bars within walking distance.  Many of them hanging outside of local convenient stores asking strangers to buy them a cheap bottle of vodka.  Stories abounded of teens drinking half a bottle of alcohol and passing out in the park many being rushed to the hospital with alcohol poisoning. The synthetic drugs “Hagigat” and “Nice Guy” hit the scene about that time being sold by local “Kiosks”.  These seemingly harmless drugs were and still are very dangerous, illegal and could cause death as has been seen in numerous cases throughout Israel, particularly in Jerusalem and Tel Aviv. Local authorities have found that some of these kiosk-sold drugs are sold to the public after being blended by the distributors with strong psychiatric substances.

Six months ago I participated in a nature festival with over 150 youth.  The atmosphere was festive filled with live music, camping and bonfires.  While watching one of the many bands in the main tent I was offered psychedelic mushrooms. I turned to the boy with the bag of these mushrooms and urged him not to hand them out freely as to risk “bad trips” which often happen with the use of many psychedelic drugs.  Soon I discovered that LSD and Molly a form of Ecstasy were of rampant use among youth at this festival and others in Israel.  Growing up in the ’60s and 70’s I knew that these drugs were used to promote love and “Flower Power” but often the results were tragic. It’s been said that 40% of the hallucinogen users at the famous music festival Woodstock either ended up in mental hospitals or committed suicide. Not exactly a fact most of us have heard about.  Seeing its resurgence in Israel and among these Jerusalem kids was scary to say the least.  Most of them knew I was a drug counselor and many approached me during and after the festival to help them stop their drug use.  What started out as an occasional use turned into a habit and a few of them shared horrifying stories of their friends “flipping out” and being rushed to hospital.

I believe by now we have all heard of the 16-year-old girl who along with a friend was down in Eilat in a reputable hotel and got so drunk she passed out.  Close to a dozen youth were have said to be lined up in the hallway waiting for their turn to sexually assault her.  A few weeks later a nineteen-year-old soldier was at a nature party and after drinking and using drugs combined with the extreme heat passed out and did not survive.  A year ago a similar thing happened and the organizers of the illegal party concerned the party would be shut down, failed to alert the authorities on time as the youth was laying on top of a van in the sun and died for similar reasons.

Only last month I encountered two cases of kids who smoked seemingly harmless “grass” and became psychotic.  In both cases, they attacked their parents one with physical aggression and one throwing a bottle of beer and a knife which thankfully missed them both.  A third case was a thirteen-year-old girl whose fifteen-year-old friend gave her acid. THIRTEEN!!!  I accompanied her and her mom to the hospital for observation considering when on hallucinogens your sense of reality is skewed as was the case with a young man who a number of years ago stepped out on the balcony of the Prima Hotel in Jerusalem where he was partying with his friends and jumped, thinking he could fly.  As you can imagine, he didn’t survive.

For the most part, these are not troubled youth.  These are kids experimenting or trying to fit in or trying to run away from internal thoughts and issues.  My belief is that every teen anywhere is at risk.  These are challenging years and we as parents often do not have the tools to communicate with our teens when they reach this age.

Some parents succeed in holding on to their kids at home after school.  Some parents believe that their kids are coming home when school ends but find out later that they are elsewhere.  Last week I encountered a group of kids who study at a school in the German Colony hanging out on the steps of the Ankori School in Zion Square.  I was interested in encouraging them to join one of the bands in my latest project “The Jerusalem School of Rock”.  When I spoke to one of their fathers he was shocked to hear that his 14-year-old son ended up downtown far from his school and home.  He asked me if I thought he was smoking pot. I told him I saw him roll a cigarette but then took a look at his What’s Ap photo and he literally had Marijuana leaves pinned to the wall in back of him.  Hard to believe that his parents didn’t notice that.  Add to that in the efforts to find more musicians for the Rock project I ventured into a local bar only to find one of the boys celebrating his 17th birthday surrounded by under-aged youth getting drunk.

Can we lock our kids in the house and tell them they must not go downtown?  Probably not.  But can we be a part of the solution?  Maybe…  The Jerusalem School of Rock, a recently formed project has begun working with over a dozen youth looking for ways to express themselves through music.  With three rock bands already formed and another one in the making these kids aged 16-18 have already performed at four events including one sponsored by the city.  Here is what one parent had to say about her daughter’s involvement: “I love this project! It gives them a chance to shine, to believe in themselves, and to feel a purpose in life. They have something to wake up to. It keeps their thoughts on something constructive, and positive!! It teaches them a lot of responsibility too. As a mother of one of these children I see how much good it is doing for my teen who is flourishing with each rehearsal and every performance.”  Quite a wonderful vote of confidence for this new project, which doesn’t stop there.

In a week we will begin bi-weekly alcohol and smoke-free music nights at the Besarabia club on the top of Ben Yehuda.  Thanks to the generosity of Genia the bar owner, kids aged 16-24 will have the opportunity to play music and jam with and for their friends in a safe environment.  This will be Jerusalem’s first attempt at alcohol-free live music jams and performances since I ran them six years ago at the sadly now defunct Off the Wall Comedy Club.  We are beyond excited!! The bands at The Jerusalem School of Rock will have the opportunity to perform for their friends and to invite their friends to join them on stage.  Masks will be worn and social distancing will be observed.  Help us to spread the word and if you have or know of any teens looking for a safe yet exciting music project send them my way! We have a FB page: The Jerusalem School of Rock. Check us out!!