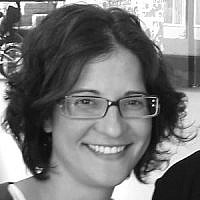 The Blogs
Melissa Steiner
Apply for a Blog
Advertisement
Please note that the posts on The Blogs are contributed by third parties. The opinions, facts and any media content in them are presented solely by the authors, and neither The Times of Israel nor its partners assume any responsibility for them. Please contact us in case of abuse. In case of abuse,
Report this post.

I don’t remember when I first became aware of the Holocaust. I don’t know how old I was when I first heard about it, or studied it, or read about this horrific event that took place and affected my personal family history and the history of everyone I knew.

But the Holocaust was everywhere.

It was in the synagogue that my family attended, and in the Galician accents to all the prayers. I had always thought that elderly members of all congregations were required to go to Florida for half the year. As it turns out, it was just mine – my synagogue was founded by Holocaust survivors and none of them could handle the cold of Chicago.

It was in many of my closest friends, and their stories of how their grandparents changed their names at Ellis Island. It was in a boy I grew up with, whose grandparents were Schindler Jews.
It was in the Yiddish, Romanian, and Hungarian that my grandparents spoke when they didn’t want us to know what they were talking about. It was in the arthritis in my Zaide’s shoulders, a memento of his punishment for stealing potatoes. It was in the numbers tattooed on my Bubbie’s forearm, a relic of her stay at Auschwitz.

It was in the names given to myself, my brothers, my sister; my mother, aunts, uncle, and cousins.

It was everywhere; but we didn’t talk about it.

And then, Steven Spielberg began interviewing survivors for his project. And my Bubbie was among them.

For the first time my family was able to hear about her personal Holocaust story. My brothers, my sister, my parents, and Bubbie sat together in the living room when the video arrived; we watched as she answered Steven’s questions candidly about her home life before the Holocaust, and in her typical straightforward manner we finally received answers to the questions we always wanted, but never had the guts, to ask.

And then, she started talking about Auschwitz. 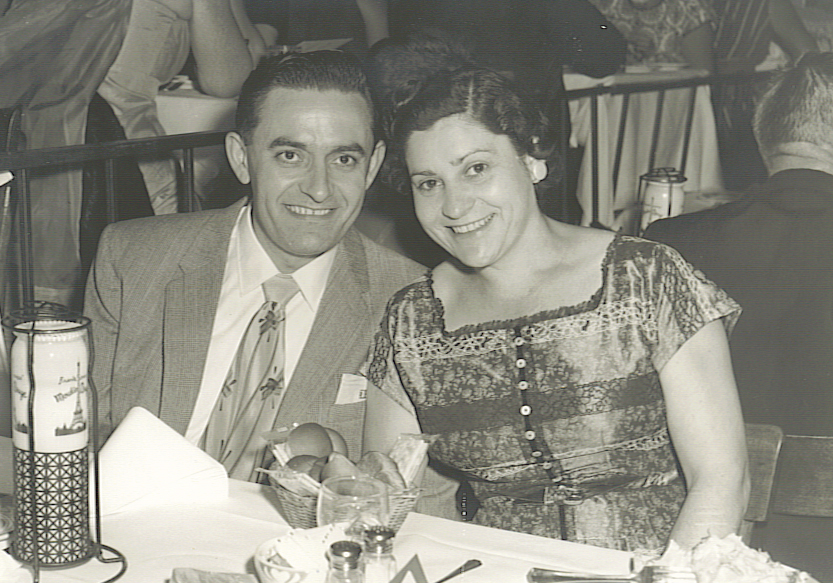 my Zaide z”l and Bubbie

She was with her sister and nephews, waiting to be selected for Life or Death at the hands of Dr. Josef Mengele. Her sister had given her a bag of cookies that she brought for her sons (Bubbie’s nephews). Bubbie was sent to the Life line; her sister and nephews to Death.
But my Bubbie still had the cookies.

Thinking only of her nephews, not knowing what her actions might mean for herself, she quickly turned around to go to the Death line, so she could give her nephews the cookies.

And Dr. Mengele grabbed her by her hair, said “dummes madchen” (stupid girl), and threw her back into the Life line.

But this wasn’t a selection like the ones we had known about, where he passively moved his arm one way or another. He actively grabbed her from one line and put her in the other.

He. Actively. Saved. Her. Life.

I do not remember much of my Bubbie’s story after that point. There was a general sense of shock amongst my family members, as this bombshell of a realization sunk in. For me, 17 years old at the time, I simply remember thinking that this was absolutely crazy.

I spent the better part of the next few weeks in a haze of confusion, as I tried to make sense of this new and really unwanted piece of information about my Holocaust story.

I had not told any of my friends that my Bubbie was being interviewed. I’m glad that I had kept my mouth shut about it, because I didn’t have to relate the story to them afterwards.

How could I explain to my friends that I was here because Dr. Mengele had a change of heart?

What made him choose my Bubbie, and not someone else?

What kind of backlash would I receive from my classmates? It was bad enough that we teased each other for the usual teenage reasons. But this would bring about an entirely different kind of torture.

The worst part, is that it completely changed my perception of Dr. Mengele. How could I explain that the Angel of Death is my Angel of Life?

Who would believe this story?

I am a direct descendent of my Bubbie and there are times when I still don’t believe it.

But I am here. My brothers, my sister, my daughter, my niece. We are here because Dr. Mengele actively chose my Bubbie for Life. This realization comforts me. It means that, without any doubt or survivor’s guilt, I and my family are meant to be here. My very existence, my very lineage, has a purpose. And that is a very encouraging thought.

My Bubbie, now 91, lived to have children and grandchildren and, in August 2013, dedicated a Torah scroll in memory of my grandfather (The Ultimate Revenge for Holocaust Survivor: New Torah Scroll).

“And G-d reached out His hand…”

So this year, when the siren goes off on Yom HaShoah, I will think of my namesake and those of my brothers’ and sister, my mother, my aunts, and my uncle, and my five cousins. I will stand in solemn attention and think of all those family members who I never met, but who continue to exist in my Bubbie’s memory.

And, for the first time, I will also think of Dr. Josef Mengele. I owe him my life. I am a Jewish mother living in the state of Israel.

Wouldn’t he be proud?

This post has been updated to clarify the spirit of the ending and to add a link to an article.

About the Author
Melissa is a bohemian artist trapped in the body of a responsible adult. She traded the cold of suburban Chicago for the smog of suburban Tel-Aviv, and doesn't miss it at all. (maybe a little) You can follow her periodic ramblings at her blog, https://www.therestlessmama.wordpress.com/
Related Topics
Related Posts
Comments