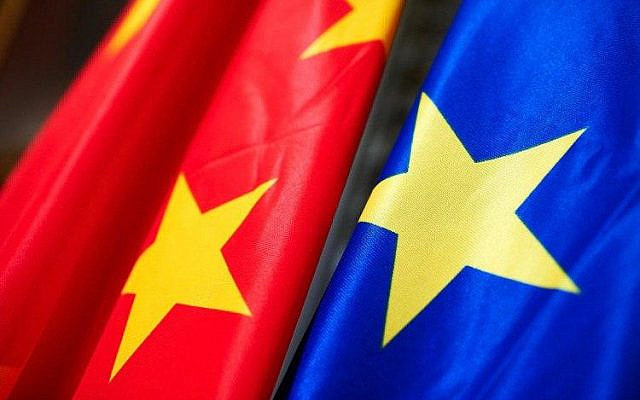 Four decades ago, doctrine of the world’s major multinational corporations with the help of the left politics of US Democrats and European led by then-President Jimmy Carter took control of politics of the world. In fact, from that point on, the world was handed over to China’s “global economy” and, with the Islamic Revolution in Iran, it began to dismantle several friendly and pro-Western countries. This world is now tied to Coronavirus.

Most of the countries that have been devoted to this inhumane and wrong policy, today they have all been in a state of anxiety and despair, and they are gradually realizing this great mistake.

Turning to the short-term gain, the EU’s top politicians turned their members toward the Chinese globalist economy, turning heterogeneous cultures into a paradoxical rivalry in a matter of years.

An example is the arrival of Sheikh Hassan Rouhani as President of the Islamic Republic of Iran, with the support of the Chinese, to Italy, and the then Italian government covered its cultural sculptures with boxes. Sweden, not to be left behind from appeasing the Chinese master, sent a team to Tehran with disgraced head covers to meet mullahs. 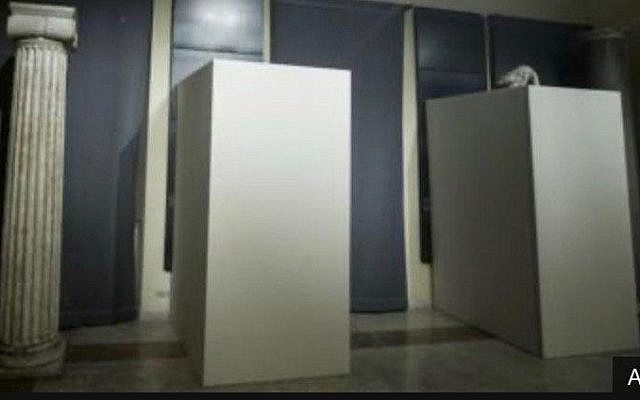 Plywood boxes concealed the nude statues at the museum in Rome during 2016 Rohani’s visit, image from Wikipedia

In this regard, what has caused the union’s inaction and confusion is the disregard for the values that have emerged in the shadow of democracy, and this is certainly against the will of the people of its member states. The Brussels-based European Left, regardless of the fact that the Islamic Republic is an inhuman and pro-terrorist regime in the world, has only considered short-term economic interests and has competed with the United States to show its strength under the auspices of the poor Chinese economy. Today, we witness its negative consequences during the outbreak of Coronavirus.

The question now is: is the EU’s foreign and economic policy on the decline? After repeated mistakes by the union, which was result of the ensuing the economics of global communism, regardless of cultural differences; now, with the arrival of national-liberal and valuable representatives from different European countries on the one hand, and the new US administration with the same policy on the other, the contradictions within the European Union have become more apparent.

In fact, the ideas that sought to keep these countries together, top down, with the global-Chinese economy, and to dictate decisions centred on Brussels, were cracked. Today, they are in disarray, and there is no consensus. Some EU member states removed the EU flag from their frames.

With the outbreak of the coronavirus in Europe, no EU government is willing to take responsibility for the aftermath. France, the EU’s second-largest partner in the relatively high economic and political crisis, has blamed Italy and asked them to adhere to EU principles. Italy, which faces many economic problems, has said if there is no assistance from the EU, there is no reason to stay in the Union.

On the other hand, after the closure of borders of European in recent weeks, the verbal conflict between the border police on the French-German border with the citizens of the two countries who work in each other’s countries shows that the EU’s policies have failed. They are possibly approaching an unintended conflict – in which, the citizens of these countries do not want any part of it.

The European Central Bank (ECB), which has said it is reluctant to provide loans to some EU member states due to their inability to repay, and recommended that, those EU member states that can repay, collectively provide financial assistance to countries that are not economically sound.

In fact, the EU Central Bank’s proposal to the citizens of various EU countries with better economies is either to pay higher taxes or lower living and social standards, that they have worked on for years, to alleviate the economic problems of other EU countries in trouble. They are trying to solve the economic crisis, and this will result in a public protest in various European countries.

Today, when the United States is embroiled in a major conflict with China, who believes that China has delayed the news of the spread of the deadly virus and caused hundreds of thousands of deaths in the United States and around the world, must pay a heavy price. There are also rumours of the transfer of Apple’s production lines from China to India.

It is natural that as long as there is no lack of transparency, hypocrisy and lies in politics, another lie will be tried to eliminate it. This is where truth and democracy are called into question. This is clearly seen in the state media in European countries these days.

In any case, the EU is struggling and its own existence is under question. Today, the European Union, along with expedient appeasement of China, has the same dual approach to the Islamic Republic of Iran. It is not possible to ignore peace and people’s rights like Iran and pursue policy of short-term profits and it is time for valuable and transparent and it must be within the framework of democratic values.

Finally, the Coronavirus, with all its costs and damages, unveiled value-added policies and showed that liberal nationalism was the antidote to the widespread corruption caused by the globalization market. More importantly, it is beginning of the end of anti-American and anti-Israeli that lasted forty-one years, with the Islamic Revolution, from Tehran to the heart of Europe and the United States, which has infected the world and was sending it to its demise.