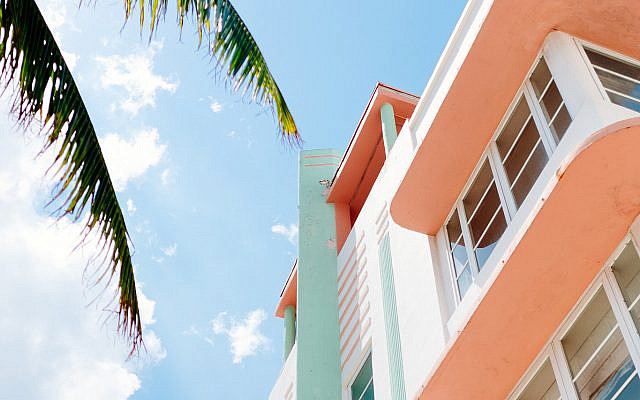 Photo by Jason Briscoe on Unsplash.

Back at the end of 2013, I moved from a retirement community in Pembroke Pines, Florida, where I lived with my mother, to Miami Beach. A real estate friend of mine helped me find a one bedroom apartment in a old 1936-built two-floor Art Deco building on 79th and Harding. The neighborhood where I chose to make my new home went by the name of North Beach, or Little Buenos Aires.

The building was blue and white, and the stairs creaked when you went up to the second floor and there was even an old wooden ironing board that came out of my living room wall. I was completely in love with it. Stepping inside this old building in the very beginning was like going back in time to 1940s Miami Beach.

It was owned by a French woman whose husband had apparently bought it for her as an investment property. Before I moved in, all wide-eyed and in love, I failed to anticipate all the issues I’d eventually have. But it didn’t matter, because I was two blocks from the beach and about five blocks from Surfside where one of my literary heroes used to live.

Yes, I was close to Isaac Bashevis Singer’s old neighborhood and it felt like destiny. One day I decided to make the short trek to Surfside on a rented bicycle with my old dog eared copy of “Shosha” in my front pocket. I took a couple of photos at the Isaac Bashevis Singer Blvd. sign between Harding and Collins and then rode on to the Surfside Towers, a literary landmark where he lived from 77′ until 91′.

Sometimes, I’d eat at a deli nearby, imagining that it was the same deli  he also spent time in and I would somehow soak up some of that literary greatness into my own work. It is widely known that Singer spent some of his most productive years in Surfside.

My time in North Beach was taken up by hardly any writing since I was still burned out after finishing my first novel. I don’t recall writing a single word. I was trying to meet women at dive bars and eating out at as many South American steakhouses I could find.

I was lusting for food, women and vice, and — like Yasha Mazur in “The Magician of Lublin”– I was not devout to my religion, which was writing and literature.

Sometime after about a year of living there, some of my friends stopped coming and I found myself alone trying to live up to some type of phony bachelor life ideal that I thought would lead me to meet the love of my life. That never happened, I did not meet the love of my life in North Beach or in Surfside, as I stalked the ghost of Singer.

What I did find was a new appreciation of solitude that gave me the luxury of a quiet mind. My uncluttered brain was now free to visualize where I wanted my life to go.

The building was eventually condemned by the city of Miami Beach because the owner always hired the wrong contractors for the job –who knew you had to install hurricane-resistant windows all at the same time or you were violating code?

Towards the end of my sojourn in that building, the only people left were me and a woman that lived in the apartment below me. The owner couldn’t let us stay anymore. My bohemian dream was over. And despite the holes in the wall from the unfinished construction, and lack of hot water, and the gas stove not working and no WiFi, I still wanted to stay.

It was so tough having to leave on my last day that after finishing the clean-up of my apartment I went to the ocean to take one last dip. The weather was nice and windy and the water was warm. I swam out like a giddy dolphin and next to me, a beautiful woman from Venezuela, who was smiling and glistening from the late sun asked me, “Do you live around here?”

About the Author
Fawzy Zablah was born in El Salvador but raised in Miami. Among his works is the short story collection CIAO! MIAMI and the novel RARITY OF THE CENTURY. His fiction has been published widely at Hobart, 3AM Magazine, Acentos Review and Expat Press. His short story, THIS MODERN MAN IS BEAT, was adapted into an award winning short film in 2015 currently playing on Amazon Prime. He is hard at work on a novel about the Arabs and Jews of Latin America with the working title of GITANES.
Related Topics
Related Posts
Comments
Advertisement