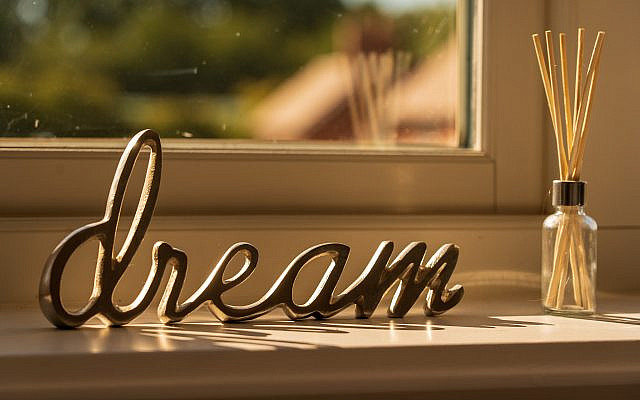 Many of us dream, sometimes wondering whether they deserve serious attention. The subject of dreams is quite involved, but I will share a story I recently heard from a Rabbi in Israel and a note from Rabbi M. M. Schneerson that was recently published on this subject.

A woman in Israel took it upon herself to pay for the special Kaddish prayer to be recited for those who passed away without descendants. After a while, her husband happened to pass away, and his business went bankrupt. She decided that come what may, she would not abandon “her souls.”

She revisited the people saying the Kaddish and made arrangements under new terms since she was not as wealthy anymore. As she was coming out of the Talmud study center, a man approached her and made small talk. She mentioned that she had two daughters to marry, and he offered to help with their weddings.

He asked two students to come out and witness him signing the check, “just in case.” The next day, she went to the bank and was sent to the manager because it was such a large check. The manager saw the check and fainted.

When he returned to himself, the manager asked how she got the check, and the woman shared her story. The manager showed her a photo album and asked that she identify the man, which she did. The manager said, “That was my father, who passed away some time ago.”

The manager continued, “My father told me in a dream last night that because this lady was doing what I, as a son, was neglecting (to say the prayer for a deceased parent), he would be sending a reward and that it should be honored. And you walked in.”

The two boys who witnessed this story were (to become famous Rabbis), Rabbi Y. H. Zonnenfeld and Rabbi Greenvald!

Someone once wrote to Rabbi M. M. Schneerson that he had recurring dreams (which is many times a sign to take seriously) in which he repeatedly grows angry over the injustices of the world, and as a result, would like in his dream to “Get up and out.”

Rabbi Schneerson responded, “In general, it is not necessary to look for guidance from dreams. For this (personal guidance in life), God granted the Torah to the world, a Torah (an instruction) of light, and a Torah of life, which illuminates the way in one’s life. Sometimes, if a person does not follow these instructions from God in his Torah, (then, infrequently) messages can be suggested in dreams.”

The Rebbe continues…” It is pretty obvious that there are no hints here (in your dream) regarding the crookedness and deception of the world at large since it is not in your realm to improve (the world). On the other hand, your dream shows you that you should become angry over the fact that your world, dependent only on you, is being conducted with injustice, not according to the rules of God. You should proceed by living daily according to the instructions and rules of God in actual practice.”

Rabbi Schneerson mostly told people to disregard dreams, that they were a result of a person’s thoughts of the day. A person should be careful who they share their dreams with because “All dreams follow their interpretations.” Giving charity to a Godly cause was a remedy if a dream bothered someone.