One frightening night for me was when I found myself being chased by someone. I ran away as fast as I could and made it to my apartment building. But they followed and kept closing in on me…and I was pretty scared.

And then…I woke up.

Dreams or nightmares happen all the time.

Sometimes, we remember them. And they have been a subject of curiosity for millennia.

What do dreams mean?

Can they portend the future? Think of Joseph’s and Pharaoh’s dreams in the book of Genesis, which are all about future events, which all come to fruition.

Or do dreams reveal secrets about our subconscious?

Or do they simply help the brain process the numerous stimuli we encounter each day?

Many traditions have dream dictionaries like one from China written 3,100 years ago. And almost two thousand years ago, the Talmud spent a fair amount of text explaining what our dreams mean.

This week’s parashah opens with a dream. 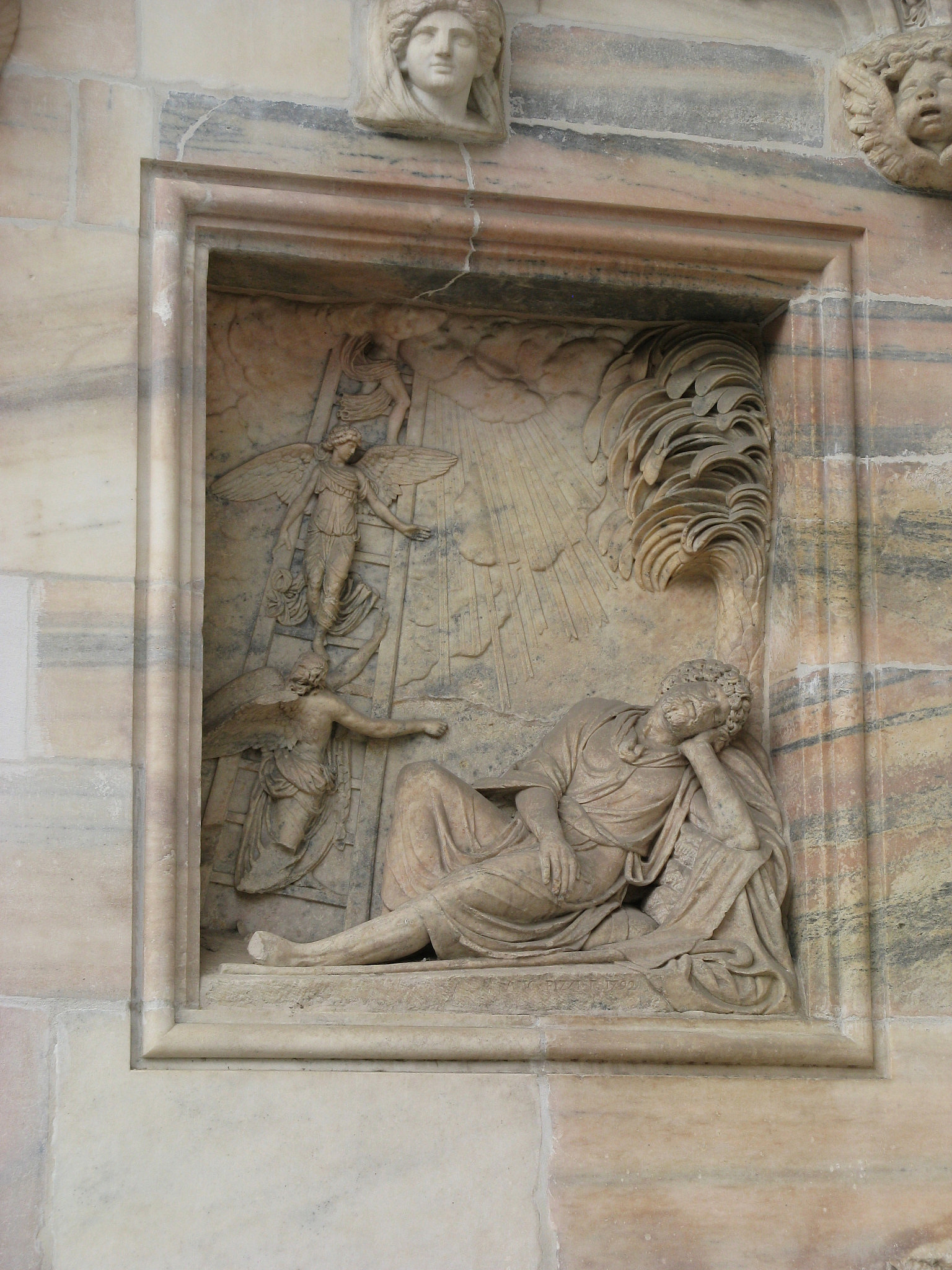 Jacob has run away from his brother Esau who sought to kill him because Jacob had stolen his father’s blessing. Leaving home Jacob heads for his mother’s birthplace of Haran. But he’s tired and coming upon a place, he stops for the night, taking a stone as his pillow.

He dreams of a stairway to heaven (one of my favorite songs!); angels ascending and descending upon it. God reassures him that God will be with him on his journey. Given his intense anxiety, the dream’s purpose seems to be to allay these overwhelming emotions. 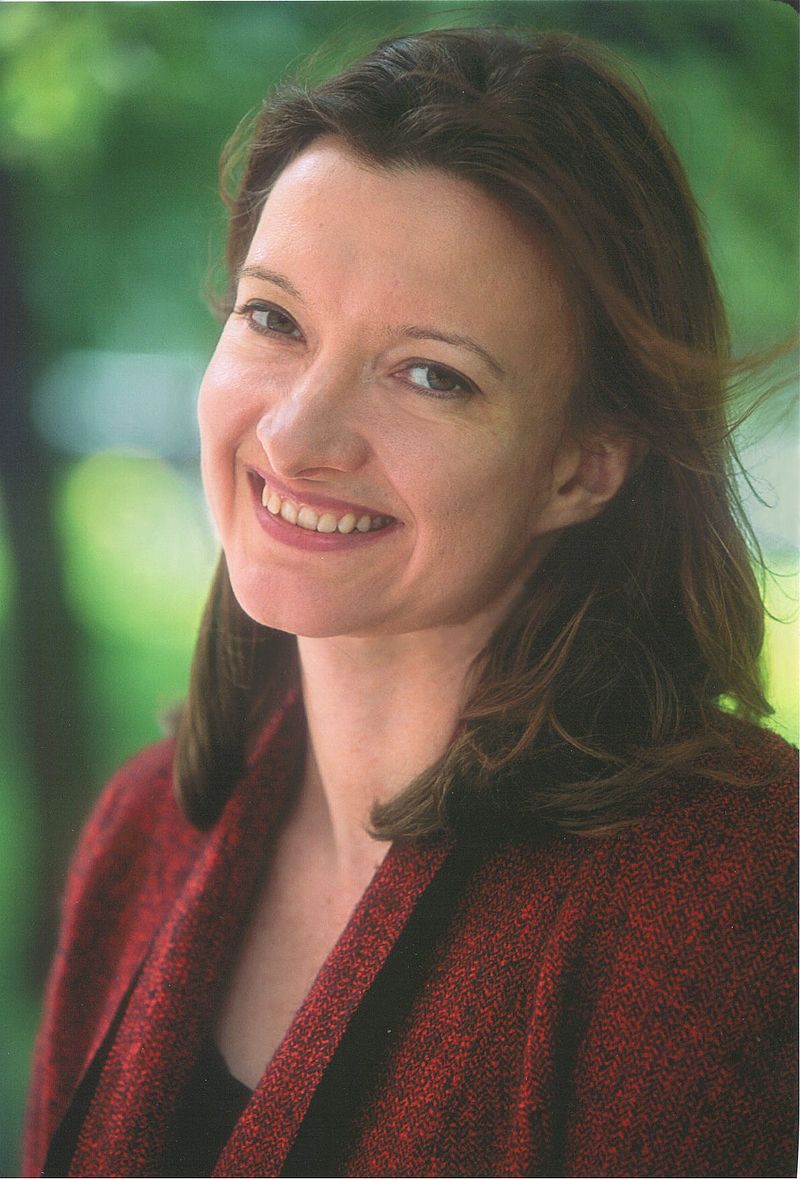 This week I read an article entitled “Did Covid Change How We Dream” by Brooke Jarvis. It focused on Deidre Barrett who teaches in the psychiatry department at Harvard Medical School. Barrett collected more than 15,000 dreams over the first 18 months of the pandemic.

There were a number of insights she took away from these nocturnal visions. The pandemic produced more than the usual number of memorable dreams perhaps due to the stress we are all experiencing. The total number of dreams remembered increased as some people slept more or because of the great upheaval the entire world experienced.

So, what is the purpose of dreams?

The jury is still out.

Some maintain that they are fundamentally meaningless and are “merely a side effect of random neural firings as the sleeping brain goes about more important business.” (NY Times) 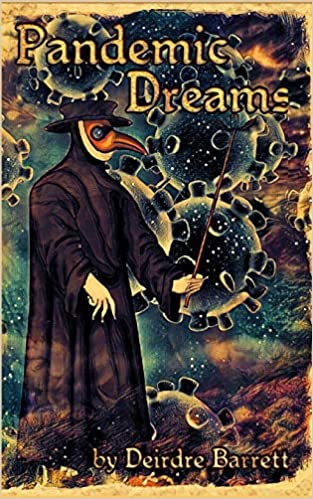 But, as the pandemic demonstrated, there are patterns we can learn from them. Over almost the last two years, “we dreamed about the pandemic. Barrett tallied stories of monsters lurking just out of sight, or invisibly attacking the people around them. Many people reported more bug-dreams, often scary swarms of insects, which she interpreted as the sleeping mind’s pun on [the word] ‘virus’ [which in computer speak is called a bug.]”

Some have pointed to how dreams help us process information we experience during the day. They can also help with our creativity and strengthen decision-making, exemplified by the common phrase “Let me sleep on that.” They can help us cope with the complexity of life.

I have found that although I rarely remember my dreams; more regularly, I awake with an idea that can help my own thinking. In fact, part of this sermon was aided by a sleep process that led me to know what I wanted to share.

When I wake up remembering a dream or parts of one and share it with my wife Sharon, she asks me to think of the feeling. What was I feeling in the dream? That can unlock an insight into what my brain was or is experiencing, helping me understand or cope with what I have been worrying about or what lies before me.

Some of these notions are found in Jacob’s dream. God reassures him; this accords perfectly with the notion that dreams help us cope with anxiety.

But I want to explore another insight that occurs after Jacob wakes up. Upon arising, he declares to himself: “Akhen yaeish Adonai ba-makom ha-zeh v’anokhi lo yadati – Wow! (my modern translation); Wow! God is in this place and I wasn’t aware of it.” (Gen. 28:16) 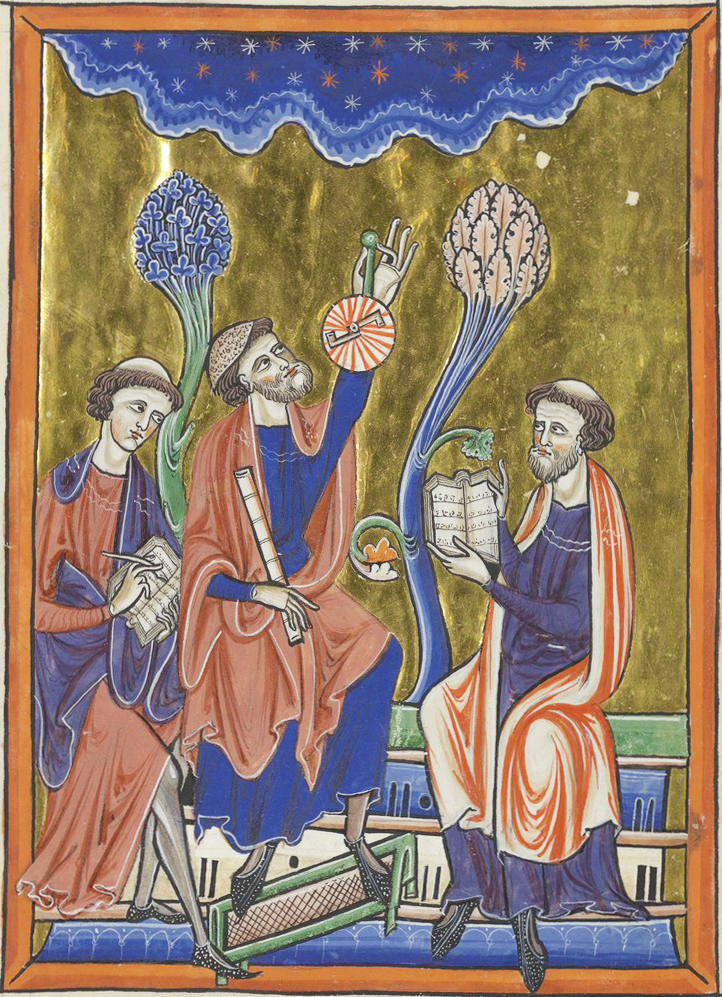 His dream has led him to a new and deep spiritual realization. Ibn Ezra, the great 12th Century Spanish commentator explains that Jacob is in an inexplicable place; “it is an extraordinary mystery.” While it’s unclear if Ibn Ezra is referring to only the place or to Jacob’s state of mind, I would offer that is both.

He is in a place where he has had a transformative experience. But he has also become aware of the extraordinary mystery of the universe. He has had a spiritual encounter.

This mystical experience propels Jacob forward and can be understood as his first encounter with the Divine.

Just as Jacob’s grandfather was called to go forth to a new land experiencing God and Moses gets called at the burning bush, Jacob experiences the oneness of God.

The backstory is important. He’s stressed, he’s fleeing for his life, he’s not sure what lies ahead.

The dream contains this dissonance – the angels are moving up and down perhaps reflecting the unsettled experience he is having. Those heading up might represent his hopes for the future and the descending figures, his fears. There is no equilibrium, no one to help him as he places his head on the rock to sleep.

But that situation shifts after his dream. His uncertainty about his predicament changes radically after he hears God’s reassuring presence in his dream 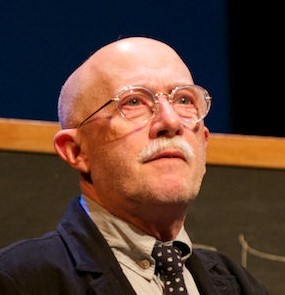 Lawrence Kushner, an author and rabbi, wrote: “A mystic is anyone who has the gnawing suspicion that the apparent discord, brokenness, contradictions, and discontinuities that assault us every day might reveal a hidden unity.”

I love this quote.

Sometimes we experience the world as challenging, even broken. But behind that, there is a Oneness, an awareness that everything is interconnected and from that place, we can experience a mystical intensity.

Perhaps Jacob felt that after his dream. His troubled soul becomes aware of God’s presence which sends him forth reassured and more settled.

May our dreams help us deal with uncertainty in our lives, bringing us closer to a more calm appreciation of our world and its intrinsic Oneness.