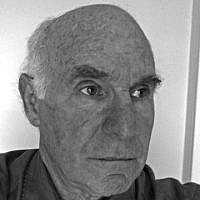 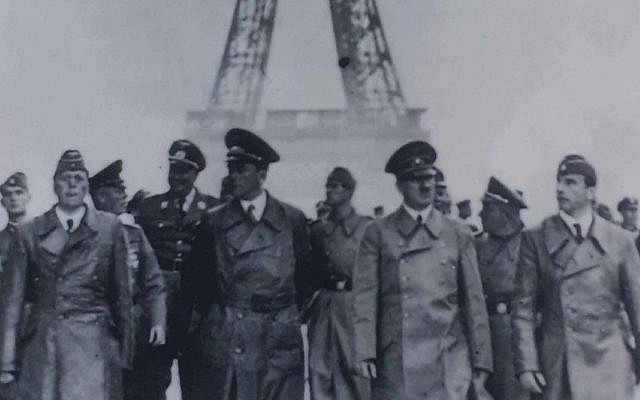 Hitler and his Pretend Generals

Coming soon to a neighborhood near you: Hitler, his generals, his Wehrmacht — and his tailor.

This is the tacit message of a deceptively simple, phenomenally effective propaganda photograph of the Second World War: the Nazi dictator at the Eiffel Tower.

After France fell to the Germans in June 1940, a phalanx of newsreel cameramen and still photographers accompanied the Nazi dictator on his rounds in France.

Several locations offered prime-meat propaganda. The First World War ended with Germany surrendering to France in a railway carriage at Compiègne near Paris on November 11, 1918. The historic carriage was then displayed in a museum.

When the situation was reversed—the French capitulation to the Germans—Hitler ordered the carriage to be transported from the museum to the same Compiègne forest clearing. In addition to making a compelling photograph, this location would rub French noses in it.

Many Nazi photographers were also on hand when columns of Wehrmacht soldiers marched victoriously at the even more familiar Arc de Triomphe in Paris. (After the Normandy invasion four years later, Allied soldiers and photographers mustered at the same location for strikingly similar marches and photographs.) 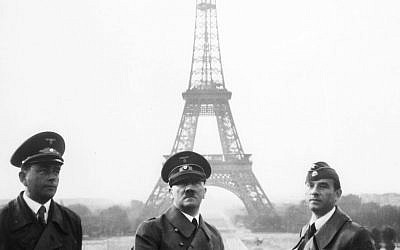 After Compiègne, Hitler went to Paris and, in rapid succession, visited several sites, including the ornate Garnier opera house, Napoleon’s tomb at Invalides and the Church of Sacré Coeur.

Inevitably, the Eiffel Tower—the instantly recognizable symbol of Paris—would provide the mother of all photographic opportunities.

Images of the Nazi leader at this iconic location would convey the fact of German victory and domination. The photograph alone would broadcast the message. No caption would be needed.

Hitler and his aides, although aligned in military-style rows and columns, are higgledy-piggledy, not positioned exactly one next to and behind the other. They are strolling, not marching in strict formation, let alone goosestepping.

The Germans were masters of precision marching, but here they opted for regimented casualness—a casualness that proclaims, and flaunts, immense confidence and fearlessness.

This seemingly offhand attitude has actually been carefully stage managed. Some of the men who look, dress and waddle like generals were not part of the military at all. The photograph relies on smoke and mirrors and, like all good magic tricks, is hidden.

Hitler’s militant warriors carry no visible weapons. Some are looking up or to their left or right, and some are talking, even laughing. Soldiers in a potentially hostile foreign city are alert to snipers and other dangers. This group has no such worries. They could be ordinary tourists admiring this magnificent city.

By its lackadaisical demeanor, this unarmed platoon exudes more menace than the armed Wehrmacht soldiers at the Arc de Triomphe.

Later, after the war shifted to the Eastern front, Soviet troops captured a German motorcyclist. According to the Red Army’s celebrated military correspondent Vasily Grossman, the Soviet soldiers were impressed not with the motorcycle but with the rider’s coat: “Everyone admires his long, soft, steel-coloured leather coat. This means: how on earth can one fight people who wear such a coat? Their aircraft must be as good as their leather coats.” Grossman was Jewish. His mother was killed by the Nazis.

German propagandists knew that these greatcoats were impressive, militarily impressive. It was neither accident nor coincidence that all of the members of Hitler’s Eiffel Tower platoon sported a greatcoat on a warm summer day in Paris.

Each and every man, even if they were not actually part of the military. “Field-gray uniforms had been provided for us artists, so that we might fit into the military framework,” notes Albert Speer in Inside the Third Reich.

Minister of Armaments later in the war, Speer was the architect designing a megalopolis for his megalomaniacal client in 1940.  Hitler had specified that this part of his Paris excursion was, Speer adds, “a kind of ‘art tour’”, not an official visit.”

If this interlude at the Eiffel Tower had been part of a military or “official visit,” Hitler would have been flanked by a bona fide general—a Keitel or Goering or Speidel. Instead, pride of place alongside the Nazi leader went to Speer immediately to Hitler’s right, and Arno Breker, a sculptor, to the left. In the row behind is Hermann Giesler, also an architect. Others in the group are real generals and aides.

Another famous photo of Hitler at the Eiffel Tower depicts the dictator alone or with Speer and Breker standing still, framed by the huge tower. In this entourage photo, the group has their backs to, and are walking away from, the Eiffel Tower. This, too, sends a message: We are still on the move. We are seeking more conquests.

Their next stop would have been Britain, and if not for the Royal Air Force and the English Channel, Nazi cameramen would have posed Hitler and his aides at Big Ben.

Instead, exactly one year after the Compiègne armistice—on 22 June 1941—the Nazis invaded the Soviet Union. Within months, German soldiers reached Moscow’s suburbs.

And got no further. The Kremlin, like Big Ben, was out of the picture.

Nazi fortunes looked much better a year later, however, after the Germans blasted Stalingrad literally to bits. The Nazis were so certain of surrender that “a team from the propaganda ministry awaited its capture, ‘ready to film the raising of flags’, and the press begged to be allowed to proclaim ‘Stalingrad gefallen!’” writes historian Antony Beevor. 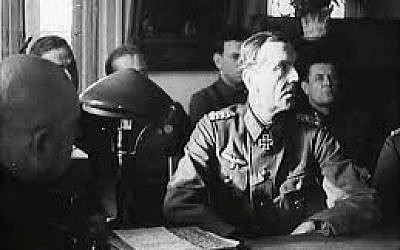 With the ball now in the Soviet court, Josef Stalin sent his best cameraman to photograph Paulus surrendering to Red Army Generals Rokossovsky and Voronov.

A poorly lit photo of Paulus’ surrender appeared in foreign newspapers and was seen by a furious, and suspicious, Hitler.

Was Paulus really alive? German field marshals traditionally committed suicide rather than surrender; that is why Hitler promoted Paulus in the first place.

Perhaps, Hitler hoped, his new Field Marshal had indeed done the honorable thing by doing himself in, and the photo had been doctored. Nein, said Heinrich Hoffmann, Hitler’s trusted chief photographer. The image was genuine. 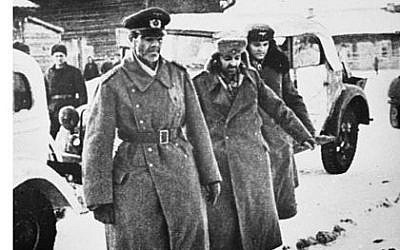 mate is a photo of a captive Paulus with his aides, Generals Arthur Schmidt and Wilhelm Adam, in the Stalingrad snow. Each wears a greatcoat (Adam wears a Russian ushanka fur hat), and each looks relatively fit, even Paulus, who had been plagued by dysentery and depression.

Ordinary Sixth Army soldiers also suffered from dysentery, as well as typhus and lice and frostbite and worse—their misery compounded by serious shortages of food, medicine and, remarkably, winter clothing.

Many German soldiers lacked ordinary winter coats, let alone greatcoats. They stuffed rags and even paper to insulate their light jackets against the relentless cold. In the tens of thousands, they lost fingers and toes to frostbite. Many froze to death.

In 1940 Nazi leaders wore winter clothes on a summer day in the French capital.

At Moscow in 1941 and Stalingrad in 1942-3, ordinary German soldiers were issued uniforms more appropriate for Paris in June than winter in Russia.

About the Author
Robert Liebman is an American-born London-based freelance journalist who has written for most British national newspapers, and many magazines. As a graduate student he specialized in Jewish-American literature and wrote his doctoral dissertation on Norman Mailer. As a journalist in Britain, Robert's primary topic was real estate, while his main interests currently are Israel and the Second World War.
Related Topics
Related Posts
Comments