Up until now, I chose not to write about my thoughts and feelings with regard to the tragic, heart-wrenching week we had just experienced. I felt like I was drowning in an ocean of conflicting emotions, each one like a current, pulling me in in one direction and then another, but all inexorably pulling me under, until I felt like I could no longer breathe.

I felt anger. Anger at the barbaric violence of terrorists, whose hate is so passionate, that they have no problem opening fire on people quietly waiting for a bus, just going on with their ordinary lives. Anger that they intentionally targeted a pregnant young woman, showing such callous disregard for life. Of what crime can the unborn child, lying in the watery world of its mother’s womb be found guilty before it is even born? Anger at the government that in its obstinate determination to prove how life in the West Bank is “normal”, ignoring the cauldron of violence that is an ever-present risk for those living in the West Bank, it sets up roadside bus stops, making these people easy targets. And then in feigned doe-eyed innocence refusing to recognize their cavalier negligence. I admit, that overcome with sadness at the loss of life, I even felt anger at the victims, shouting inside my head “What were you thinking, when you chose to place yourselves and your family at risk by choosing to live in the lion’s den”? And then, for them refusing to acknowledge their part in this tragedy, by making the choice to live there, but rather placing the responsibility on the army to protect them. As an ex South African, I would consider it totally insane for instance, for a White person to uproot his family and move to live in the heart of Soweto. I see this as the same, political and ideological motivation notwithstanding.

I felt sadness. A deep, sinking sadness, so heavy that it seemed to drag my heart down to the pit of my stomach, making every breath I took, cause pain in my lungs as they shuddered with emotion, as if I would suddenly break down in sobs, mourning the deaths of people I never knew. The kind of sadness where you cannot stop thinking about the grieving families, and how suddenly an enormous black hole has swallowed them up. How their lives have been shattered, never to be the same, where every laugh, every milestone in their journey from now on will be tinged with a sadness; a longing and a yearning “if only” he/she were here with us. The sadness, like wave after wave crashes against a rock, pummeling it into submission. First for the life of a 30 week old baby, which valiantly struggled to live for three days, before its fragile little body could fight no more. And then as I listened on the radio to his funeral and his name, it brought stinging tears to my eyes, blurring my vision and making me pull over to the side of the road until they subsided. And, just as they did, another wave of sadness hit, as news of the murder of two young soldiers broke. As a father who has sent two sons to the army, I know what it is like to sleep every night with one ear cocked for a late night phone call, one we dread but reluctantly learn to live with. And to witness from a distance how that dreaded fear becomes a shattering reality for a family, and imagining that it could have been you who received the news of Job, the sadness sinks deeper and consumes your thoughts, momentarily immobilizing you. 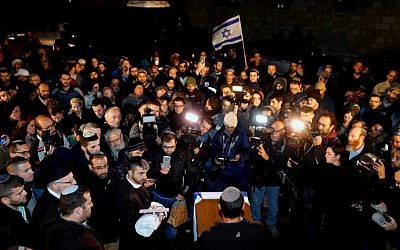 I felt helplessness. I felt helpless that we seem unable to stop these attacks, that these poor victims are not the last in this never ending, bloody conflict. That, this madness will drown us all. I felt helpless thinking how we will retaliate which we surely will, and how ineffective it will be, because it will surely not stop the next attack. That, it will just be more of the same. I felt helpless, thinking about the vicious cycle, that when Israel retaliates, Palestinian families who had nothing to do with these terrorist attacks would endure more hardship and humiliation as we search to exact our retribution. How this will only add more fuel to the flames of resentment which burn in the hearts of Palestinians, which will maybe drive more young men over the edge, to join Hamas, or conclude that they will achieve more with their lives, if they die while taking the lives of Jews with them. That, becoming a martyr is infinitely better than living how they are living now. How we feed off each other’s hate and then blame the other to justify our own.

I felt hopeless. I thought how futile this all is. That, these terrorist attacks are not really going to hasten Israel’s demise. That, killing a 30 week old baby is never going to make Palestine “free”. That, the Palestinians are going nowhere, because they too have nowhere else to go, and we are stuck with one another in a Sisyphean struggle, piling pain upon misery on the other, but no blow is truly decisive. Hopeless, that we are both stuck in this conflict, forced to play it out, but with no conclusion in sight. And this hopelessness brought with it anger.

Anger that it does not have to be this way, but rather our leadership has set these parameters. They have taken away our hope. And I cannot forgive them for that. For ten years we have been told that the best we can do is “manage the conflict”. Is this the price for “managing the conflict”? Because, if it is, little, tiny Amiad Yisrael, deserved for his sacrifice to mean more. We have a leadership intent on maintaining forever a status quo, which is impossible. We have a Prime Minister with no vision but with an insatiable appetite for power, which he does nothing with. When there is not even an attempt to resolve the conflict, no attempt to even negotiate with the other side, to build trust, to seek a future for our children which does not have to include such deep, tragic loss, then you cannot say that you have tried everything. When you only have a hammer at your disposal, you can only drive the nail as deep as it will go. It will only make it harder to extract the nail, which is what we should be looking to do. We are told that we tried peace with Oslo, and it failed. Perhaps. But, we have also tried force and military domination for nigh on sixty years, and we cannot say that it has worked either. Yovel Mor Yosef, Yossi Cohen and Amiad Yisrael Ish-Ran are just the latest in the long list of victims to prove that. 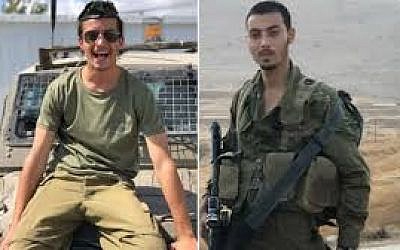 And, out of all these despondent emotions grew a renewed determination. A determination that I will not sink into despair. That, we cannot afford to give up on our hope to live in security and at the same time to search for a way to end this conflict. That, we are obligated to not give up, that we must tirelessly, unselfishly look to build a better and safer future for our children. Because, in their deaths, they exhorted us to do better. And we must do better. And if our prime minister is out of ideas as to how to do that, he must move aside. That is my determination.