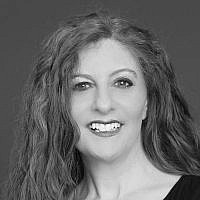 The Blogs
Anna Kingsley
An intrepid explorer, a female Indiana Jones, a Brit who also loves to dance!
Apply for a Blog
Please note that the posts on The Blogs are contributed by third parties. The opinions, facts and any media content in them are presented solely by the authors, and neither The Times of Israel nor its partners assume any responsibility for them. Please contact us in case of abuse. In case of abuse,
Report this post. 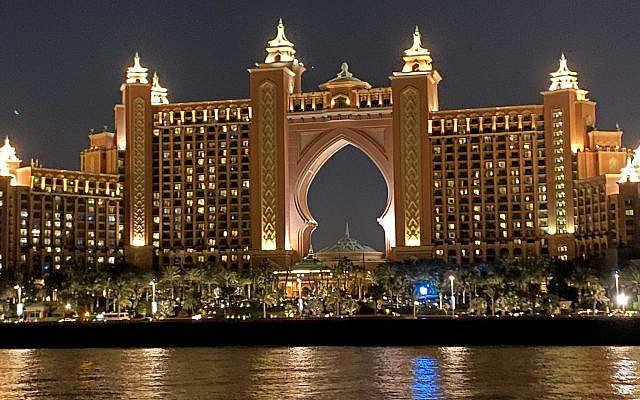 12,000 Israelis (although some sources have stated as many as 66,000) travelled to Dubai in December 2020 alone. With this in mind, I thought I’d write a guide in English for those visiting to give them some tips on what to do and what to expect.

In 2015, Dubai was the fourth most visited city in the world, so isn’t it time you went? And I’m NOT on commission or have any ulterior motive! I was just pleasantly surprised by the place. Now, this could have been because travel is a passion of mine and due to the coronavirus etc. I hadn’t been out of Israel for over a year, so was feeling rather claustrophobic. But even so, for someone who’s travelled most of the world, I was still extremely impressed by the place. And given, it’s geographical proximity to Israel (if nothing else!) is worth a visit for Israelis. 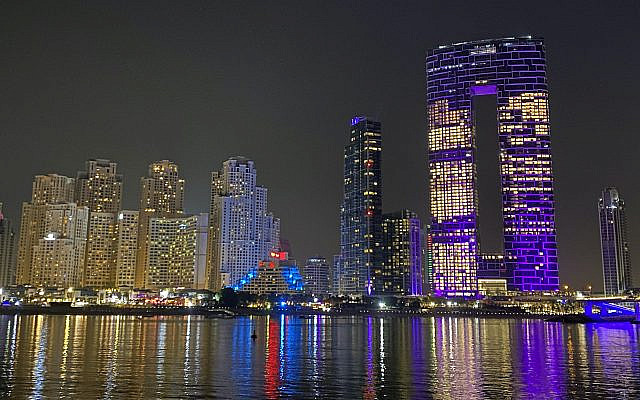 First to know, Dubai is an extremely safe city, one of the safest in the world. If you love architecture it should also completely lived up to your expectations, and more – there are stunning skyscrapers everywhere, plus it is clean and spacious. All extremely impressive given that Dubai was a desert a few decades ago. 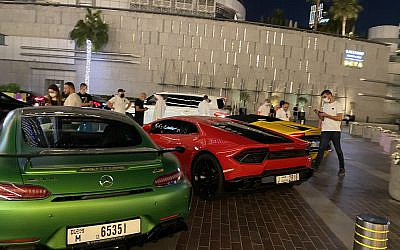 The car park outside The Dubai Mall © Anna Kingsley

I’m sure if you’re a city planner you’ll notice it’s an exemplar of good city planning too! It’s the complete opposite to London, for example, with its tiny streets that have been built round over the centuries, and weren’t designed for cars in the first place. 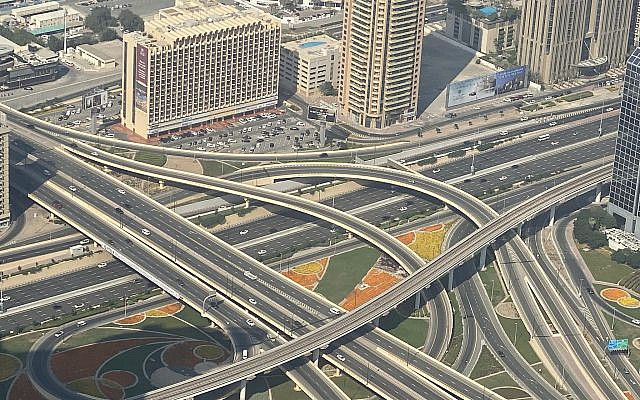 View from the Burj Khalifa of the freeway running through Dubai City Centre. © Anna Kingsley

There’s a nine-lane freeway running through Dubai’s city centre and I didn’t experience any significant traffic. Even if there is, you can just sit and admire the cars around you – which are sure to be some of the most expensive and rare models in the world. 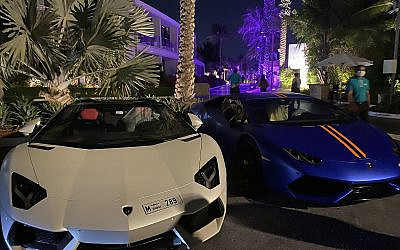 In the car park at The Atlantis Hotel, Dubai! © Anna Kingsley

My boyfriend, who’s a car fanatic, was in heaven. You can show him the most impressive building in the world but if there’s a cool car outside, he’ll just be fixated on the vehicle and won’t recall anything about any major historical site or even being near it! This was my take out from trying to show him London anyway.

Travel Tip: Be sure to pick up the free city map from your hotel which, as they go, is an extremely good one. This is from someone who’s been globe-trotting for years, has visited most of the world’s main cities and finds there are major benefits of being old-skool and having a paper map!

Currently the Dirham is more or less the same value as a Shekel so it’s easy to make that all-important currency conversion in your head! 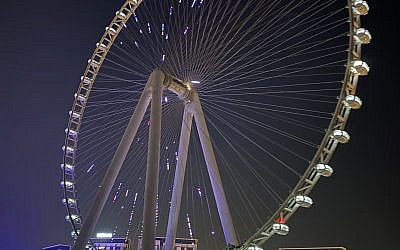 What makes me laugh about Dubai (and apparently even the locals too smirk at this) is that everything is ‘the tallest’, ‘the biggest’ etc. For example, they’ve built their own version of the ‘London Eye’, which claims to be the biggest Ferris wheel in the world, as it was specifically built a few meters taller than this, not that I’m begrudging or anything! 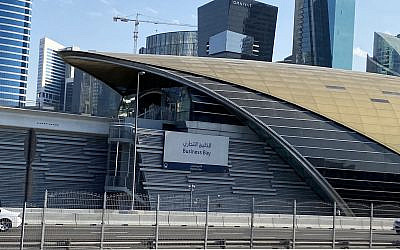 As well as being a new city with zones such as ‘Internet City’ and ‘Media City’, it is a place virtually built for tourists. For example, the famous shopping malls are open until midnight. This is very freeing as it means you can go off and see the city and have an adventure, as I did, in the day, and then go shopping at night! You can really make the most of your time there, which is great as usually when you travel you’ll only spend a few days in a city. 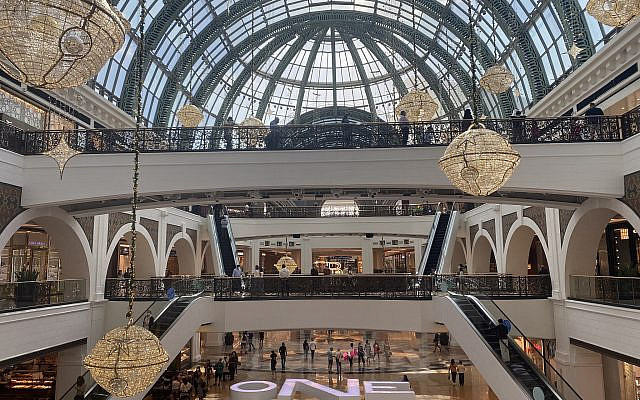 Dubai is the shopping capital of the Middle East with 70 shopping centres! There are two main shopping malls, however, The Dubai Mall and The Mall of the Emirates. We stayed in the latter in the Sheraton which I highly recommend if shopping is a priority on your trip and time is short. You literally press floor two in the elevator and you’re in the mall! Also, The Mall of the Emirates is perfectly situated in the middle of town. It’s equidistant from the Palm as well as Downtown Dubai. 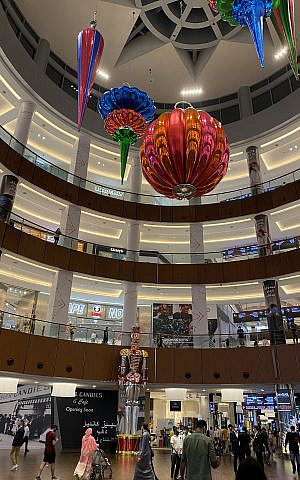 It has 900 outlets, so is smaller than The Dubai Mall, which has 1500! There’s a large Carrefour in the basement which is full of the real cheap n cheerful stuff (the closest you’ll get to Primark in Dubai) and then a range of well-known brands scatter the rest with everything from Adidas to M&S. That’s right there’s a Marks and Sparks as well as Harvey Nichols! I felt like I was in England again. Most of the shops are British or international brands and it’s better than most shopping centers in England, as its zoned i.e. all the sports shops are together, shoes, household goods etc. 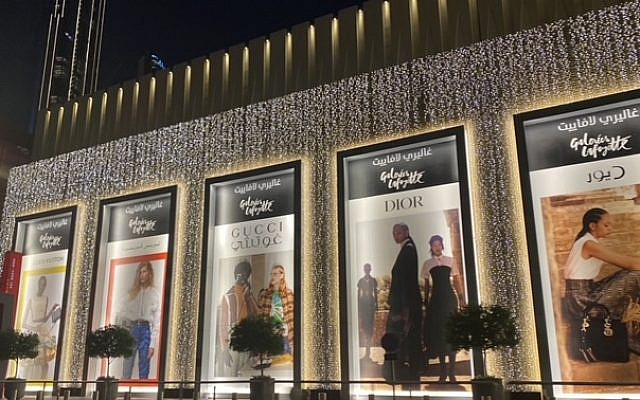 Over a million meters, another biggest for Dubai, The Dubai Mall is the biggest shopping centre in the world. If this is not enough a new wing is being built which in one year alone anticipates 100m shoppers! Be warned if you’re going to The Dubai Mall to get the entrance right as it can take half an hour to walk from one gate to the next as the mall is so big. 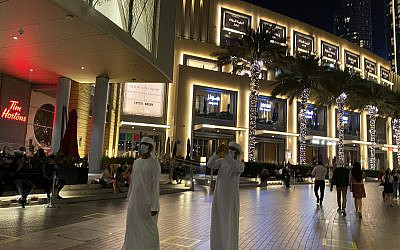 The Fountain area, outside The Dubai Mall. ©Anna Kingsley.

The shops in this mall tend to be more designer, Gucci’s and Prada’s, rather than more ‘realistic’ shops that you might be able to afford to look at, and actually buy in, in The Mall of the Emirates. The Dubai Mall houses the Aquarium, an Olympic sized ice rink as well as the entrance to The Burj Khalifa – the tallest building in the world. This took 30 construction companies from around the world to build and finally opened in 2010. 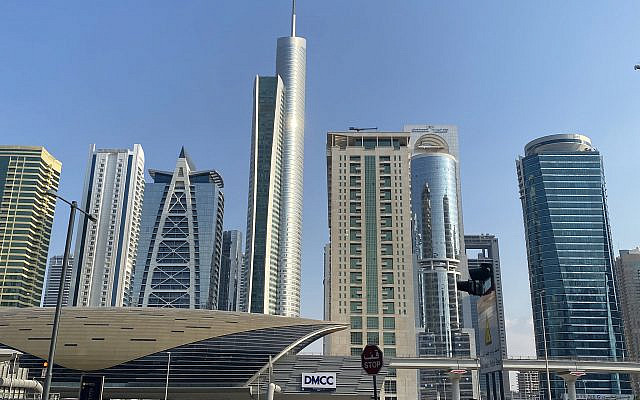 In general, Dubai is an extremely easy city to get around. If driving is not your thing, there is the metro. Opened in 2009, the metro is, for the most part, over ground and runs above and alongside the freeway. So, a double whammy – you can get great views of the city centre at the same time as transiting from A to B! It is also not manned by humans but is purely computer operated.

Travel tip: Leave time if travelling by metro as, for example, it stops at The Dubai Mall but it literally takes a minimum of 20-30 mins (depending on your speed) to walk from the metro along the escalator glass walkways (also with great views of the city) until you’re actually in the mall! The whole city is built so that you don’t even need to go outside, which is perfect if you consider that summer there can be 50 degrees centigrade! You buy a plastic travel card that costs 25 AED, but is topped up with 19 AED credit. I think each journey is 3.5 AED. 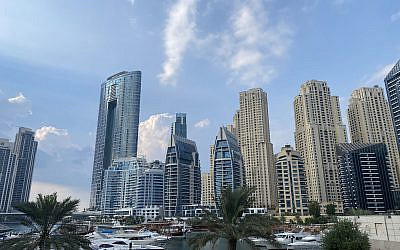 Dubai from the water. © Anna Kingsley

If you want to go to the Palm Jumeirah, the man made island, you switch to a tram and then there’s a monorail that lines the centre of the island (the trunk of the palm tree) all the way to the Atlantis Hotel.

Taxis are also extremely cheap and safe in the city and I had no trouble picking them up on the street, so I didn’t even bother using Uber in the end! I always have a chat with the driver on the way as I like to find out as much as possible about real life in a place. Approx. 70% of the 3M inhabitants of Dubai are actually foreign workers, mainly from The Philippines, India, Pakistan and surrounding areas. It is these folks who you’ll see in the shopping malls and around town for the most part, not the Sheikhs that you may imagine. In fact, there are many more people garbed in the full Burka in the West End of London than I saw in the whole of Dubai — presumably, it’s because they’re relaxing in their villas and palaces! 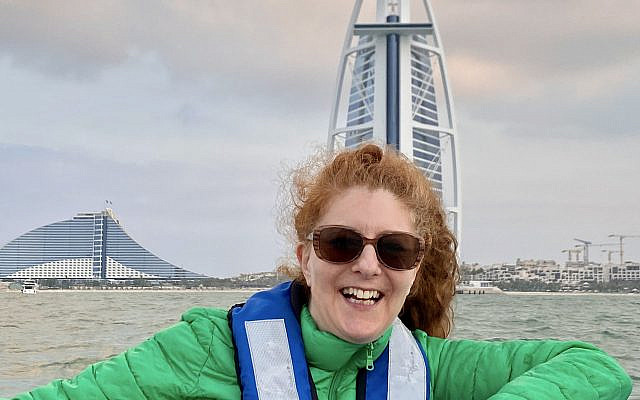 View of the Burj Al Arab from a speed boat, Dubai. © Anna Kingsley

Read more about these sights and some of my adventures in the city in this Dubai blog – part 2…watch this space! 😉

Would love to know your experiences in Dubai. Please add a comment below. 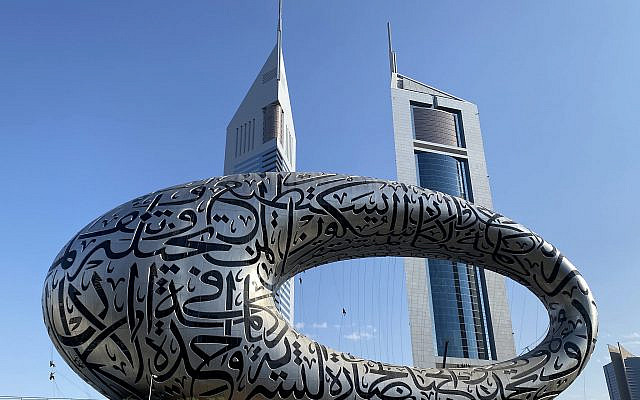 Museum of the Future, Dubai. © Anna Kingsley
About the Author
Since making Aliyah in 2013, Anna has been living and working in TLV as a Marketing Director for Hi-Tech start-ups. She’s got over 20yrs’ experience in marketing, has won several major awards and has worked with well-known brands, such as Coca-Cola, Match.com and Dixons. Prior to this, Anna had a successful career as a TV Producer/Director working for the likes of the BBC, Sky, NBC, Universal Films and other leading broadcasters and production companies. During this period Anna interviewed many celebrities - everyone from David Bowie to Michael Caine - and worked on many famous series. Outside of her career, however, Anna has always had the travel bug. She crossed Russia and China on her own (before iPhones and the internet) as well as the rest of Asia, Africa, Europe and the Americas. In fact, it was her love of travel, coupled with making films, that started her Aliyah story. She was making a travel documentary, 'Globe Trekker: Israel & The Palestinian Territories', for worldwide broadcast, when she fell in love with Tel Aviv. The rest as they say is history, well almost...Anna always jokes she's too busy living the next adventure to write the book, although she does intend to one day! Meanwhile, she's contenting herself with a little blogging.
Related Topics
Related Posts
Comments