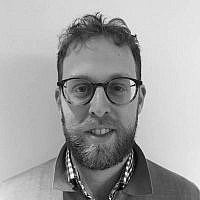 The Blogs
Russell Shalev
Apply for a Blog
Please note that the posts on The Blogs are contributed by third parties. The opinions, facts and any media content in them are presented solely by the authors, and neither The Times of Israel nor its partners assume any responsibility for them. Please contact us in case of abuse. In case of abuse,
Report this post.

During the May 2021 Gaza conflict, a line was crossed. While Israelis ducked in bomb shelters to avoid Hamas-launched rockets, Diaspora Jews around the world found themselves on the front lines as well. In major cities around the world, frenzied mobs gathered to denounce Israel. Jewish institutions were vandalized and defaced, and individual Jews were attacked and harassed.

On the eve of the Jewish festival of Shavuot, a convoy of cars flying Palestinian flags drove through Jewish neighbourhoods in North London screaming “f*** the Jews, rape their daughters.”

In Germany, hundreds of anti-Israel protesters surrounded a synagogue in Gelsenkirchen, chanting “sh***y Jews”, while elsewhere, protesters burned Israeli flags in front of synagogues. Across other European cities, gangs of Islamists chanted “O Jews remember Khaybar, the armies of Muhammad will return”, taunting them with a repeat of the 7th century Khaybar massacre of Jews in Arabia.

These extreme manifestations of anti-Israel directed Jew-hatred did not appear out of nowhere. They are the poisonous fruits of an ideological campaign whose opening salvo was launched at the 2001 Durban Conference, ironically known as the World Conference against Racism, Racial Discrimination, Xenophobia and Related Intolerance.

As the two decade anniversary of the conference approaches, it is worth remembering how Durban laid the grounds for an all-out propaganda war against the Jewish state and Jewish peoplehood. Many of the themes that took center stage at the Durban Conference became main tropes of “the new antisemitism” – denial of Israel’s right to exist, demonization of Zionism, all the while gaslighting Jews by denying that such things are antisemitic. These very themes later became the basis of the widely adopted International Holocaust Remembrance Alliance (IHRA) working definition of antisemitism.

The Durban Conference, as its name suggests, was intended to be a world summit dedicated to fighting racism and discrimination. In the preparatory meetings running up to the conference, radical NGOs, Palestinian groups and delegates from the Organization of Islamic States hijacked the preceedings and injected rabidly anti-Israel and antisemitic language.

These radical activists worked to remove reference to “the Holocaust” from the draft texts, replacing it with “holocausts”. They added language uniquely referring to supposed Israeli crimes, or such outlandish phrases as “Zionist practices against Semitism” – intended to obfuscate and confuse the true meaning of antisemitism (ie. hatred of Jews). Activists distributed blatantly antisemitic material such as the Protocols of the Elders of Zion and caricatures of hook-nosed Jews.

At the NGO summit that ran parallel to the official UN-sponsored conference, the final text adopted by the participants called upon all states to “impose a policy of complete and total isolation of Israel as an Apartheid state as in the case of South Africa”. This strategy eventually crystalized into the Boycott, Divestment, Sanctions (BDS) campaign – one of the primary vectors for contemporary antisemitism and hostility towards the Jewish state.

Durban, therefore, was the catalyst for a virulently anti-Israel form of antisemitism (often known as “the new antisemitism”) that is based on the denial of Jewish historical ties to the land of Israel, the “racialization” of Zionism and its identification with the crimes of apartheid and genocide. This new antisemitism denies Jews the right to recognize their own oppression, instead accusing Jews of weaponizing the charge of antisemitism to maliciously shield themselves from criticism. Classic antisemitic stereotypes such as Jewish bloodlust and conspiracies have been updated and repackaged against the State of Israel.

By associating Israel with racism, genocide and apartheid, (rightfully) considered some of the worst crimes known to man, anti-Zionists create a justification for the Jewish state’s destruction. Diaspora Jews, many of whom share deep ties with the State of Israel, have become targets for exclusion, disenfranchisement and even violence. Anti-Zionists have revived the hateful “Jewish disloyalty” trope, portraying Jews as a malevolent fifth column, shilling for Israel at the expense of their home countries.

On the eve of the 20th anniversary Durban Conference, slated for September 2021 under the official auspices of the United Nations, eleven countries have stated they will not participate, citing antisemitic concerns with the conference. Despite the importance of this step, a boycott of Durban isn’t enough. It is incumbent upon states that value human rights to reject the entire movement that Durban represents: anti-Zionism and anti-Israelism. Certainly, every one of the over 30 countries that have adopted the IHRA definition must make good on their commitment to fight antisemitism.

As the events of May 2021 demonstrate so clearly, there is a direct line between delegitimization of the Jewish state and violent attacks on Jews. Although Israel-haters may sell anti-Zionism as trendy and progressive, it is a regressive revival of antisemitism, the world’s oldest hatred. As antisemitism in the West reaches levels unseen since the end of the Holocast, the 20th anniversary of Durban is the perfect opportunity to reaffirm the struggle against anti-Zionism and Jew-hatred.

About the Author
Russell A. Shalev is an Israeli lawyer at the International Legal Forum. He has worked at the Israeli Ministry of Justice, commenting, and working on relevant policy. He clerked at Herzog, Fox, Neeman in the International Public Law department, focusing on security export control, anti-bribery and anti-corruption compliance. Russell has a BA in political science from McGill University, an MA in Middle Eastern studies from Bar Ilan University, and an LLB from Bar Ilan.
Related Topics
Related Posts
Comments