Haredi women are dying of modesty and living in a ghetto of silence.

The death rate among Israeli Haredi women from breast cancer is 30% higher than in the general population. This, despite the fact that the rate of haredi women diagnosed with breast cancer was 70% lower than secular women, according to various studies.

In Haredi society, speaking of breasts and other female body parts is immodest.

So they aren’t spoken about.

This means that Haredi women have fewer breast exams and mammograms are not routinely done and too many women do not learn that they are ill until they are dying.

I cannot bear that there are women feeding their children, cooking, working, cleaning, etc. going through life, unaware that they will be dead in a month. And for no reason! Early detection gives options and saves lives. We deserve better. My daughters deserve better.”

When being interviewed on a Haredi radio station, she began to speak about breast cancer awareness. The interviewer raised his voice and said. “If you speak of immodest things, I will end the interview!”

Ruth is raising funds to print posters in the Haredi style and distribute them in neighborhoods where women do not know that they can save their own lives. The posters will be a modest call to women to be aware of the disease, to get informed and have mammograms.

She is convinced they will save lives.

I myself have written about this before. At the Knesset hearing on women’s health, not one Haredi MK (all men) showed up. Haredi women are not represented, and they are not receiving the vital information they need to save their lives. Thus, Haredi women have the lowest life expectancy in Israel.

This campaign is vital.

Please help us break the Ghetto of Silence and keep mothers alive for themselves and their children.

THIS WILL TAKE YOU TO THE PAGE TO DONATE.

The amount needed is small — the impact will be huge.

Please help me raise $2,000 for thousands of women in danger. 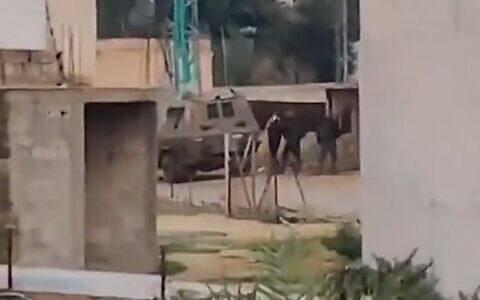